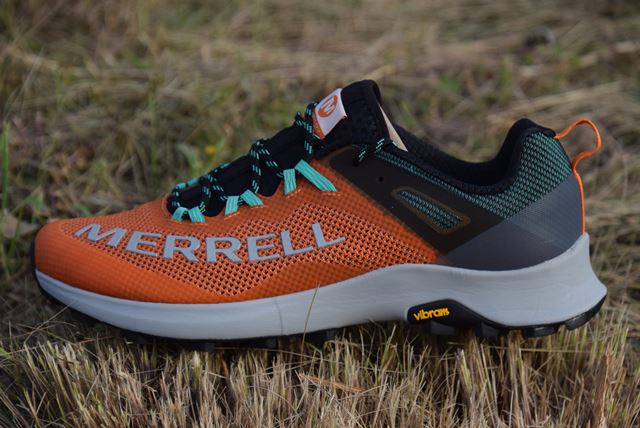 Analysis and characteristics of Merrel MTL Long Sky one of the star models of the brand founded in 1981 in the United States and which is specialized in outdoor activities such as hiking, training (based on barefoot) and especially what concerns us now: trail running. And although Merrel’s catalog is quite extensive, among all, one of the ones that stands out the most is undoubtedly this MTL Long Sky. 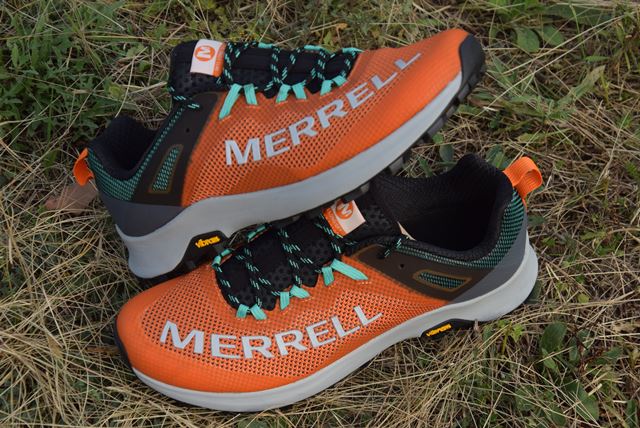 Focused on competition, on all types of terrain and on all types of surfaces and environments, the American brand conceives it as good companion especially over long distances. For this, it has a surprise in the midsole that will undoubtedly help when the forces are already just right and the management of the footprint is more difficult.

Resistant mesh, resistant Vibram sole, … the theme of resistance is repeated a lot in which a surprising low weight will also collaborate, since it is mounted on just 280g in the case of the finish for men and 230g in the case of women.

We see the details. 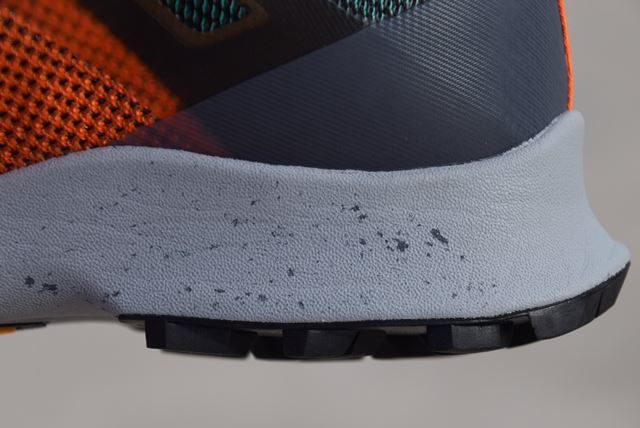 The Merrel MTL Long Sky midsole is made primarily of EVA (Ethyl Vinyl Acetate) material that provides cushioning and durability. To withstand changing terrain, Merrel has thought of a medium thickness, this being 24.5mm and 16.5mm, which gives it an 8mm drop.

One of the elements that must be highlighted, for those who are interested in anti-rock reinforcement plates, is that it does not incorporate it. It is not necessary, but without a doubt those who are continuously passing through territories where a lot of stone that sticks into the shoe has to be stepped on, perhaps they can miss it. 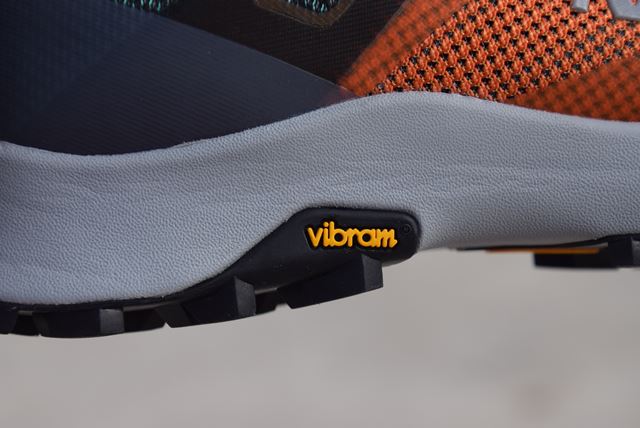 An advantage that Merrell has added, thinking of those who make long, very long runs, beyond …, is the inclusion of a reinforcement zone just under the plantar arch. This means that a runner who after many kilometers is so married as to lose efficiency in the tread, this element, a material with a higher density, will help keep it more stable.

For the same reason, those who already have an unstable footprint, or even who overprone, will do very well from the start. And of course, for everyone, the inner template is removable in case whoever uses them already has their own personalized templates. 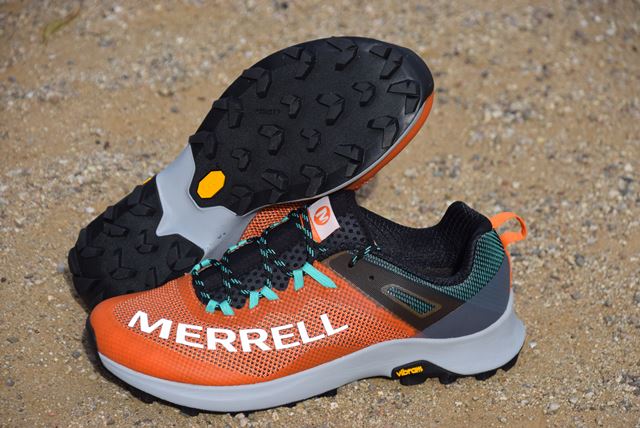 The Merrell MTL Long Sky sole is one of the stars of this sneaker. Built with ultra-resistant material Vibram Megagrip, this compound from the Italian brand with the same name, also has a great capacity to respond both in dry and wet environments with proven solvency. Vibram not only serves Merrell, but a number of brands that make high-end technical footwear. 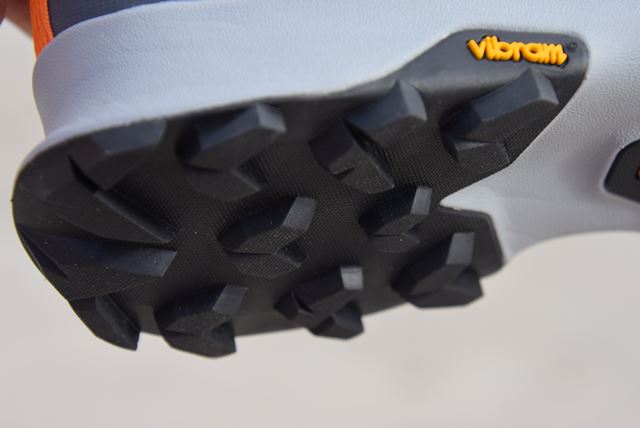 This is because Vibram Megagrip has a great performance when it comes to working on the grip, regardless of whether the surfaces, even rocks, are wet or dry.
This at the level of material, since with respect to the design of the sole, the use of 5mm deep studs that will stick in any terrain, especially soft ones, stands out if they are placed in front. 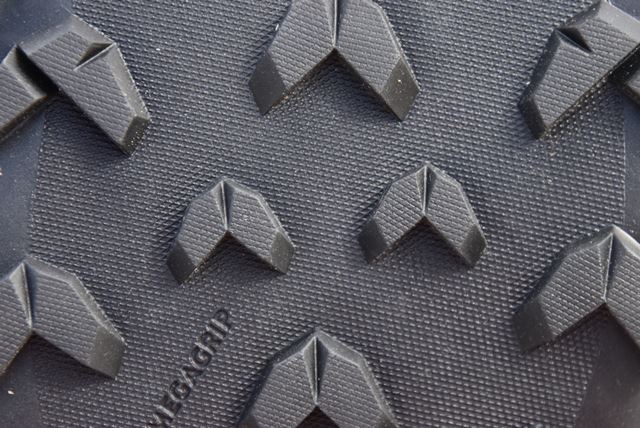 And there are not many, just 30 arrow-shaped studs, and well separated from each other. That separation helps the shoe flex better. 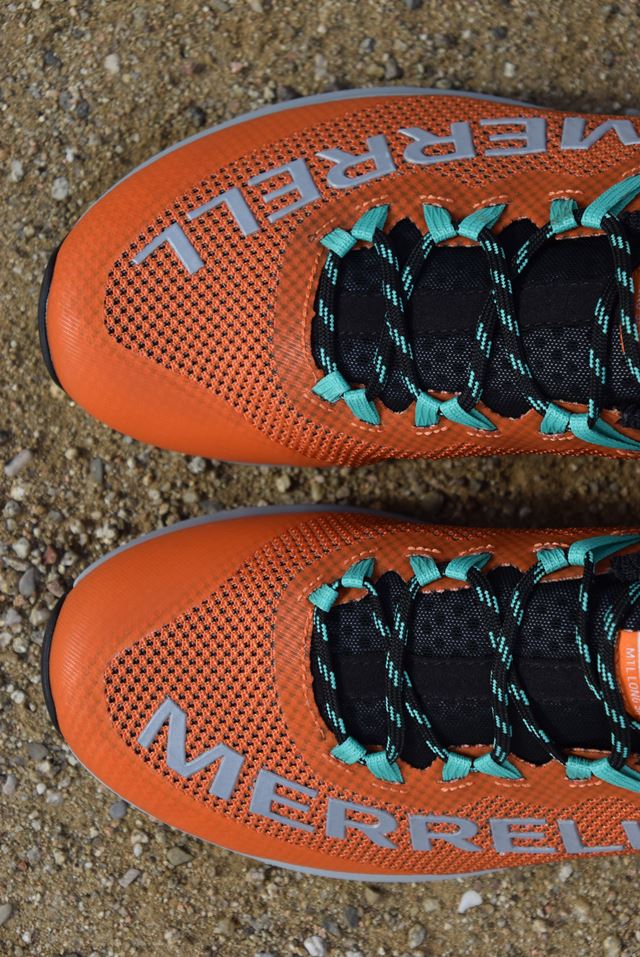 The Merrell MTL Long Sky upper uses a one-piece, single-layer mesh. A battle between the reinforcements and the mesh’s own grid is observed in it. These reinforcements are sheets made of TPU that Merrel has distributed in this MTL Long Sky mainly in the toecap and in the inserts of the laces.

This will protect against small bumps, but as it perspires little, the rest of the mesh that remains visible is one layer and is heavily perforated by a multitude of large holes that are responsible for the ventilation of the foot. Thus, the toe area and both sides provide the necessary breathability in a shoe that will be used for a long time.

By the way, the front protection is stretched to cover the area of ​​the big toe and thus prevent premature breakage of a mesh that is already resistant to tears. 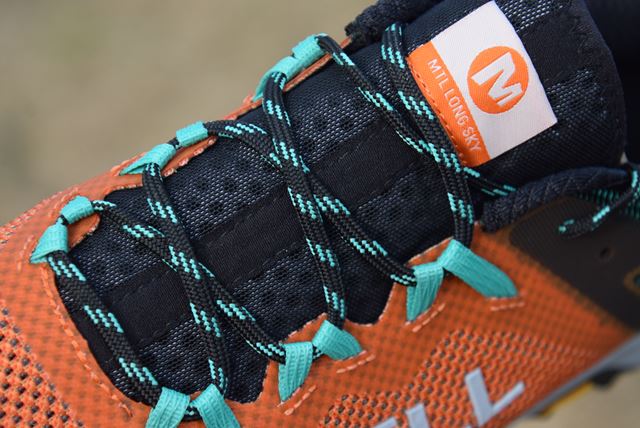 Although the laces have a more or less normal loop, they are not passed through eyelets themselves, but through straps (six on each side and inserted into the midsole) and that, when knotting the loop, distribute the tension on both sides. of the foot, holding it.

From behind, we see a heel counter, also made of TPU, although here it is much more resistant. This, together with the fact that the laces go through a last buttonhole (this is normal) and that pulls directly around the ankle, will hold it forcefully, especially when impacting with the footprint. 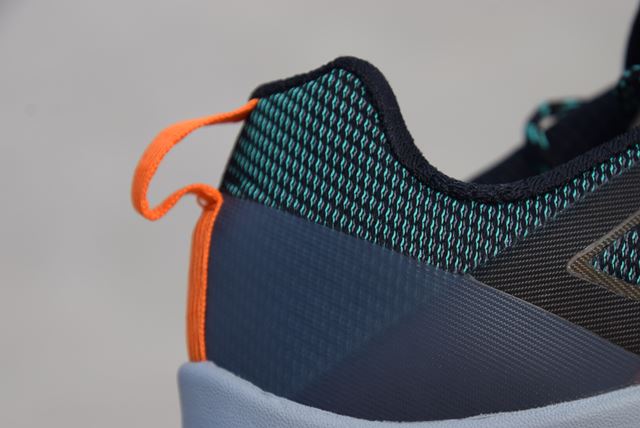 Here a generous strap stands out to help you put on shoes. This gives way to the most comfortable part of this shoe: the cup, which is highly padded and reveals the inner insole, made of EVA foam. 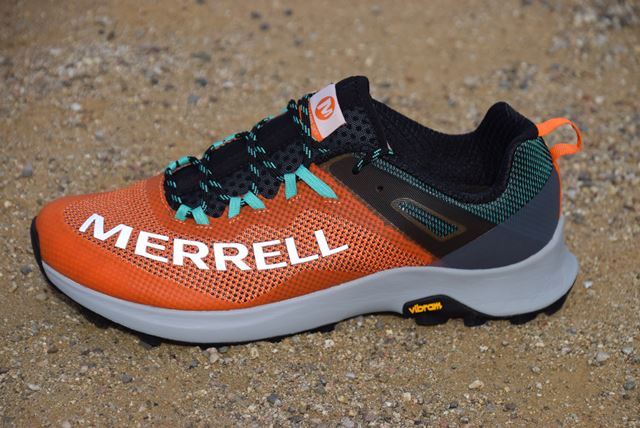 The last thing to highlight about the upper cut is the reflective material that, although it is not behind on the heel, is curiously all the name “Merrell” inserted throughout the instep. This makes this MTL Long Sky one of the shoes with the most reflective material inserts.

Merrell MTL Long Sky is a trail running shoe with features that make it valid for competition and to travel or play races regardless of the distance, including the longest.

To do this, it mounts a low-weight chassis, to be mountain footwear, being only 280gr in the male finish and 230gr in the female one. It incorporates a midsole built in EVA with the reinforced arch area to give stability at the start, and that will go very well for when it costs to keep the tread stable.

The sole is one of the best of this MTL Long Sky since it uses 5mm studs that are well separated and incisive and made of Vibram Megagrip material that works well both dry and wet. On the top, an upper that combines areas reinforced with TPU and others that are very open and ventilated contribute to the low weight of the shoe. 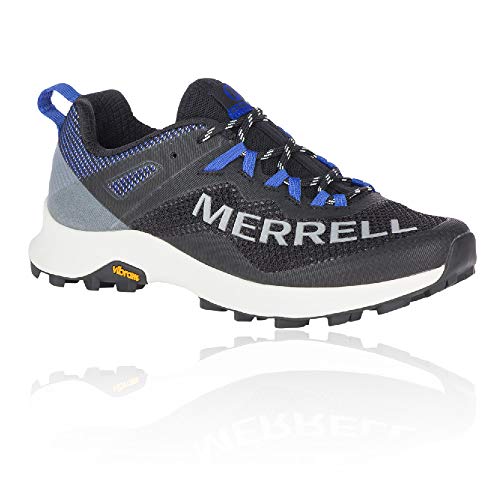