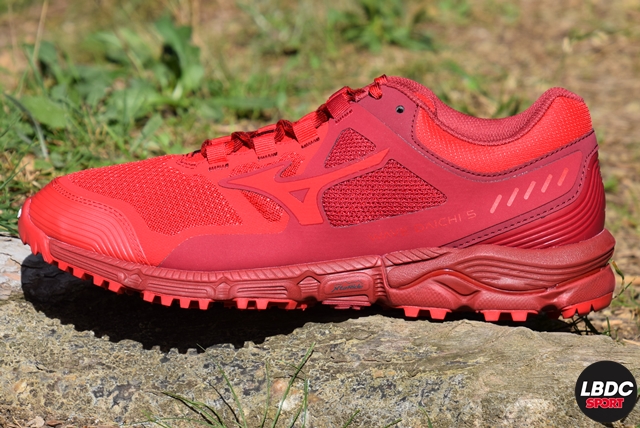 We analyze the trail shoe Mizuno Wave Daichi 5 one of the most versatile models on the entire trail running grill. It shares a niche with three other models: Wave Ibuki (to get started in trail running without giving up good design and materials), Wave Mujin (for those looking for a shoe that resists more than the legs in terms of distances from training or racing) and Wave Hayate (the "racer" of the family).

If those last three mentioned shoes already cover almost the entire spectrum… Where does Wave Daichi fit in? Well, in all of them. As I said, it is the total trail shoe, because all its characteristics allow it to adapt to all types of terrain, circumstances and runners and runners. The Swiss Army knife of Mizuno for trail running, come on. The weight of 320gr in men and 270gr in women is that corresponding to a shoe in its profile, which needs more reinforcements than a Running model and, above all, more sole, whose compound is usually heavy given its composition for good resistance. to wear.

This Wave Daichi 5 comes with a series of improvements in the upper cut that will help it maintain that shoe status that adapts to uneven terrain that requires continuous adaptability of the shoe. 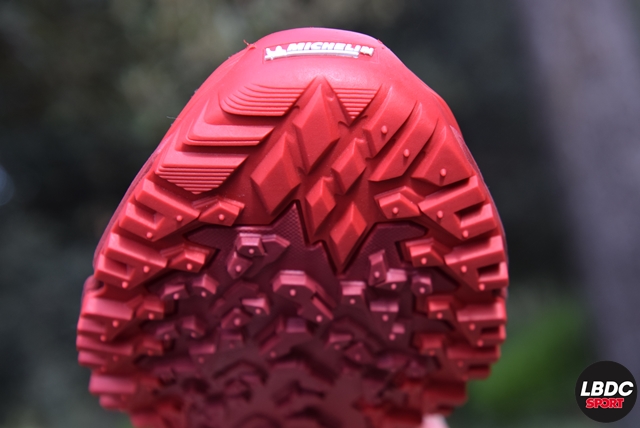 The great performance of the Michelin® sole is maintained in this new installment of Wave Daichi 5, as well as the benefits of a midsole that uses Mizuno's own AP + compound. Both parts of the shoe are the most responsible for precisely that adaptability to the terrain and a good part of it is thanks to XtaRide technology. But I go ahead ..., let's go with all the details. 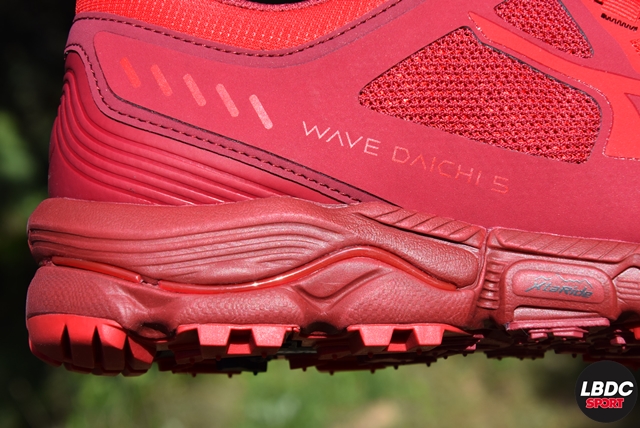 The Mizuno Wave Daichi 5 midsole maintains the high level of cushioning and comfort of its predecessor. For this, the Japanese brand continues to trust the AP + compound, which in addition to providing the two characteristics that I have mentioned, also provides durability. 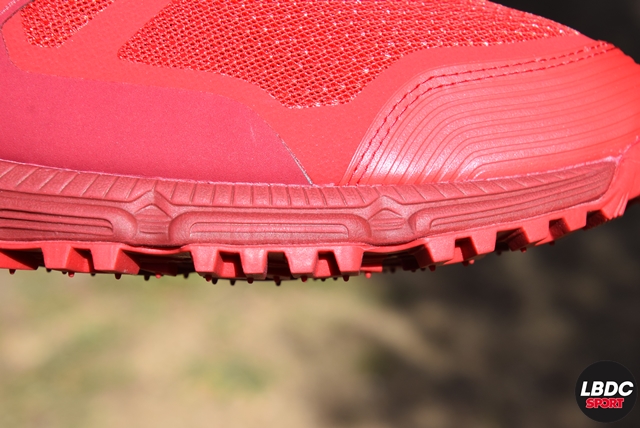 A material typical of some Mizuno technical range midsoles is U4iCX. It is not present in the midsole body, but it is present in the shoe ... How? Well, serving as a footbed, that is, it is placed right where the insole rests, providing comfort to the set with its 2mm of softness just under the foot.

12mm is the drop of Wave Daichi 5, come on, a classic in Mizuno. Those millimeters are the result of subtracting the height of the forefoot from the ground (17mm), from the heel height, also from the ground (29mm). This difference in heights allows the load to which the foot is exposed, and by extension, the ankle joint and part of the leg, to be reduced, as we saw in What effect does the Drop of the shoe have on the foot? 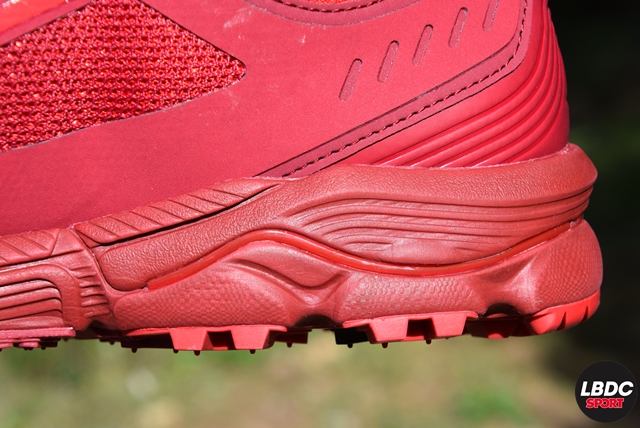 The AP + material is the entire length and width of the midsole and only shares space with Mizuno's own Cushioning System: Wave. It is a piece with a wavy shape (that's why the "Wave"), made with a variety of polymer: Pébax. The grace is that Mizuno has racked his brains until he found different designs for this Wave piece to, in each case, achieve dynamic cushioning and also able to stabilize the tread (even for a neutral tread shoe such as this Daichi 5).

Here, the shape of the Wave piece is concave to counteract the multidirectional forces that occur on the trail (unlike asphalt, where the footprint is almost always the same). It is logical since the terrain is uneven on the mountain and precisely, as I said before, this Daichi is going to sneak in with guarantees on all types of terrain so she must be prepared for it.

Everything together, is what Mizuno calls XtaRide, the sum of these materials and technologies working as a team for a step as dynamic as possible. 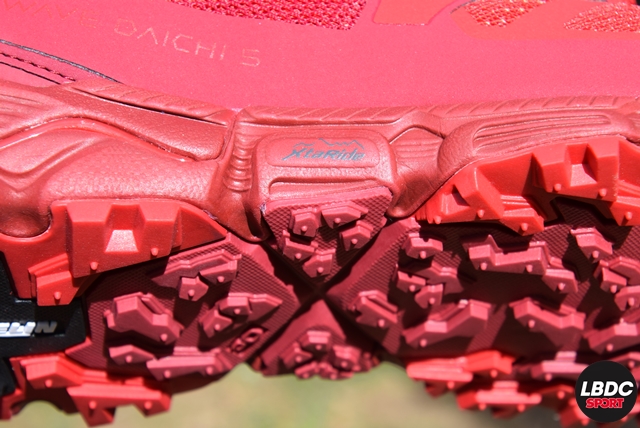 The last thing to note about the midsole before going to the sole is precisely a very important technology here and that works side by side with the sole itself: Xta Groove that uses cuts in the sole, and grooves in the midsole, to allow the adaptability in the movement of the foot to the irregularities of the terrain. Very easy to see if the shoe is turned, since it is that big X in the middle area, or even if it is forced by twisting it with your hands. 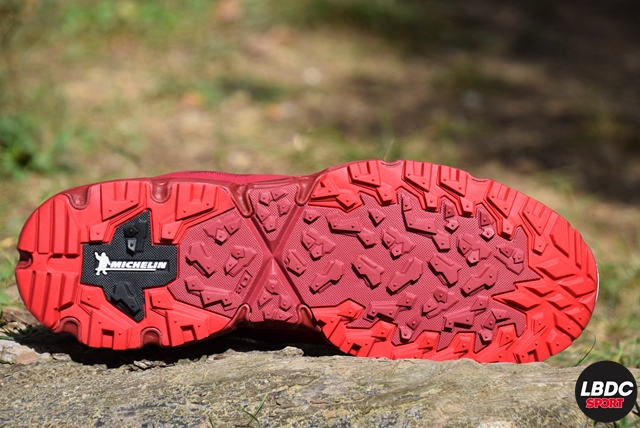 The Mizuno Wave Daichi 5 sole has the strength of the manufacturer Michelin® and the aggressive design of the lining. Adaptability is a word widely used in this review, and here it is thanks to a design that allows multidirectional traction, always combining with the midsole XtaRide (teamwork, teamwork ...). 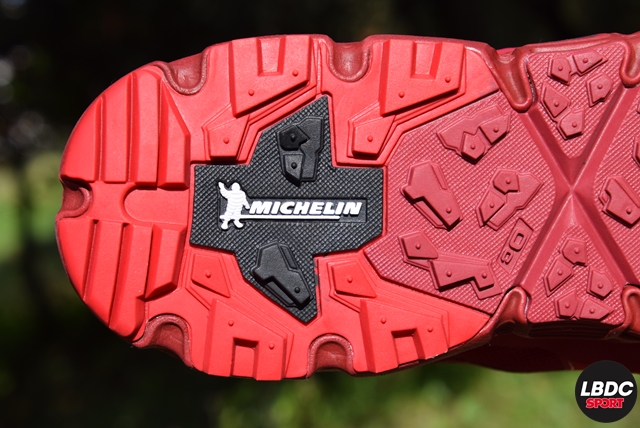 Grip and traction has been guaranteed since the tire manufacturer Michelin® was inspired by its cyclocross bike tires for the design of this WaVe Daichi. In its day we already explained this great technological resource in Mizuno presents Michelin soles in the new trail running 2016 collection that has been giving such a good result since then in the models that use them, although now it is with other design patterns. The French brand signs the sole to make it clear that Daichi 5 belongs to the select group Powered by Michelin® Technical Shoes. 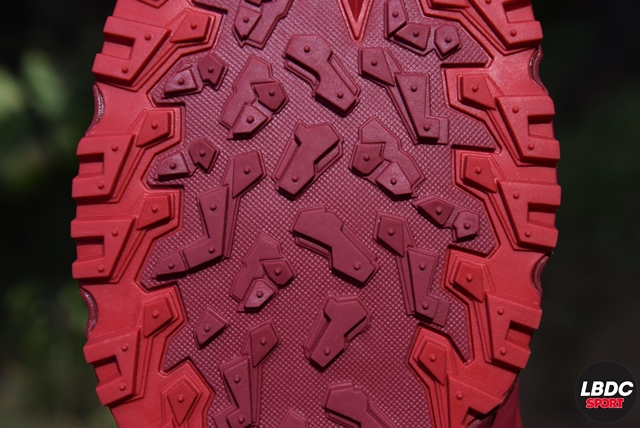 Going to the rag, it is easy to see a lining with irregular but incisive shapes and an apparently irregular distribution that covers the entire surface of the sole allowing it to work on all surfaces that one can find in the forest or high mountains. The upper or upper cut of Mizuno Wave Daichi 5 is the one that concentrates the majority of changes and improvements compared to the previous version, starting with the fit, a feature on which Mizuno seems to have focused a good part of the improvement effort on this shoe. , seeking to make it as adaptable as possible to serve as many runners as possible safely. 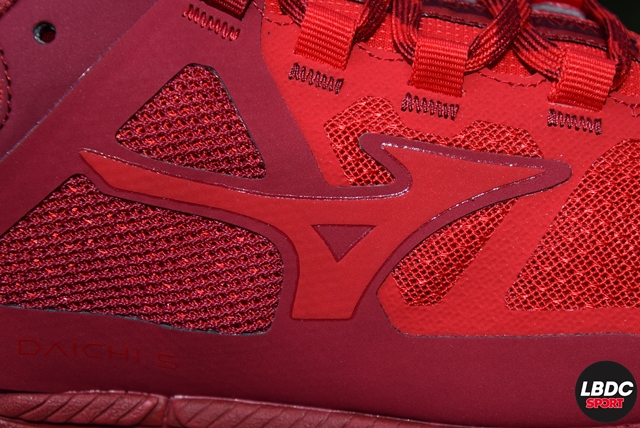 Now the buttonholes are no longer such (the typical hole through which the cords pass), but rather straps that better distribute the tension of the loop over more mid-foot surface. It goes from seven to six buttonholes, although precisely the straps make that distribution compensate one less point of tension when closing the loop.

In addition, these straps coincide with heat-sealed strips of reinforcement that go down on both sides, holding the foot well. The highest of these straps coincides with a greater reinforcement that is the one that will improve the fit of the ankle, reinforcing it with respect to Daichi 4. Here the feedback from runners is essential for the brand to introduce this type of improvement in the that you have to spin so fine. In fact, it is the same strip as the RunbirdThat is, the large lateral logo, which is not there to make it pretty (well, too), but to help reinforce this area, the one that suffers the most from foot stresses, and much more in trail running. 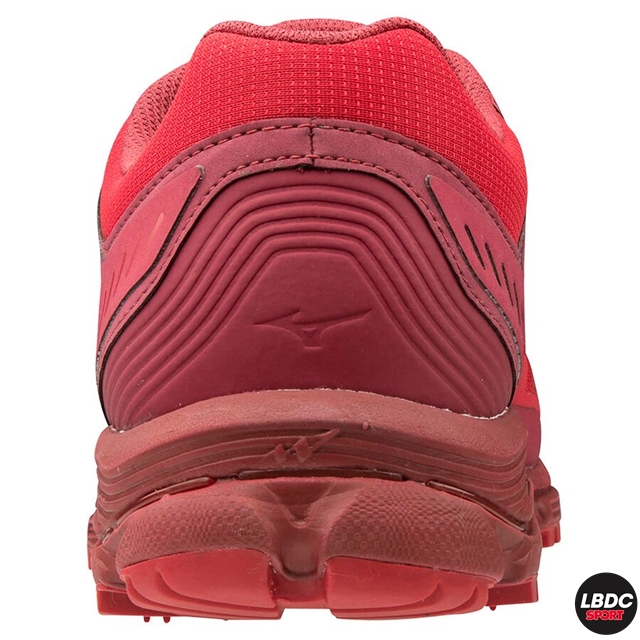 This reinforcement covers the entire lower part of the shoe, managing to raise the level of flooding of the shoe, which, obviously if we put our whole foot in the water, we get soaked in it, but if the level is low and does not exceed this reinforcement, it saves us from water being introduced, if that is the case.

The back of this reinforcement coincides with the start of the buttress that wraps around the ankle and will stabilize it in the race, especially on the descents, where this joint will suffer most.

The tongue gives way to a comfortable and padded interior. It is sewn to the body of the shoe up to half a height so that it does not move an inch and makes it difficult for any pebble or small piece of vegetable to penetrate that, once inside, becomes so annoying. To finish off the interior, Mizuno has created a very padded cup, above all under the malleoli so that the fit is good and at the same time comfortable. Finally, say that the template can be removed in case someone wants to enter their own.

At the toe, a TPU reinforcement (not so rough and lighter than that of Daichi 4) will protect the fingers from those small impacts that always occur when running. Just behind, in the entire metatarsal area, those from Osaka have provided a very open mesh to improve breathability in this critical area. A heat seal at the height of the big toe will protect the mesh a little more from breaks.

Yes, Mizuno Wave Daichi 5 GTX exists to serve those who train in harsh weather conditions, be it wind, cold, snow and, above all, water, where its finish in Gore-Tex is going to be an important ally.

The midsole and sole are the same, so the benefits they provide do not vary. It is the upper cut where it is now equipped with the waterproofness of a proven quality as given by the Gore-Tex.

This finish allows you to use this Wave Daichi 5 GTX in all weather situations, so the versatility that surrounds it continues to manifest itself. The only price to pay (apart from a few extra eurillos, of course) is in the fact that, to more protection, a little more weight. Thus it increases by 15gr in the men's finish and 10gr in the women's for a total of 335gr and 280gr respectively. 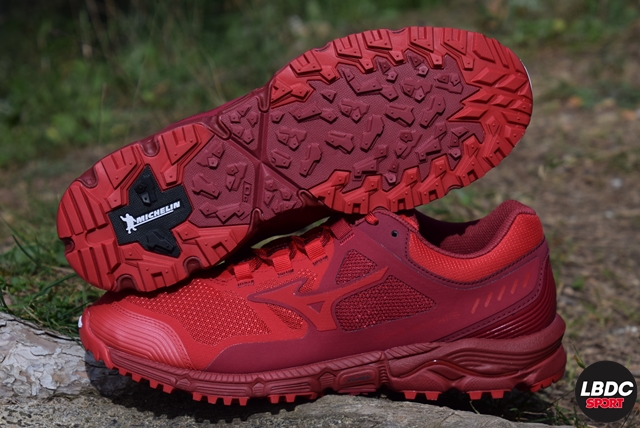 The adaptability and versatility of the Mizuno Wave Daichi 5 is its hallmark, so it will be an ideal shoe for those who practice trail running in changing environments or if they are bad seat ass and are continually exploring new places and new routes .

They are versatile without having to have complications in their configuration, but they do incorporate a whole battery of technologies and materials for what it is all about: a high-end shoe.

Daichi 5 is quite practical and recommended for those who are wondering about a model that fits because their pocket only allows one shoe for everything (training, competing in different distances and circumstances ...). Also for those who have several different pairs of shoes for everything and want to have one for those sessions or races where the terrain is known to be changing or ... you don't even know anything about what that terrain will be like ... 😉