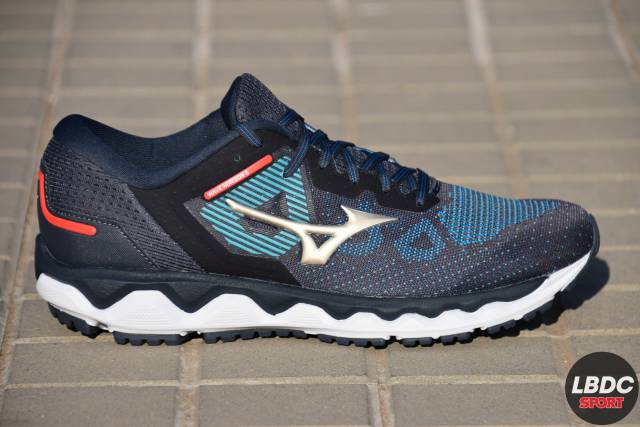 We already have the analysis of Mizuno Wave Horizon 5, a running model for daily training that is characterized by having very high cushioning as well as good stability.

Horizon 5 is very valid for those looking to run comfortably in any type of training, and even in races where the rhythms are calm, or they are medium or long distance, or are transitioning to them. In fact, those who have an excess of pronation or those who simply want to have control in the footprint, should consider this shoe. 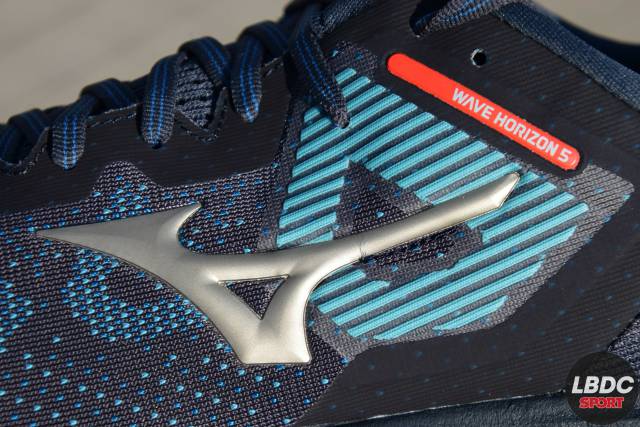 Stability is obtained from being prepared to combat the excess pronation that occurs when running, and in the case of this Wave Horizon 5, without the cushioning being firm. Quite the contrary, soft on Mizuno’s idea of ​​providing sensations like floating. So, those who are in that situation or simply want comfortable and stable shoes, these can fit them.

Although the Japanese brand is not going to make it easy when choosing … Just as some other firm has a single model as the only option to control stability, Mizuno, has up to four different ones and Wave Horizon is one of them. The others are Wave Paradox, Wave Inspire, and Wave Equate. 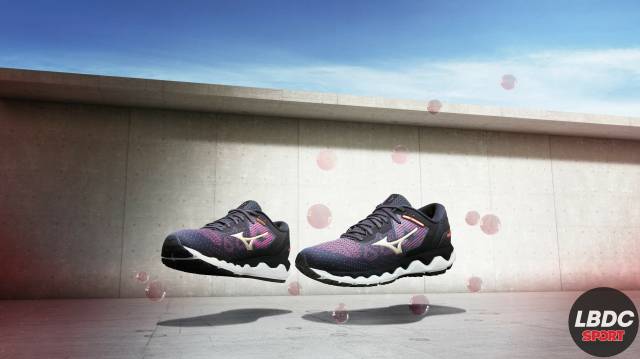 The cushioning is maximum in Wave Horizon 5, and shares with Wave Sky Neo the title of being the most cushioned shoe of Mizuno. While, as for the stability and control of pronation that I commented before, Paradox stands out there, closely followed by the new Horizon.

Uniting protection and comfort in 320gr of weight for the male finish and 280gr in the female, is more difficult than it may seem and in this Horizon 5, the Japanese brand achieves it. We see how. 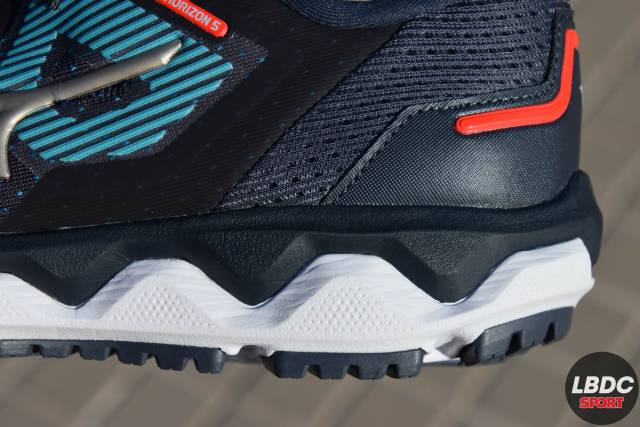 The Mizuno Wave Horizon 5 midsole is lthe maximum responsible for the great performance of the shoe… And three of the “culprits” are different compounds that complement each other: Mizuno Enerzy, XPOP, and U4icX.

The truth is that the inclusion of these three types of high-end materials already in itself is a clear message that Mizuno goes with everything in this Horizon 5, leaving the control of stability to the design in how they are distributed and in the supports. . 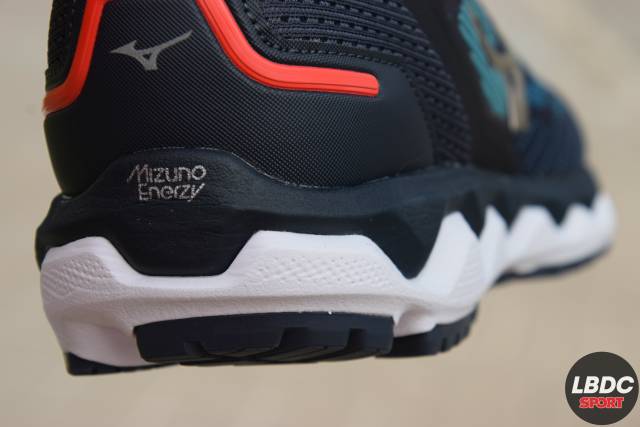 Even so, the main star is none other than Mizuno Enerzy, the new material with surprising properties that, little by little, the Osaka people are introducing into the main models of their repertoire. Mizuno Enerzy is a compound that is capable of increasing damping by 17% compared to the best Mizuno compound until its appearance. It also improves energy return, by 15%. Another of the materials that make up the midsole is U4icX, which is a cushioning foam, very comfortable and with good reactivity, apart from durability. 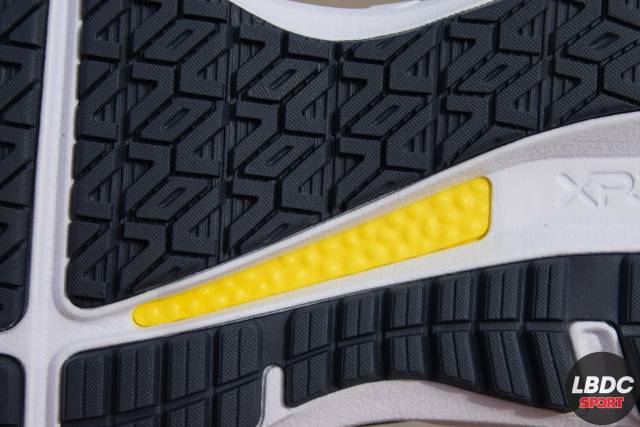 The third element is XPOP, a polyurethane that is embedded inside and provides comfort, fluidity in the tread and an extra reactivity. We have already seen it in other models such as Wave Sky 4 or Wave Skyrise 2 It is a yellow material with a visible part from the sole, if we turn the shoe and it performs a double function: The non-visible part grows on the inside side, in the side, and especially upwards. Everything to soften the first impact when contacting the ground, when running, but also to slow down the pronation speed, limiting it so that there is no excess. 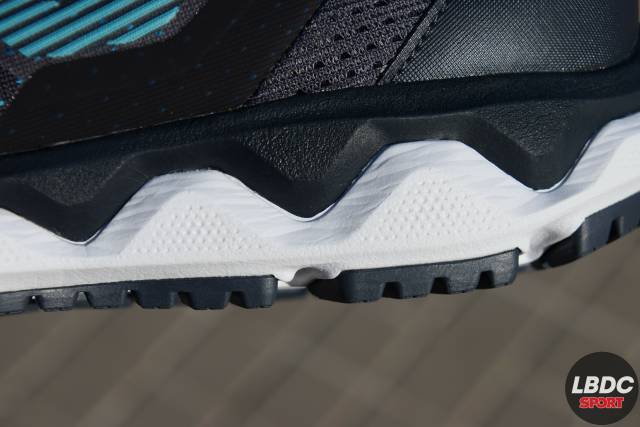 As in its predecessor, the interrelation of these three materials is what defines the final damping obtained. The joint in the middle of the midsole, with those ripples, is Mizuno Foam Wave. Those looking for the old rigid piece manufactured in Pébax, will not find it, but they will observe resources such as that, on the inside of that undulation, it is more forceful in the forms.

Regarding the height of the midsole (the thickness), it drops a millimeter compared to Wave Horizon 4, but both in front and behind (now: 21mm / 31mm), so it maintains the 10mm drop. 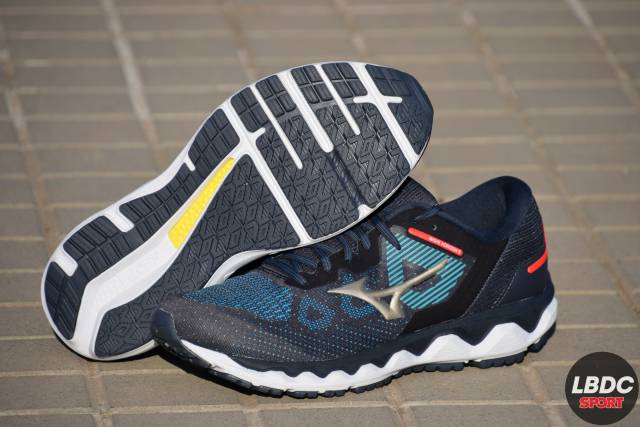 The Mizuno Wave Horizon 5 outsole uses an important resistance material such as X10 under a multi-functional design for performance and durability.

The main level is the tacos. They have a different shape depending on the area where they are. Thus, all that are located between the center and the inner face are shaped like the letter “U” alternating orientation forwards and backwards, forming a kind of rhombus (some are already diamonds, directly). 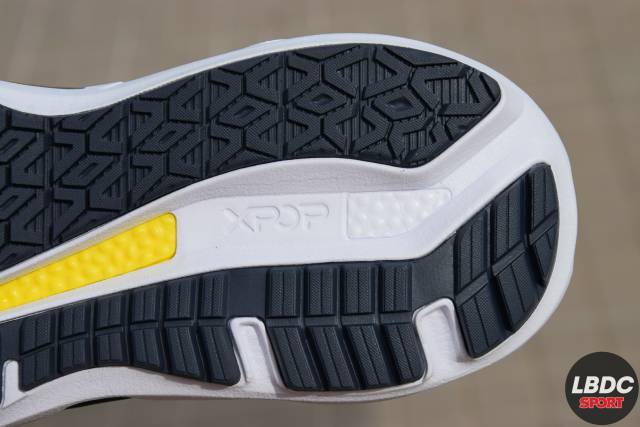 This facilitates traction in all directions. On the other hand, those that advance along the entire outer edge, from the heel to the toe, are transversal with respect to the direction of travel, so they will help traction.

Both islands of studs are separated by a large transverse groove that will act as a longitudinal guide line for the tread (it runs from the heel to the toe).

In the area under the metatarsals we see some wider transverse stripes than the others that cross the entire sole. These in front will also work for the flexibility of this Horizon, but in the area where this feature is most important and necessary since it is here where the foot flexes the most, during the tread. 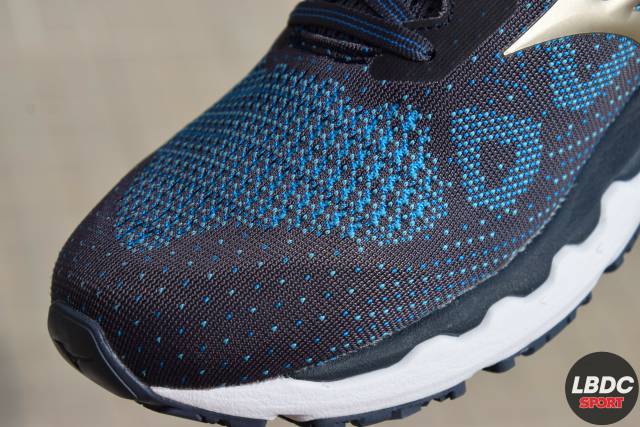 The Mizuno Wave Horizon upper is the one that (with permission from Mizuno Enerzy) has the most prominent changes, at least visually. Of course, it still maintains a sober appearance, although it seems that something less since its predecessor.

It uses Mizuno’s own AIRmesh-type engineering mesh. It is very light and breathable, with the most ventilated part of the fingers, just the one that needs it most. And like in Horizon 4, the interior is finished with a very soft lining that will allow you to use this shoe without socks, for those who want to run in that way.

The tongue is very padded and is attached to the body of the shoe on both sides, hence there is no need for a strap to pass the laces and that it does not move. By the way, the laces are flat and are passed through six eyelets, leaving the seventh, the one closest to the ankle, free. 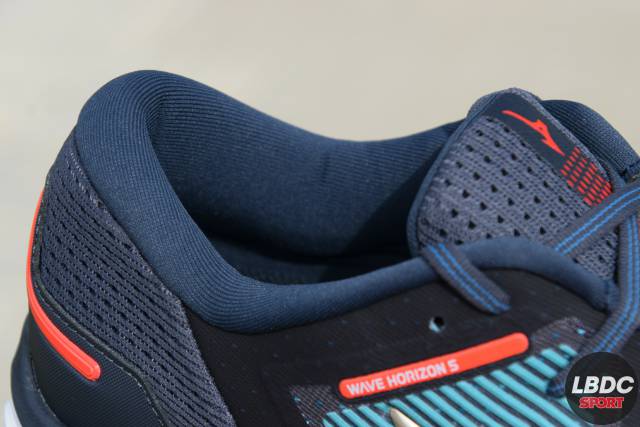 The bowl is very padded. It will hug the ankle forcefully … but also gently, thanks precisely to so much padding. Premium Insock, or what is the same, the insole, has 5mm of generous extra padding. In addition, it rests on a foam footbed another 2mm thick. That is, maximum comfort! 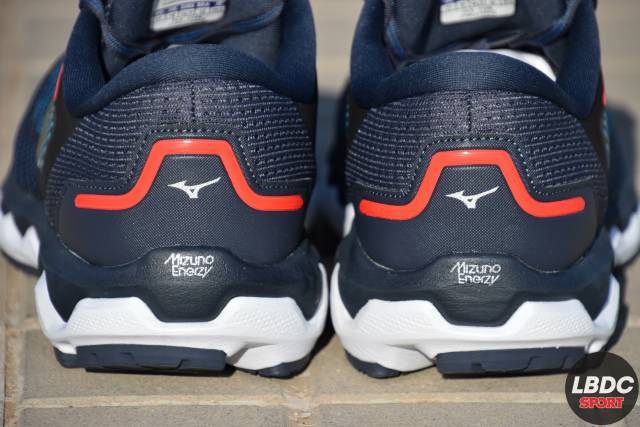 And if reflective strips stood out on the heel of Wave Horizon 4, in the new Horizon 5 it is the same Run bird, the Mizuno logo, the one that is reflective.

Mizuno Wave Horizon 5 is a very cushioned daily training shoe with pronation control. It is very suitable for runners and runners who need correction of pronation, or simply looking for a shoe that can be used for all kinds of medium-distance, long-distance or even… ultra-distance runs.

The weight is 320gr in the men’s finish and 280gr in the women’s, which is normal for a shoe with this profile. They will be able to use runners and runners with mild or moderate pronation with guarantee of a soft cushioning, but also reactive and durable. A sole built with X10, the most resistant rubber of the Japanese brand, also helps the general durability. 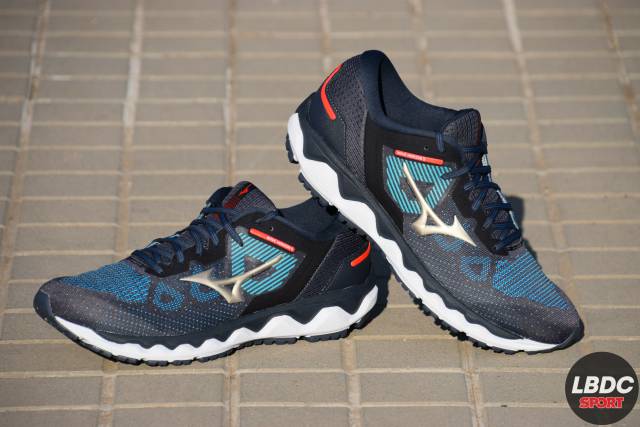 A group that can also do very well with this Mizuno Wave Horizon is that of corpulent runners who sometimes doubt whether a shoe is going to have enough cushioning, or if they will be stable enough, for them. Without a doubt, this model would be a great choice.

Of course, the Japanese brand has put all the meat on the grill by matching its three best compounds for the midsole of this Horizon 5: Mizuno Enerzy, U4icX and XPOP. The perfect mix in the cocktail is determined by Mizuno Wave Foam, by appropriately distributing each of these elements. 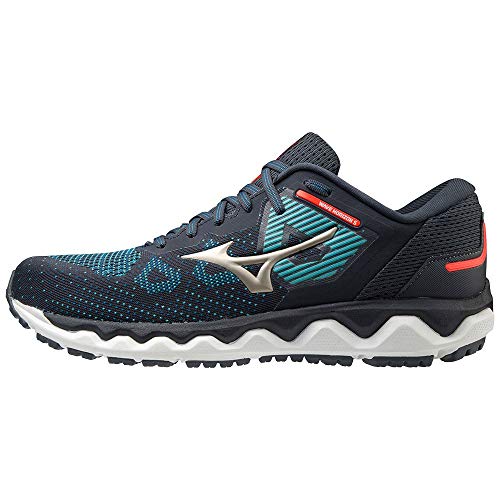 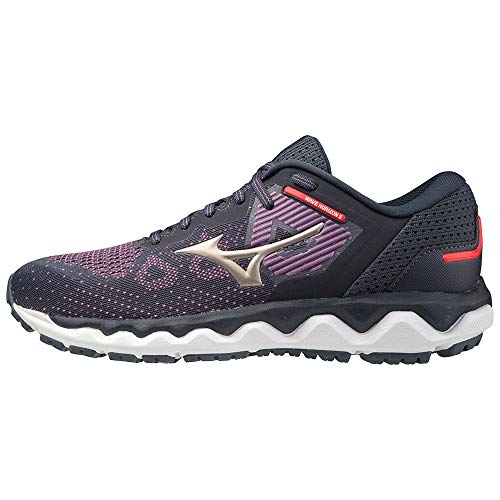