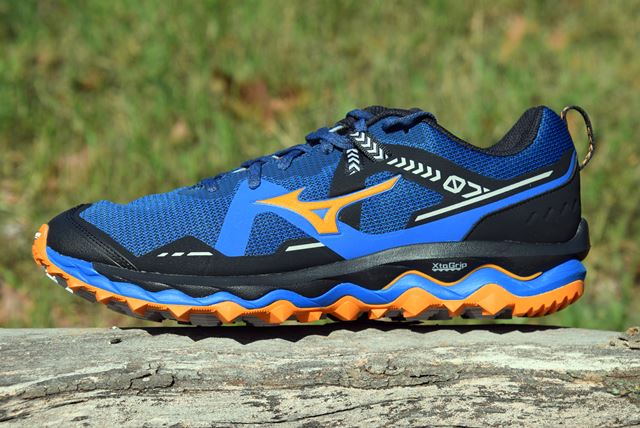 We already have the details of Mizuno Wave Mujin 7 A trail running shoe with all the features to comfortably cover all types of terrain and distances. The aforementioned comfort also extends to tranquility, thanks to a sole that has a stud to go safely on any surface.

But if there is a part of Mujin 7 that concentrates the biggest changes, it is the upper, where Mizuno has concentrated the tweaks to a continuity model with the excellent result of the previous Wave Mujin 6. 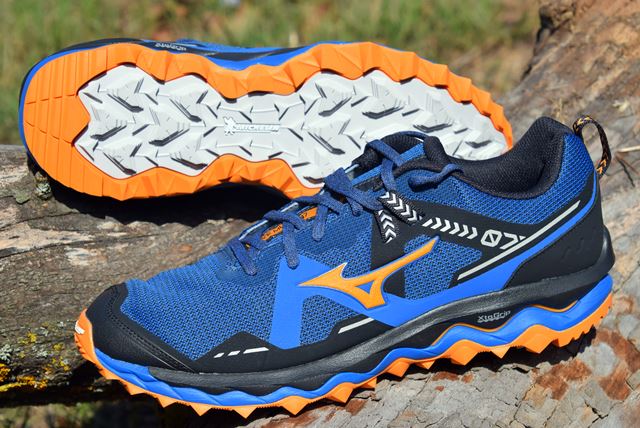 Thus, this all-terrain and kilometer-swallowing Mujin 7 maintains that profile that gives it a forceful appearance to help those who use them to resist any challenge on the road. If in the previous installment we said that when you use the Mujin, the longer, distance, impacts and difficulty of the terrain: the better … That remains, as we will see below. 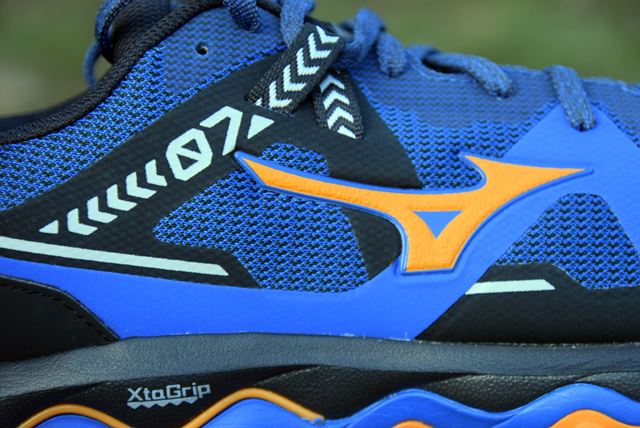 The Mizuno Wave Mujin 7 top cut is the one that concentrates practically all the improvements of this new installment since the Japanese brand has looked for a fit that will adapt to all types of feet. If in Mujin 6 we saw an insert of inner straps that tightened when the loop was stretched, Mizuno has polished the invention by keeping eyelets at the bottom and a pair of straps (thickness: 1cm), on the outside and another on the inside. , taking strong by the midfoot and in the antechamber of the ankle, that is to say: just where more support is needed.

This allows the front of the foot to be less pressured and the force to be concentrated where the ankle needs help to manage uneven terrain.

The mesh is AIRmesh, which gives such a good result, since it protects from the outside, but allows great breathability. We see that it is built in a single piece and having a well reinforced midfoot area. Mizuno uses here a kind of inverted “W” made of heat-sealed material, where the second “V”, that is, the one furthest back and closest to the ankle is the one that has those straps that I mentioned running through it. 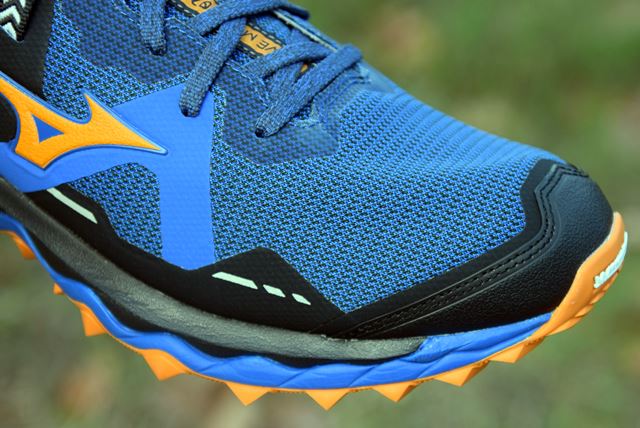 Although the most reinforced part is the toe, with a piece in TPU that is the one that will protect the fingers from any small impact that occurs while running. Going up the center we see some flat laces passed first through four eyelets, then through the straps and finally, one through a last eyelet, leaving an extra free one, for those who want to close the shoe even tighter to the ankle. 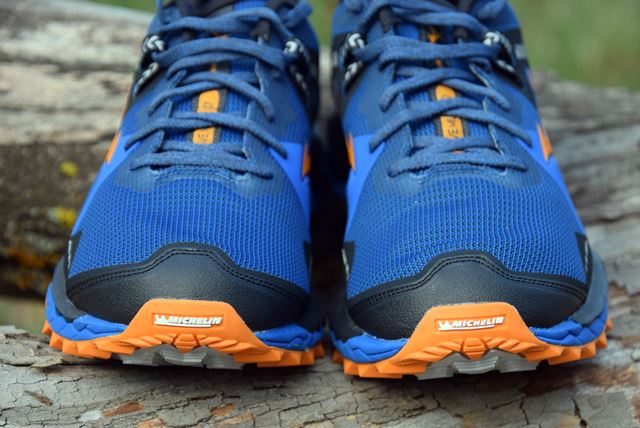 The laces are closed on a very padded tongue attached to the body of the shoe up to medium height. Here the bowl is given way, also very padded, looking for a comfort that has to accompany throughout many hours and kilometers of travel. 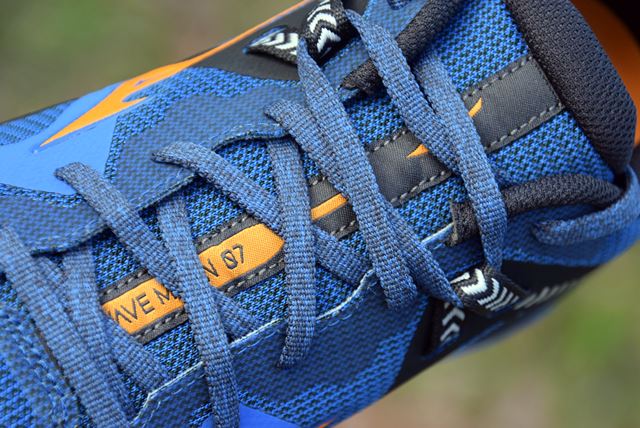 From behind we come to the most forceful part of the shoe: the heel, where a buttress that barely gives way will stabilize the ankle with each stride. It is finished off on the back with a reflective Runbird (the Mizuno logo) and on the top with a useful strap that helps to put the shoe on. 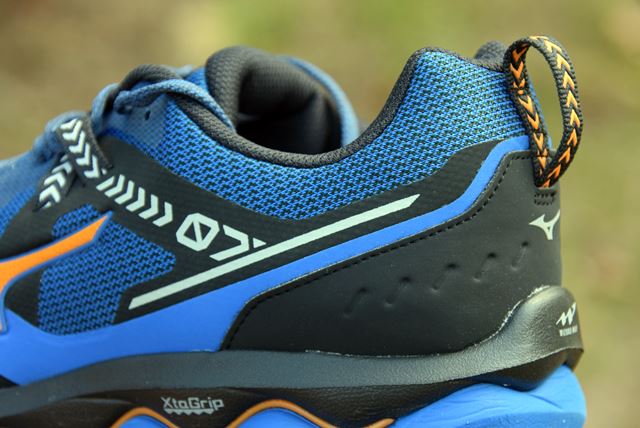 The Mizuno Wave Mujin 7 midsole is made with a compound called U4icXOne of the best of the Japanese brand, since it is capable of providing great cushioning and reactivity, but also makes it soft and comfortable.

In between the midsole, there is a corrugated plate called “Wave” and which is manufactured in Pébax. It is not as strong to look at, as in other previous finishes, but it does its job of assisting in cushioning, making it more stable. In addition, this less accentuated configuration makes its contribution softer. 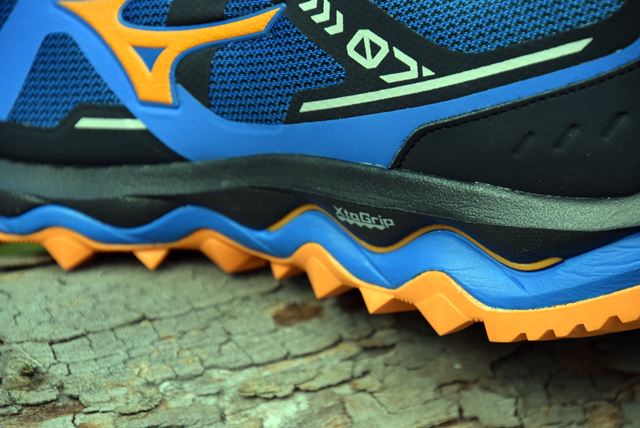 The drop remains at the 10mm that we already saw in Mujin 6 (that one already “flocked” 2mm to Mujin 5, who still had it 12mm). This is thanks to a midsole thickness of 33m in the heel area and 23mm in the forefoot area. The drop is not very high, but there is enough material to accumulate kilometers, especially on terrain where it is allowed to run with some fluidity.

ESS Rock Plate is the name of a small plate inserted between the midsole and the sole, in the area under the goals. Its function is to protect the tread from edges or any pointed stone or other element that could press incisively when unloading all the weight during the tread. 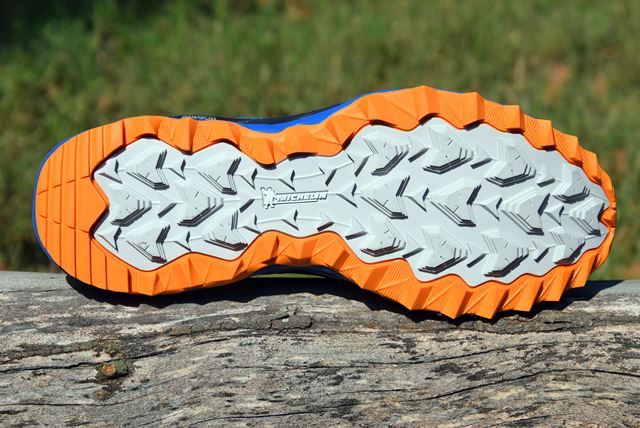 Looking at the configuration of the studs on the Wave Mujin 7 sole, you realize the forceful appearance it has. The truth is that they have turned out well, since, if the design is good, so is the technology used here: StaGrip and that it is in charge of making the shoe grip any type of terrain. At the material level, it must be said that the rubber of the sole is manufactured by Michelin, the French tire brand, another sign that the Japanese brand has put everything on the grill. 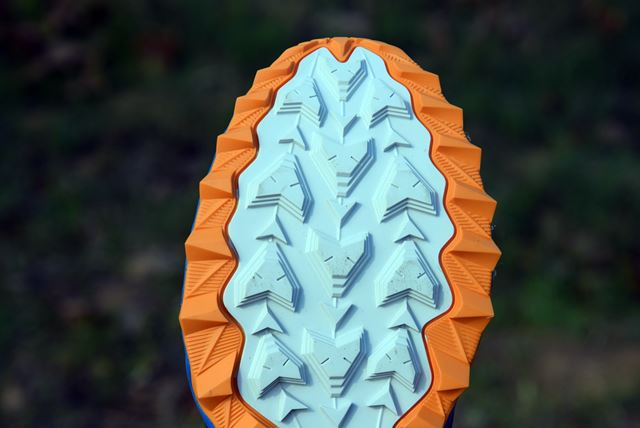 In addition, the tread that surrounds the stud, together with that protrudes from the contour of the shoe, are elements that help to have more contact surface with the ground and achieve more stability, already from below.

To manage the problem posed by the mud that sticks to the soles, Mujin 7 uses studs with a wide base, which are reduced as they grow. In this way the mud has more open space to facilitate the exit, although this is not the best virtue of the sole provided by Michelin but its levels. 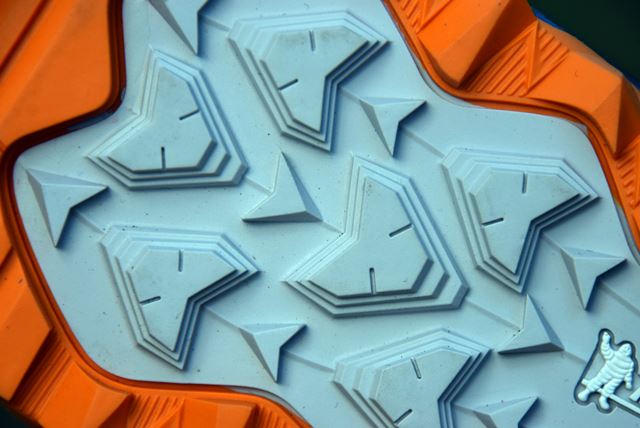 The studs have several levels: The one closest to the midsole is the widest and distributes the pressure upwards in order to give stability. Instead, the furthest is smaller. Thus, if the ground is soft, such as grass or mud, it digs in completely giving grip. If, on the other hand, the terrain is hard, the smallest yields and gains in contact surface. 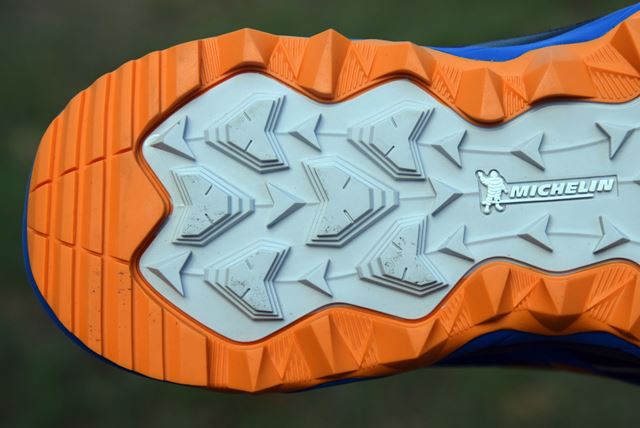 On the outside of the sole there are a whole series of large and very incisive studs whose function is to grip the sloping terrain, although there is little contact surface, while at the back they are optimized to grip on descents. 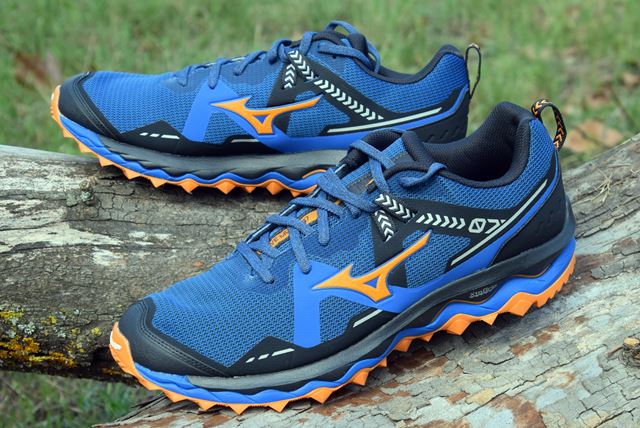 Mizuno Wave Mujin 7 is a trail running shoe more than suitable for those looking for technical footwear that provides maximum cushioning and durability. This will help them cover all kinds of distances, especially the longer ones.

Its strong and resistant construction allows it to navigate any type of terrain with very good grip and comfort of use.

Of course, all these benefits have their cost and in this case it is not one of the lightest on the grill (380gr in the men’s finish and 330gr in the women’s one). Although taking into account that it is designed to travel long or very long distances, with good protection and in a comfortable way; the weight is not decisive in that case (anyway, Mizuno already has other shoes for those who want to go very light, such as Wave Daichi and, above all, Wave Hayate).

Wave Mujin 7 has a well-built and cushioned midsole, thanks to the U4icX material and the Wave plate; a sole with excellent tread and resistant Michelin rubber; and an upper with lightweight, breathable and reinforced mesh … All are strong arguments to trust when going out with them to run comfortably through any territory.

He official price of Mizuno Wave Mujin is € 145 (see offers). 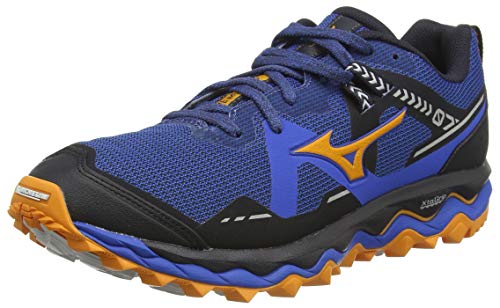 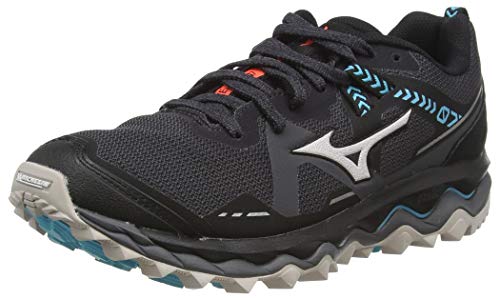