Originally scheduled for April 26, but postponed by the coronavirus crisis to October 18, the Belgrade Marathon was held virtually on the date originally planned and had… 8,000 Chinese registered! Yes, they read it well. That number of runners from the Asian country gathered at the 33rd edition of the test in the Serbian capital. It is one of the most numerous and faithful athletic communities in the world and they wanted to support the organization of the race in this symbolic way. 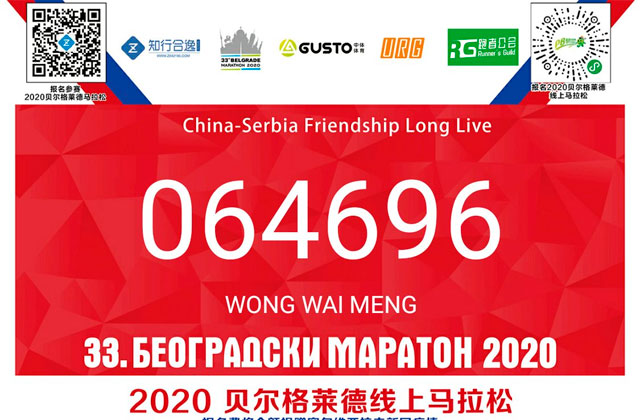 It should be remembered that in China acts of mass participation are still prohibited despite the fact that the images and the figures that come from there are quite positive and hint at a gradual return to normality. Each written person traveled that distance from their homes and this was registered and at the end each participant received their corresponding electronic diploma specially designed for the occasion. The organizers produced bilingual posters and created medals with the slogan 'China-Serbia Friendship Long Life' with the flags of the People's Republic of China and the Republic of Serbia.

Athletics clubs, race organizers, athletes and some Chinese celebrities have been posting on social networks and uploading videos about the event within the framework of this curious "Serbochina" fraternity.

The history of the Belgrade Marathon:
The coronavirus is postponed for October but they perform a virtual one on April 26, the date originally planned, and more than 8000 Chinese enroll. pic.twitter.com/C1BmvqGz6w

Registered for the #Belgrade online marathon and well prepared for it😎. @Bgd_maraton pic.twitter.com/BaUgjFErck