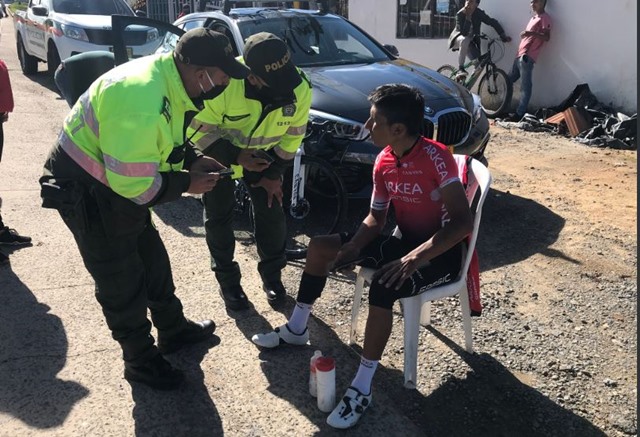 The Colombian cyclist Nairo Quintana This Friday morning he suffered a collision while training.

Apparently a driver made an improper maneuver and rushed into the Arkea Samsic corridor. The 30-year-old cyclist could not escape the impact and ended up on the ground.

Luckily it seems that everything will have been in little more than a scare and the participation of Quintana in the next Tour de France there is no danger.

The Mayor of Motavita, the place where the outrage took place, came quickly to find out about the situation in first person.

It should be remembered that Nairo Quintana's first season outside the Movistar Team had started really well. Being one of the most outstanding cyclists until the forced stop.

#At this time📍 || The Boyacense cyclist @NairoQuinCo suffers an accident on the national road sector Salvial de #Motavita, a driver improperly maneuvers and collides him while doing his traditional training. Mayor Mery Mozo comes to attend the emergency pic.twitter.com/Gh6GH2RJ81