We already have in our hands one of the fastest grill models: New Balance 1500 v6. The new release of the American brand comes to the joy of those who continually think about speed improvement. It is not for less, with its sharp appearance, and just 244gr of weight in the finish of man and 183gr in that of woman, a more interesting option is made.

This new 1500v6 changes a lot compared to the previous delivery, so say that it arrives simply with changes in the upper is to stay very short since there are also improvements in both the midsole and the sole, although they are not so visible. For a long time we have said that those in Boston bring us crazy for the creation of new families of Fresh Foam, Vazee, FuellCell shoes, and obviously, of a whole battery of new models ... but it is that with the new versions of others already consolidated not they fall short, as is the case with the classic daily training shoe that is NB 880, or the mixed shoe, but with traces of the competition shoe that is NB 890 ...

The fact is that this 1500 v6 completely renews its predecessor as a good competition shoe, usable in fractional workouts such as the series and that stands out, from the outset, for the aggressive cut of its upper, which partly reminds the arrow that is 5280 , from the FuelCell family, presented this year in New York.

A modified REVlite midsole, elimination of previous elements such as T-Beam, engineering mesh, tacking changed ... Come on, there are little things to tell. 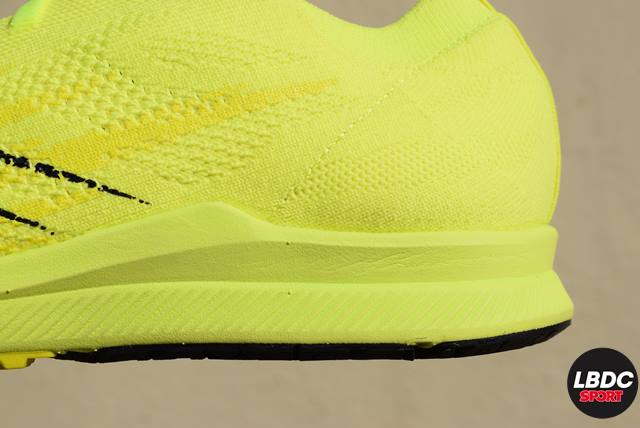 The New Balance 1500v6 midsole is characterized by the use of a material whose composition has been modified to act more smoothly, but, and this is the most important, get a greater rebound effect. Both things are added to the benefits that this compound already brought in the backpack.

It's about REVlite. This is a long-distance foam in New Balance. It is used practically only in high-end shoes since it is much more elaborate than any standard. In fact, it must be said that REVlite is up to 30% lighter than this type of foams, so the improvement is evident at the outset.

The fact is that the REVlite used in this 1500v6 has been modified to get the holy grail on which all brands revolve today: the rebound effect (or how to reuse the energy released when hitting the ground). New Balance does not explain (at the moment) how it achieves it, but the benefit obtained. 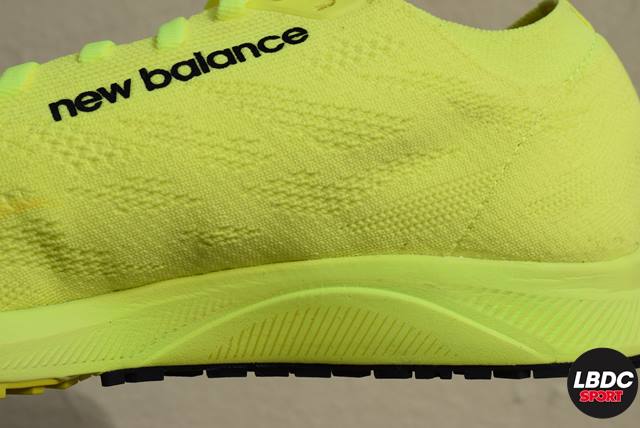 One element that Boston's have dispensed with is the T-Beam piece. If they are good at something in New Balance, it's in playing with the geometries in the molding of the midsole to, in this case, eliminate this piece that was made of TPU. With this they also manage to scratch some grasses on the scale, which all adds up. If you look closely at the inside of the midsole, you can see a kind of bridge (embossed in the material) that would serve as support.

Something that does not change in the midsole of the 1500 is the drop, which remains at 6mm, one of the lowest used by the brand, and that it makes sense because of the profile of runners and runners that this shoe is aimed at and that will mostly run metatarsal. 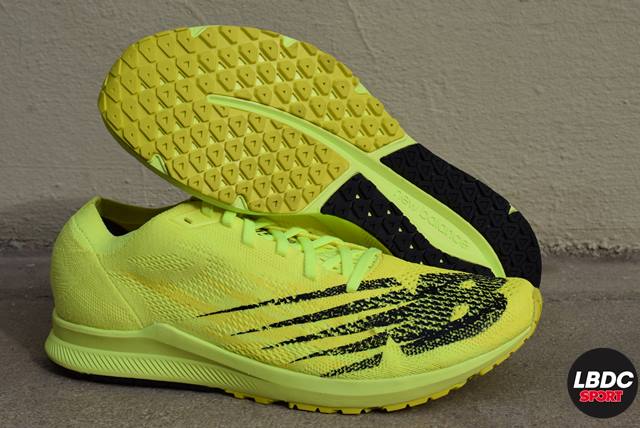 The sole of New Balance 1500v6 brings changes at the level of design and distribution of the tacking. Nothing radical, just what they do is polish a system in two blocks that works for them. If before there were up to five delimited areas spread all over the sole, they are now reduced to almost two. As I said before, the T-Beam piece is no longer incorporated into this sixth installment, so whoever looks for it will waste time.

Now there is a rear area, marked in a different color (black in the photos of this finish) from the front (yellow here). New Balance makes good the unwritten rule that says a change in color indicates a change in materials. And it is that if, at first glance they seem the same tacos and that the only thing that changes is the color, in reality it is not so. The tacos of the rear (black) are harder to achieve greater resistance and, therefore, durability. The tacos of the front (yellow) are softer, so giving a little durability in return gives a better grip. And the latter, in a shoe that seeks its owner to go as quickly as possible, is essential. 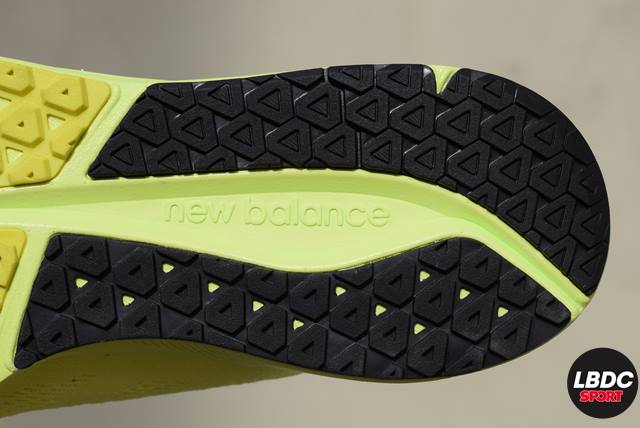 The tacos themselves are a kind of triangles to which New balance has coated the tips, obtaining a shape, seen closely, more similar to a hexagon than a triangle. This is very useful for traction in any direction in places or tests where, at any given time, there is a closed turn or a change of direction (one mile, for example, even if I forgive NB, because no one can shade that distance to the thoroughbred that is NB 5280, of the FuelCell family, which I have commented once that is the closest thing to a shoe on the asphalt).

In the end, what New Balance has achieved is provide a more aggressive sole, to a model that will take advantage of this part of the shoe. In the center, a longitudinal strip is very visible that will be in charge of guiding the tread during its transition. 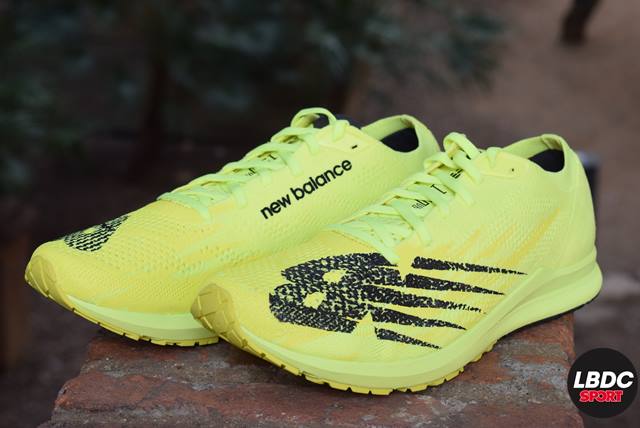 The New Balance 1500v6 upper is the most striking part. In all shoes it is, but without a doubt those with a markedly competitive cut is more. Entry note in the absence of nonessential reinforcement elements.

Despite being a model designed from the outset to cover the distance from a 5k to a marathon (42k), it is not equipped with synthetic leather or TPU reinforcements, usually good against greater distance. It is a way to remove ballast in a shoe that, according to the profiles, will be less than more time working on the asphalt. 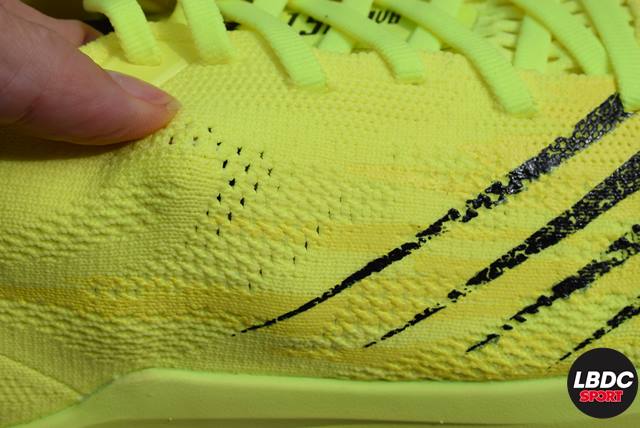 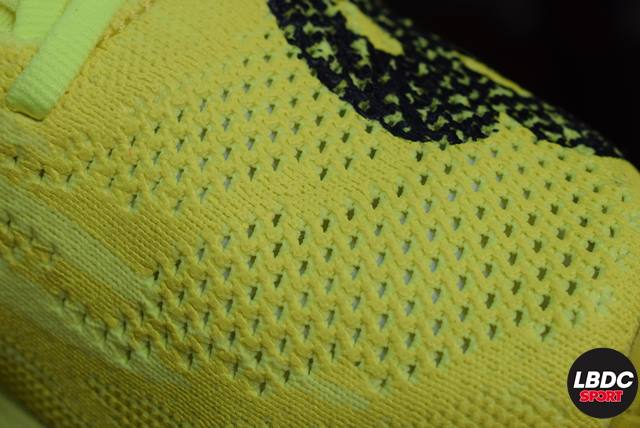 Engineered Knit is the technology that uses New Balance in the upper and in this 1500v6 we see that it is characterized by the reduction of thickness. Thus, the mesh is fine, fine, the tongue is thin, fine, (by the way, it is not attached to the body of the shoe, but to the base of the midsole, by two very thin side straps) and even the inner template, It is also fine, fine. 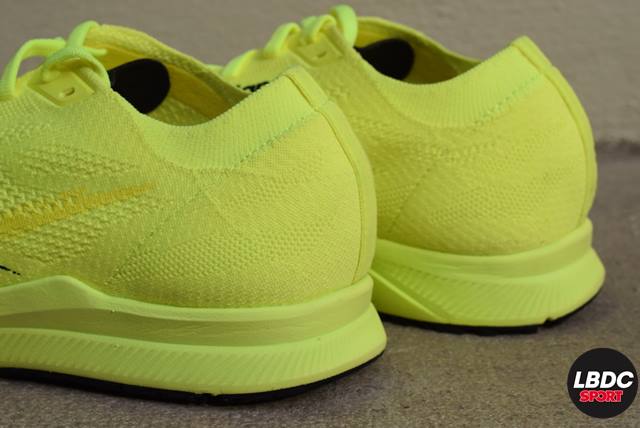 In the back area, wrapping around the ankle, a semi-rigid buttress will keep the ankle steady when hitting the ground running Since those who run in metatarsals carry this area less, New balance takes the opportunity to bite some more grasses to the scale by not putting an unnecessary structure on this shoe profile.

On the inside, a padded piece made of a suede-like material has been enabled to hold the ankle and also do it in a soft and comfortable way. You do not see any reflective element, but it makes sense in a shoe that is not intended for day to day, through streets and roads where you have to spend more with daily training shoes, even with some of the most famous New balance, like the 880 mentioned before or Fresh Foam 1080, one of the best models that exist for that purpose. 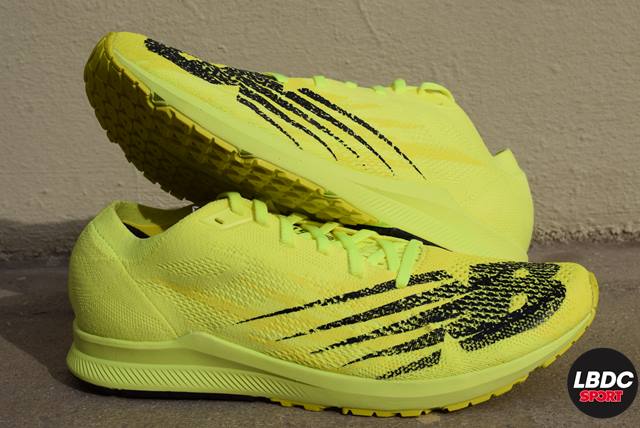 New Balance 1500v6 is a shoe Designed to run very fast in competition. Still it will be possible to use the day of fractional training, so we could treat it as a mixed shoe, but obviously more for the most demanding competitions in terms of pace, which leads us to the group of flying. The ambiguity of this definition is by its own evolution, since the 1500 model arrived a few years ago, in its beginnings, as a mixed shoe to have clearly evolved into a competition shoe with all of the law.

The ideal pace to use them would be the fastest one could take and this is very logical in everything that is to go down clearly of 4 ’a thousand per kilometer over short distances and in something else if one already opts for the average or the marathon. And watch out for this. As in all competition shoes: the chassis of those who use them has to go a little to match, in terms of work accumulated in the legs, to get the best performance.

It would be worth any weight, (in the competition you can not play much either), but it is clear that the greater the weight of the runner or runner, the more this shoe will stop making sense and others with greater cushioning or structure. And that increases proportionally to the distance. For example, a person (fast) of 90-95kg could use it in a great way in a 5k (2,500 impacts with each foot), but perhaps you should consider using another shoe for a marathon (approximately 21,000 impacts with each foot) . 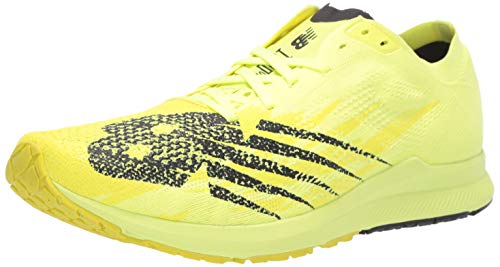 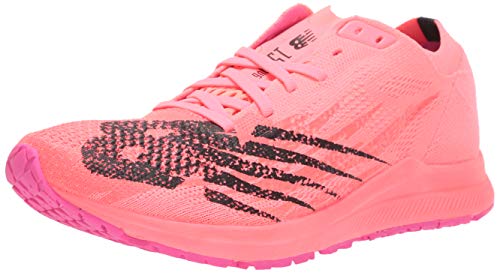