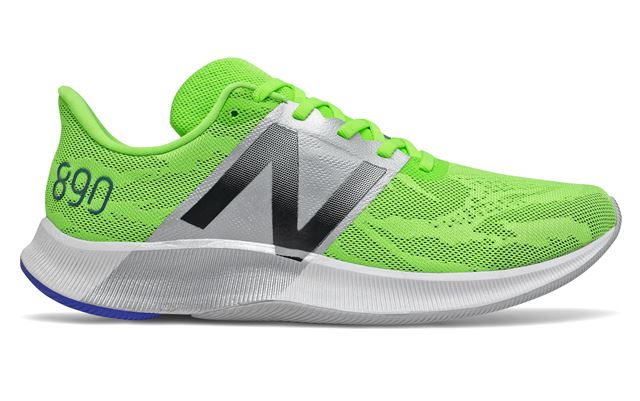 Analysis and characteristics of New Balance FuelCell 890 v8, one of New Balance's most appreciated mixed running shoes for more than five years. Although it is true that lately the American brand does not stop innovating with new models (such as FuelCell Rebel, FuelCell Propel, FuelCell TC or Fresh Foam Tempo), and the creation of new materials and technologies, there are other models with great experience such as is 890.

But it is no longer just 890, a model of the 800 series without more ... The creation of new materials with properties that still improve what exists, is making them be incorporated into already very good models, making them even better. Why? Because if the previous 890 v7 used a material like RevLite, it now incorporates the new FuelCell, with even more reactivity and rebound effect than RevLite. 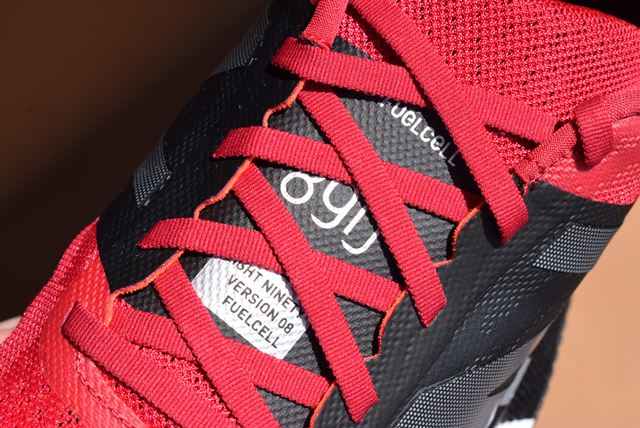 Not only the materials have improved. It is also noticeable the change of appearance to a very forceful look if possible for one of the best mixes on the market: it is good for quality training as well as for competitions ... and more! Because the new FuelCell 890 v8, however, by increasing the level of damping, returns to the beginnings of a model that took great care of this aspect, in case you want to also use it to accumulate filming.

Total: a Swiss Army knife that can touch almost all the sticks of running and become a very versatile option. We see the details. 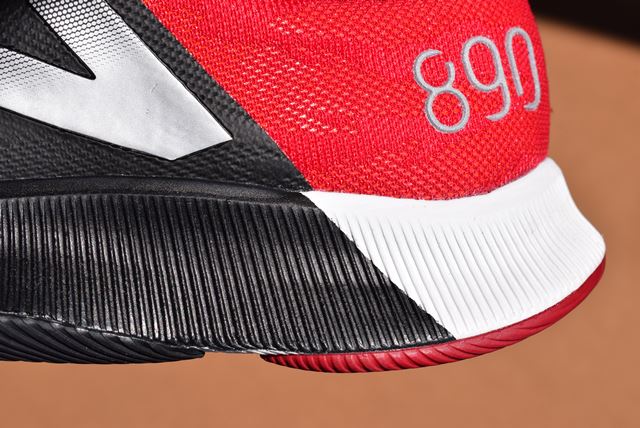 Here I am going to talk about the total weight of 890 v8. In the midsole, yes. Because here it is largely justified that its weight has increased from v7 to this v8, going from 204gr to 252gr now. It happens that now there is more cushioned material which is one of the reasons that it can be used by accumulating kilometers and that the muscles do not suffer as if they had a lower profile. In any case, and despite the increase, it remains a spectacularly light weight. In the case of the women's finish we are talking about only 211gr. 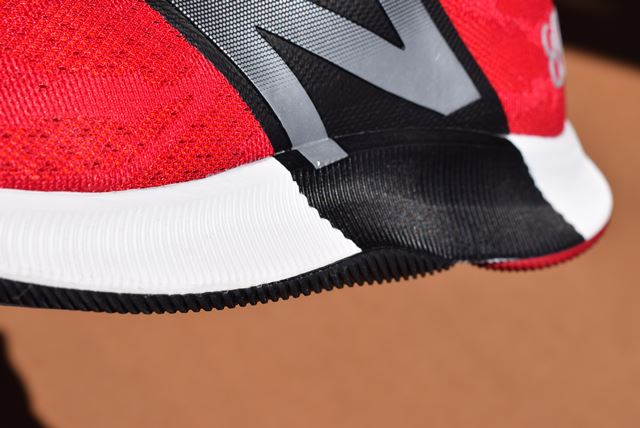 FuelCell is the protagonist of the story. As I said in the introduction, the proven qualities of the previous RevLite compound have had no choice but to give way to the torrent of reactivity and rebound effect that is the FuelCell material present in the entire medisuela of this 890 v8. New Balance has sought that those who use this shoe have a greater feeling of propulsion. 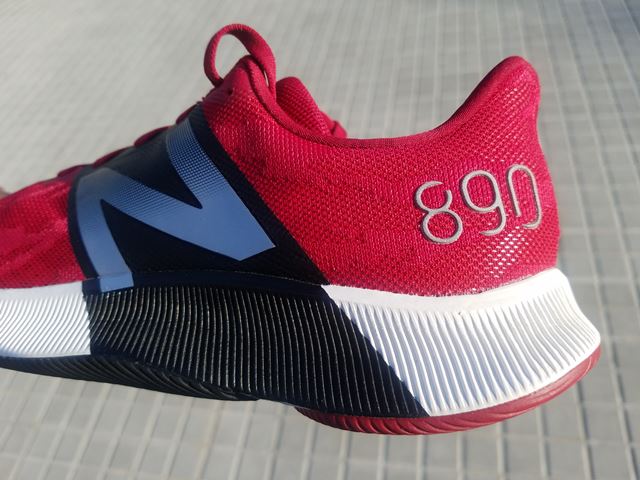 In this model there is an increase in volume in terms of material, which is especially appreciated in the heel and midfoot area, although it does not result in much variation in the height measurements: 14mm in the area of ​​the metatarsals and 20mm on the heel, leading to a 6mm drop. 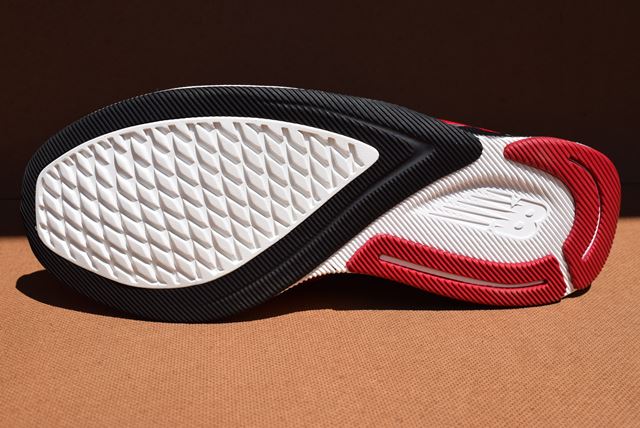 This is the most innovative part, perhaps, of the FuelCell 890 v8, thanks to the fact that it changes its more or less classic design for one more similar to its companion FuelCell Rebel. Most striking is that protrusion that helps direct the footprint while still losing an iota of grip. 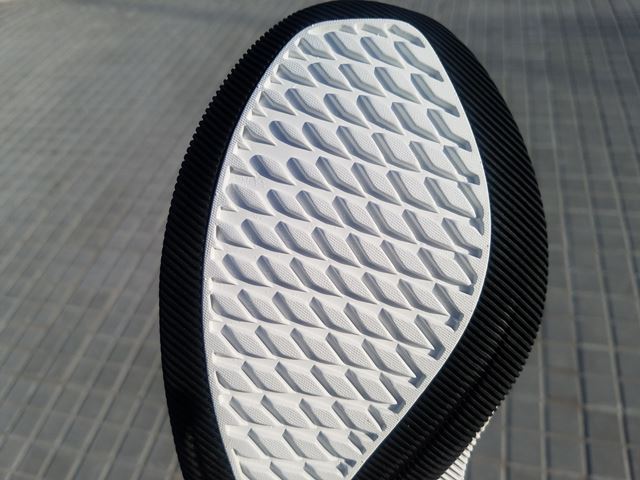 The material with which the sole is made is in charge of the grip. In fact there are two: Ground Contact EVA and Blown Rubber. The first, more resistant, and the second, more adherent, work as a team and with castings (holes) that allow for better flexibility and speed in transitioning the tread. 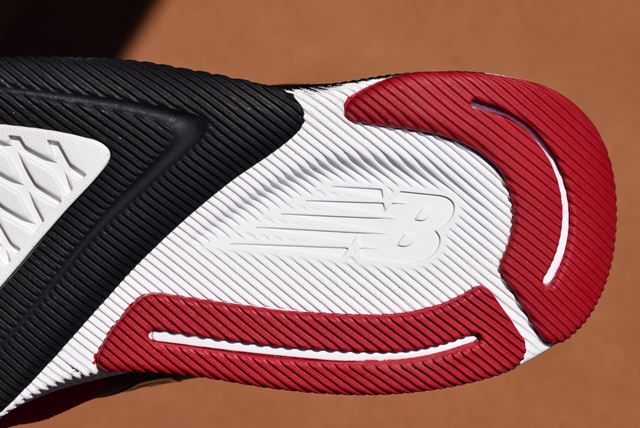 In the end, a good material combined with a versatile design in the lining allows this 890 to function well both on asphalt (its natural area) and on land in parks, roads or trails.

The upper of the FuelCell 890 v8 is the most visible part and, therefore, the one that shows how changed the shoe is compared to its previous version. It uses a mesh that adapts to the foot, especially in the middle area, adjusting to give a high feeling of support and aggressiveness, elements typical of a fast shoe. 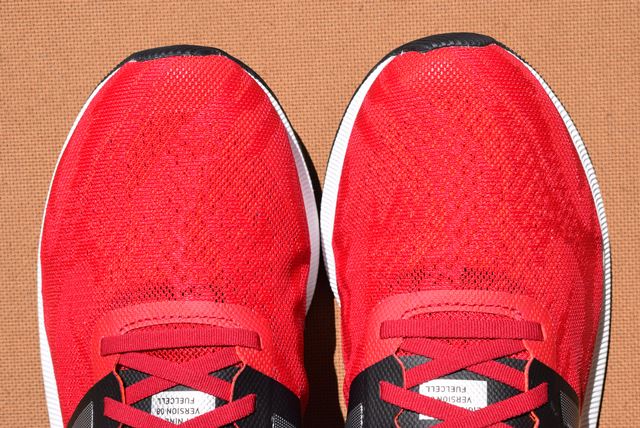 This one-piece mesh is very open and breathable, especially in the area of ​​the fingers. Not so much in the midfoot, but the great fit that I mentioned before is one of the reasons. The covering in this part (very visible, is that strip that crosses it from side to side) helps keep the foot well supported throughout the transition. 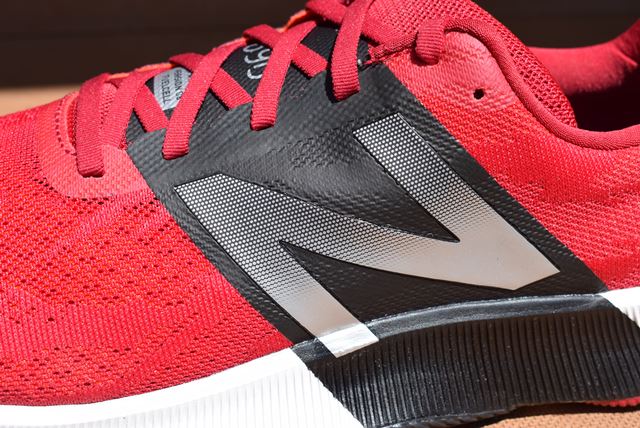 This 890 v8 inside is instead soft and fluffy, making it easy for those who like to run without socks. This is especially so for the bowl, with a fairly soft fabric wrapping around the ankle. 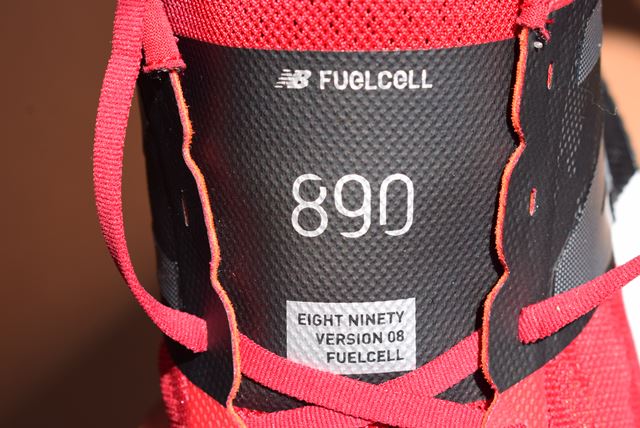 The tongue is attached to the body of the shoe so it will not move under any circumstances. That is why the laces (flat, by the way) do not have any pins on the tongue: it is not necessary! The heel, like in other Fresh Foam 1080 models, is crowned with a projection that allows it to be used as a handle. Inside, the insole is very thin, just a couple of millimeters and rests on a foam footbed to give a greater feeling of comfort. 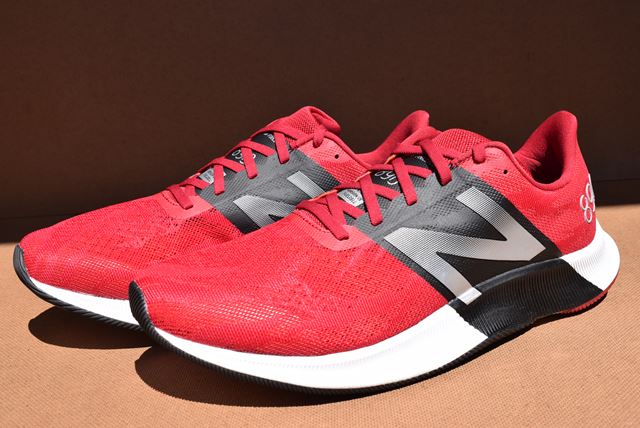 New balance FuelCell 890 v8 is a mixed shoe, valid for both quality training and competition. But in addition, with the new twist that New Balance has given it, it recovers one of its strengths from the first models: that it is also capable of behaving in an exemplary manner in shooting or daily training.

We are, therefore, before a shoe capable of coping well in the three main areas in which any self-respecting runner moves: daily training, fractional training or series, and competition. For this reason, it can be demanded in practically any club that we request. And if what you are asked to do is run, run fast, I mean, no problem, that is why New Balance has equipped this 890 v8 with an exceptional material in the midsole: FuelCell, with high reactivity and a propulsion sensation.

The rhythms to use it we can say that it can be anyone, but that it will feel more comfortable if squeezed, both in fractional training and in competition. To go calmer you can always pull on two sneakers such as Fresh Foam 1080 or 880, for example.

FuelCell in the midsole, Ground Contact EVA and Blown Rubber equipping the sole and a simple upper cut in appearance, but tremendously efficient make this 890 v8 an interesting option if you want to give a little chicha or nerve to the feet. 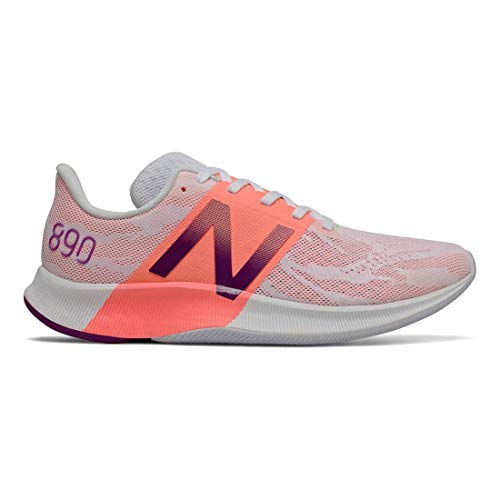