The North American multinational Nike has uncovered after months of uncertainty and talk secrets and secrets of the prototype of shoes that Eliud Kipchoge wore in his Challenge INEOS1: 59 with which the Kenyan managed to lose the two hours in marathon in Vienna last October. It was predicted that the shoes that the African wore included up to three carbon fiber plates (when their predecessors, the VaporFly Next, only carry one) and a midsole height of up to 50 millimeters, something never seen to date, in addition to two air chambers in the forefoot.

It is worth remembering that a few days ago the IAAF issued a statement limiting the use of technology in shoes and prohibiting any running shoe that is not marketed in the market. "As of April 30, 2020, any shoe must be for sale and available in the market (either online or in store) for any athlete and for a period of at least four months before it can be used in competition. ” In addition to prohibiting prototypes, the federation regulates the height of the sole (not exceeding 40mm) or the number of carbon plates inserted that they can have (a maximum of one).

Taking advantage of the arrival of the Olympic Games and with that premise of the IAAF flying over the need to sell the shoes to be used in competition, Nike has just launched a new line designed for multiple sports; shoes that use elements of technology designed for the ‘strides’ of Kipchoge. They include plates and air chambers of carbon fiber: the combination is designed to reduce the amount of energy lost by the movements of an athlete. 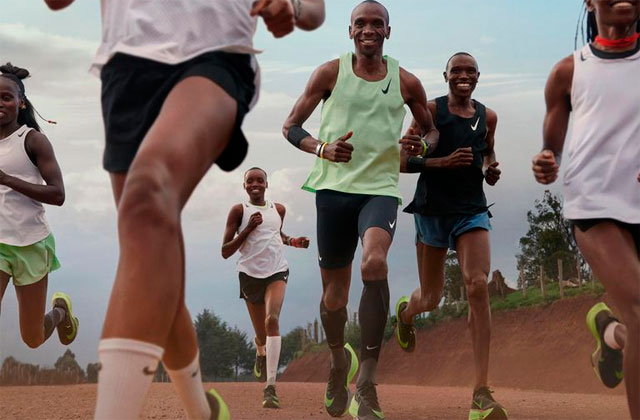 However, some of the recently announced shoes they will be banned under the new rules of the IAAF and the company plans to redesign some of its products. The reaction is likely to be a sign that Nike did not expect the exact rules set by the top international body.

The Nike Air Zoom Alphafly Next%

Now we know with certainty that the shoes with which Kipchoge ran his marathon sub two hours are the Alphafly (full name: Nike Air Zoom Alphafly NEXT%). They are a reworked version of the Vaporfly NEXT%, which were launched last year and which has led to a tremendous ’revolution’ in the background. 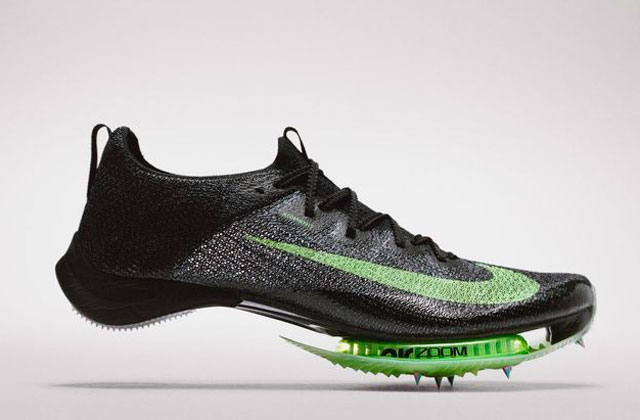 Apparently, they include a single carbon fiber plate and Nike's soft but elastic ZoomX foam, which "drives" athletes to run on tiptoe. The upper part of the shoe is made of a new version of the company's Flyknit material, called Atomknit. It is a thinner and stronger version. But if you go around the shoe, this is where great changes have been made. Instead of the midsole consisting of a large part of the ZoomX foam (known in the industry as Pebax), Nike has cut a part of the foam towards the front of the foot. In its place there are two capsules. In its simplest form, air chambers placed at the bottom of the shoe. Se come as a suspension system that is compressed under pressure.

Both capsules have been added to provide more comfort to the runner, but also because Nike thinks they stop the most wasted energy. Tony Bignell, Nike’s vice president of footwear innovation, says that when runners run carrying a large portion of the ZoomX foam, they see about 80% of that ‘spent’ energy being returned. "These capsules return more energy, they are like 90% of energy efficiency," he says. Ultimately, this means that the runner has to spend a little less energy with each stride. And that, added up, is the ‘host’. Excuse me.