News : “Not everything is as beautiful as the documentary by Pau Dones”

Héctor Gutiérrez, a university professor who lost his father to cancer, will challenge a record on the Camino de Santiago starting tomorrow (776 km running on foot in less than 6 days and 10 hours) to raise funds against cancer. “It is a journey into the unknown,” he admits.

Heroes never brag, but it’s hard not to brag about them.

I am going to introduce you to Héctor Gutiérrez: a 37-year-old man born in Zaragoza in 1983.

Today, at half past two, when the class is over at the University of San Jorge, he will get into the van path of Saint Jean Pied de Port.

Héctor is a professor of sports psychology at the San Jorge de Zaragoza University.

Starting tomorrow, he will have 6 days and 10 hours to break Miguel Mataix’s record on the Camino de Santiago: he should run an average of 120 km per day.

But how can this happen to a university professor?

“I’m a sports fanatic,” he defines himself.

Remember that he started karate “at 5 years old” and competed in the national category “until he was 25. At 16 I went champion of Spain in cadet category “.

Today, before leaving, he will remember the karate fighter he was.

– Perhaps from a physiological point of view it is nothing alike. But karate is a sport in which the most important competition is once or twice a year and you spend months and months thinking about it, just what happens to me now.

“This is a challenge in which there are no scientific references,” he adds. It’s a journey into the unknown: I plan to do 10 km per hour. It is my commitment. I believe in the possible. My last shoots have been at 5’15 ”without any problem. 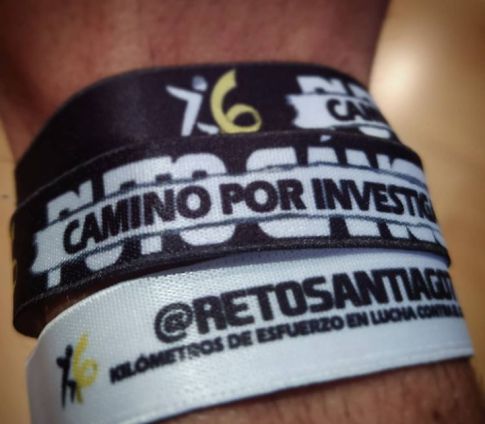 And it all started in a family conversation on the Constitution Bridge talking at home on the Camino de Santiago, which his father did shortly before he died of cancer, and suddenly it occurred to his mother to say:

– And this will not be good to raise funds against cancer?

And Héctor began to think:

“Before the chimes, I will have decided,” he replied to his mother.

He remembered then that he carries “32 years training” and that he has been training “long-term sport” for ten years.

And he started to work.

– I’m a bit crazy and when I mentioned it at the University they told me: “But won’t you think of doing it alone?”

Today, Héctor will leave for Saint Jean Pied de Port in a van where, apart from the cameras, he will be accompanied by Pablo, the coach; Rita, the physical therapist; Gabriel, the nutritionist and Carlos, who leads communication and social networks.

– We have already raised € 3,000 through the page of the Spanish association against cancer – he proudly says.

– We have made a collection of clothes with the drawings made by the children who were admitted to the Miguel Servet hospital in Zaragoza and we told them that if they painted on a stone they would have superpowers. And then each one told their story. And, you know, some of those children were given a month to live and they are still there. I can’t hide it. I get excited when I tell it.

– There will be a lot of pain, many unforeseen events, many moments in which I want to retire, – he admits.

The first stage (tomorrow) will be 113 kilometers at an average of 6min / km.

– We will arrive at Estalla (Navarra).

– We’ll glue bites to the map. Every day two provinces. In fact, on the fifth day we will be in Galicia.

Héctor has trained an average of 140 km per week. But there were weeks of 250 km and in a single day he reached 115 without sitting down at any time.

– I have learned to adjust the training / rest ratio, to run slower no longer exceed the fatigue limit -reason.

I have protected the joints by “doing a lot of strength training” so that the impact is taken by the muscle “and not the bone.”

“Do what you want but don’t lose any more weight,” Gabriel, the nutritionist, told him one day.

Since Christmas, Héctor has only lost 2.5 kg. But right now he only has a 7% percentage of fat (incredible for a man his age).

– The digestive system does not have the capacity to ingest everything it spends. It is not easy to eat all you have to eat. It’s more, I hate eating so much: I tell him about six or seven bananas a day, six or seven liters of water, two or three sandwiches, and then dinner.

– No, by no means, but I do consider myself privileged: having so many people working for me.

– Or working to defeat cancer.

– Years ago I read that in my generation one in seven would suffer from some type of cancer. Since then, I understand that we must do everything we can on our part. I lived it with my father, how he stayed and how the family stayed. 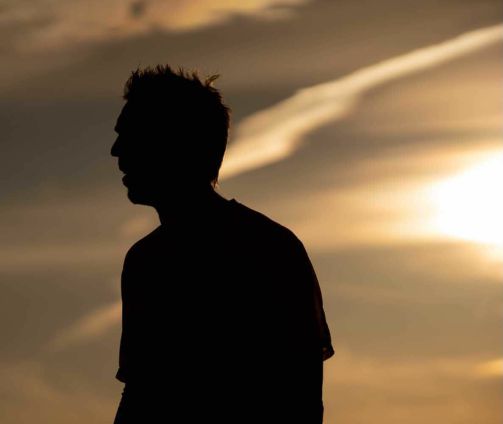 “Not everything is as beautiful as the documentary by Pau Dones,” he argues.

– I’m glad he lived it that way. It’s fantastic. But the reality is not always like this. If it catches you with 40 years as a freelancer having quoted the minimum base …, how do you take it? And how does your wife stay? And if you have children, rest assured that they will never forget you.

“I’m a father,” Héctor Gutiérrez insists. My son is 5 and a half years old and every time I talk about this disease I get the willies.

Hence, it is able to face this immense challenge.

– I don’t have enough ego to break that record. It is the cause that moves me.

– I’m not a runner, I’m a teacher. Today I give my last class and, as soon as I finish, I will leave and I will never forget that the University has opted for this idea and that it welcomed it with totally open arms.

But cancer is to blame.

Cancer is a disease that unites us and that he is able to find people like Héctor Gutiérrez.

A man who will never forget that his father died of cancer.

And that does a lot, a lot of damage.