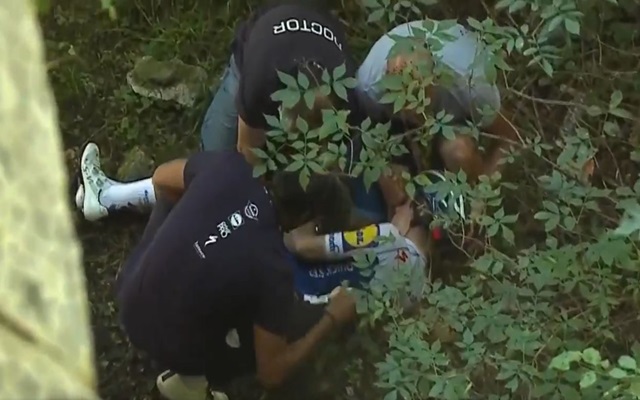 It seems that the chilling fall of Remco Evenepoel in the past Giro de Lombardia has transcended beyond the strictly sporting.

Reviewing the images of the horrifying accident, someone noticed that Davide Bramati, director of Evenepoel, was rushing to quickly hide an object in your pocket.

In the attached images you can clearly see how the director of the Deceuninck Quickstep He takes a white object out of Evenepoel's pocket and puts it with apparent nervousness in his pocket.

The images have not taken long to go viral and raise the controversy.

Much has already been speculated on the content of the package. Illegal transmission of data? Technological doping? Energy bar? A supposed small drum?

At the moment nothing is known exactly, so in view of the situation, the UCI and its president David Lappartient have asked the CADF (anti-doping agency) for a detailed investigation of the events.

Bramati himself and Patrick Lefevre (general manager of the team) have already expressed their disbelief arguing that they were only trying to remove all the usual objects that a cyclist carries in his jersey. Bars, gels, a small bottle and the radio that communicates the cyclist with the team.

The controversy is served!