The Club Atletisme Playas de Castellón won the double in the Spanish Club Cup after the women's victory the day before.

The Playas de Castellón club has proclaimed champion of the LaLigaSports Cup - Copa de España de Clubes in the final of the 1st category GOLD series played this Sunday at the Vallehermoso Stadium in Madrid.

The people of Castellón finished the twenty tests of the program with a total of 138 points, leaving the second classified Fent Camí Mislata (99) far behind and Real Sociedad third (87).

The evening news came with the fourth javelin throw. The Eibar Odei Jainaga (Real Sociedad) sent the javelin up to a stratospheric 84.10 that pulverized its previous record of 81.90 achieved three weeks ago in León. 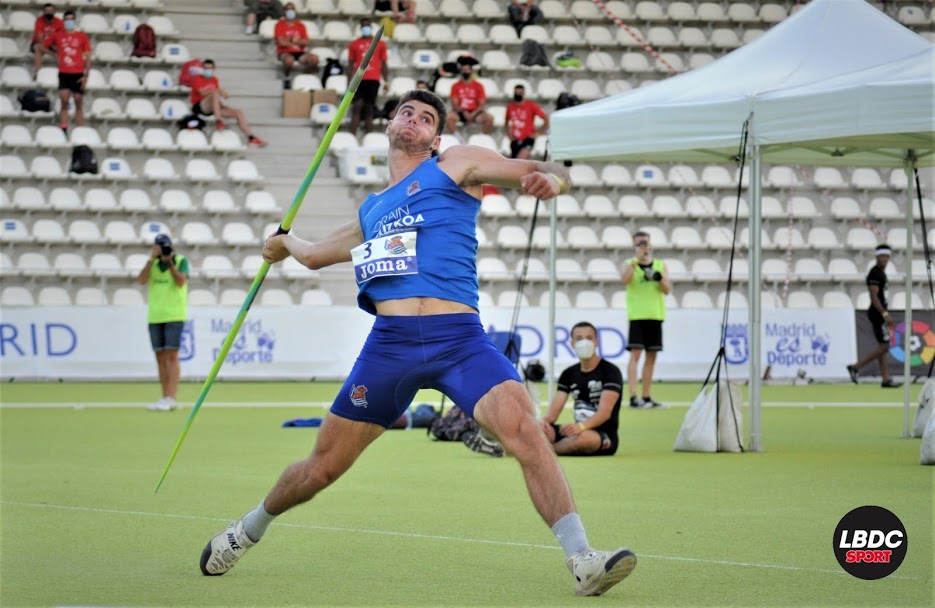 Another great protagonist this Sunday was the Valencian hurdler Enrique Llopis who in the morning, in the SILVER category, has pulverized the best Spanish sub23 brand of 110m hurdles with 13.50, erasing from the list the 13.58 of Javier Colomo that he achieved in 2016.

The winner of this 1st SILVER category was the Nerja Atletismo-UMA (119) ahead of CD Surco Lucena (102) and Tenerife CajaCanarias (100).