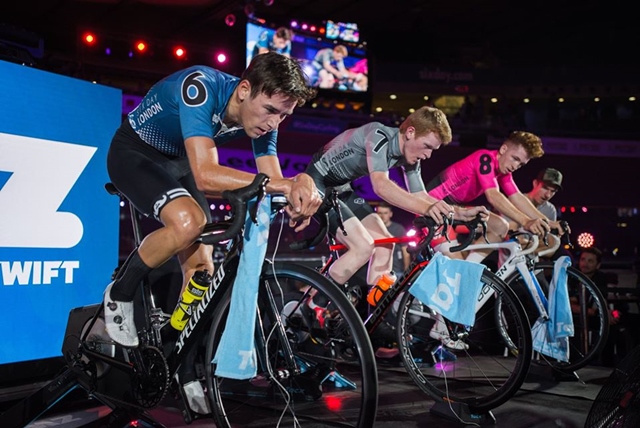 Faced with the Coronavirus and the anomalous situation that we are experiencing, each community hurts its own. Cyclists, like the rest of the country's athletes, are obliged, by law and citizen responsibility, to stay at home. The dreaded confinement has arrived and this implies that the cycling rollers they start to smoke.

Home training is the only viable option right now so you don't lose shape. The rollers, which previously seemed like a tool sent by the devil, are now the only salvation for cyclists. The bicycles, rollers, exercise bikes and virtual cycling simulators They are quoted at a gold price. The social alarm seems to have no end and Wallapop begins to sell second-hand rollers more expensive than new ones.

Despite the arrival of virtual simulators as fun as the application Zwift, Roller training is still pretty boring. The minutes last forever and the initial motivation begins to decline at the rate of vertigo.

To entertain all this and prevent indoor cycling from becoming mental torture, I have compiled 10 interesting videos to see the roll.

Drawing on history, memories and professional knowledge, I have carefully selected 10 essential videos so that the cycling community can better cope with this process.

Do you have any other recommendations? I invite you to share it in the messages. Together stronger, together further! #I stay at home.

By the way. Commercial establishments have closed, but online shopping and transport companies continue to operate normally. If you are climbing the walls and want to buy a roller at all costs, I invite you to visit the special post "best rollers for cycling"

Who says that this roller is useless? Few know the story behind Mathew Hayman's victory at Paris Roubaix in 2016. The Australian was able to win the classic of the classics only by training on the roller. The "aussie" runner suffered a fall 6 weeks before the competition in which he broke his arm. Far from being discouraged, he set up an emergency "Kit" in his garage. The rest? Zwift tells you in the video!

Resistance is one of the most watched television programs in our country. The funny David Broncano interviews this time Alejandro Valverde and Imanol Erviti. Two of the best national cyclists that Broncano is responsible for putting on the ropes in more than a moment.

Chris Froome - Road to the Giro

Do you want to see how the victory of a whole Giro d'Italia begins to be built? In this little report you can see the way and part of the preparation that took Chris Froome to the top of the Italian round. Nothing is the result of chance!

Cycling from the Inside - Robinson Report

Do you want to experience what professional cycling is? This Robinson report gives you first-hand information about what is experienced within a team in the middle of the Giro d'Italia. The report has its days but I assure you that it will not leave you indifferent. Pure cycling and goosebumps in more than one moment.

Don't you know the history of Lionel Sanders? The Canadian is one of the best Ironman triathletes today. A unique athlete who became famous when he released his training schedule. Sanders was about to win the Hawaii Ironman training without leaving home. Roller, treadmill and even indoor pool to mount a full #paincave. How are you doing in confinement now?

Few adjectives remain to define Alejandro Valverde's sports career. A unique cyclist who kissed the glory at the Innsbruck World Championship, achieving the coveted rainbow jersey. The video tells you the whole process and the sporting career of the Murcian from a very personal point of view.

The following video might well have been titled "The Last Dance of the Gunfighter." An authentic exhibition in the Angliru of the pinto cyclist. The Trek runner turned the Tour of Spain upside down in a stage that will remain forever in the memory of fans of this sport. What would become the example of withdrawing in style.

Did you like the previous video? Don't worry, what comes next is a more extensive compilation of Alberto Contador's exhibitions. A unique cyclist with an enviable running attitude.

The changes of pace to Michael Rasmussen at Peyresourde 2007 are history of the Tour de France. A pity that that year everything ended dirtied by the doping of the Danish. This stage will be remembered along with the victory at Plateau de Beille as the first great exhibition of the Spanish.

What do you really need adrenaline? Easy Peter Sagan takes care of it. The most spectacular and media cyclist has left us stages to remember. Here is a compilation with 10 of the best victories of his sports career.