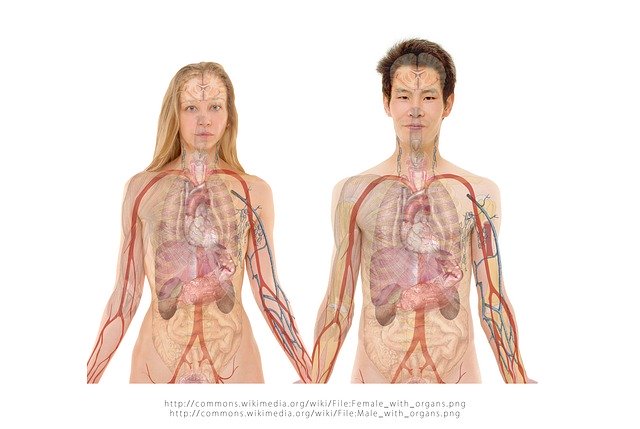 Have you ever had the feeling of breathlessness? We are not referring to the obvious fatigue experienced after a session of intense physical activity, but to something more limiting and unpleasant.

Surely at that time you have been fully aware of the importance of the respiratory system when playing a sport, but we tell you to what extent and how you can improve performance.

What is the respiratory system?

Let's start at the beginning to get a clear idea. The basic function of the respiratory system is to carry oxygen from the air to the blood and remove carbon dioxide (CO2), that is, breathing. The process takes place in a concrete way and different parts intervene. We see it.

Parts of the respiratory system

The fundamental parts are the areas and lungs. Among the first, we can distinguish two parts:

In the whole process there are muscles involved. The diaphragm, the scalenes, pectorals and trapezius intervene in the inhalation, and the obliques, transverse and anterior rectus abdominis, in addition to the internal intercostals in both cases. By exercising them, the function is also improved.

How does it work?

Air enters through the nose and / or mouth and circulates through the airways to the alveoli, where gas exchange takes place. From there, oxygen passes into the blood to be transported to all cells and, at the same time, the CO2 they produce is transported to the lungs for disposal. The heart is the muscular organ responsible for pumping blood, actively intervening in the process.

This is the general functioning, but let's look carefully at what happens to the lungs and heart when you exercise. As the European Lung Foundation explains, By exercising, muscles work more intensively, consuming more oxygen and producing more CO2.. It is an additional demand that the body has to face, which implies that the breath increases from about 15 per minute when it is at rest, about 40 to 60 times. That is, from 12 liters of air to about 100. The circulation, of course, also accelerates.

A healthy person maintains a good reserve of air to breathe well, and his body pumps the blood correctly, then he will not experience difficulties if the activity adjusts to his rhythm. However, when lung function is reduced, much of the reserve is used for that basic biological function that is respiration.

Why is it so important for athletes?

The capacity of the respiratory system determines the performance that an athlete can present. In fact, the scientific community enters the idea that exercise is limited in people who have a pulmonary or cardiovascular disease, as this review of the University of Cádiz advertising in the Andalusian Journal of Sports Medicine.

Therefore, as the same article recalls, in the field of clinic and sport, more and more training plans for respiratory muscles are used. They are aimed primarily at training aerobic capacity, with the aim of improving the performance of healthy people and the quality of life of those who have problems.

A study collected in the UCA review showed the results of a training program using normocapnic hyperpnea and a nutritional guideline, aimed at 26 people who are overweight and obese. Weight loss, greater physical performance and lower perception of respiratory dyspnea were observed, that is, lack of air.

Several investigations carried out with cyclists and athletes have shown that, with a good plan of training of the respiratory muscles, it is possible to increase the strength, the resistance of said musculature and the sports performance of the subjects.

How is respiratory capacity measured?

There are tests that measure how the lungs are working, but the best known is the spirometry. It consists of breathing through a device that measures the amount of air that the lungs retain and at what speed it can be exhaled. A stress test is also usually requested to measure patient limitations.

As the website of the US National Library of Medicine explains, the lung volume can be measured in two ways: plestimography and breathing of helium or nitrogen gas through a tube. Obviously, everything is professionally guided tests.

How to improve lung capacity

If we start from the fact that the respiratory system can be a limiting factor in physical performance, we come to the quick conclusion of how important it is to train it. Read the following tips and exercises to know how.

The European Lung Foundation insists on need to have healthy habits, which completely rules out smoking. This bad habit directly affects the ability to carry out a fluid and complete physical activity, preventing the athlete from knowing their potential development and performing optimized workouts. In fact, in just two weeks after the last cigarette you can exercise for longer.

The same foundation offers some general advice: start with a warm-up muscle, stretch to improve flexibility, train resistance, gradually increase intensity at your own pace, improve strength and cool after exercise, helping the breath to return to normal.

In cyclic and continuous activities, such as swimming or running, breathing should keep pace, be relaxed and deep. In those that do not follow a cycle, such as weightlifting, the breath must be synchronized with each phase: the air expires when you contract the muscles and inspires when you return to the initial position, when the muscles relax again.

The physiotherapist Rodrigo Cassaniti proposes simple exercises you can do at home, and that help increase lung capacity from the point of view of respiratory physiotherapy. He does this in this video from the YouTube channel of Fisio Online, a specialized portal that brings together professionals from the branch.

On the other hand, in specific trainings other devices usually intervene, as the aforementioned review of the University of Cádiz recalls:

Are training aimed at very specific needs, whose results are disparate and that must be prescribed and supervised by a specialist, as a physiotherapist dedicated to the respiratory muscles. If you do not find yourself in special circumstances, you can implement the above: train resistance and strength, gradually increase the load and intensity and do not forget to heat or cool.

Keep in mind that, even if you have breathing problems that hinder your activity, you should not fall into the error of not performing any physical exercise, as this helps improve your abilities. Go adjusting the rhythm to your abilities and, if you experience any strange sensation, get in touch with your doctor.