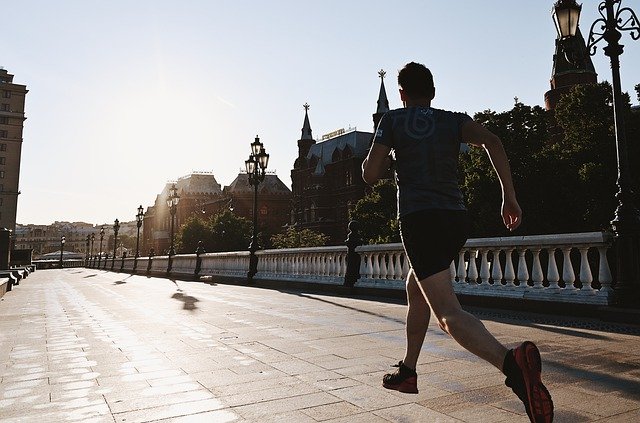 Practicing physical exercise periodically improves health standards, both physically and mentally. This is something that was already widely demonstrated by science and, therefore, stands as one of the best habits to implement in our day to day.

However, there is something even more interesting: several studies have directly demonstrated that practicing running, as well as other sports of an aerobic nature, improves the sexual health, especially some pathologies or ailments that affect men, such as erectile dysfunction or sexual impotence.

Different scientific studies have shown that men can prevent erectile dysfunction by practicing half an hour of aerobic physical exercise a day. Dr. Natalio Cruz, director of the Andromedi specialized medical center, points out that "the erection of the male sexual organ is achieved by a complex action, but which is always based on a vascular response, so that poor cardiovascular health is practically a direct cause erection, something that sport can help directly. "

The organism improves its state of health thanks to the implementation of aerobic exercises such as running, swimming, aerobics or any other activity aimed at improve circulation, since this promotes the arrival of oxygen to the blood vessels. These exercises are more complete and specific to the circulatory system than anaerobes, such as certain gym routines, where explosive force is worked more than lung capacity or resistance.

These sports modalities therefore help to have a greater pumping capacity towards any part of the body (of course also to the genitals), which ends up with fewer problems of erectile dysfunction or impotence. In addition, in parallel, the periodic practice of physical exercise several times a week, respecting rest sessions, increases the stimulation of testosterone, the hormone that determines desire and sexual capacity.

Physical exercise as a definitive treatment against erection problems?

Professor Bente Klarlund Pedersen and her colleague Ellids Kristensen, doctor and researcher at the Sexological Clinic in Copenhagen, explain in their studies that physical activity causes blood vessels to gain elasticity, allowing greater pumping of blood to the sexual organs. Also, practicing sports stimulates nitrogen oxide production, a powerful vasodilator that is for example stimulated when consuming Viagra.

Pedersen argues that physical exercise can be an effective ally for these sexual pathologies. "We are not talking about a cure or a solution, but a powerful weapon that should be included in all combined therapy in Urology, Andrology or Sexual Medicine consultations. If with sports practice the body achieves a more powerful blood circulation, what is achieved is to act against the dysfunction directly ”.

In turn, Kristensen adds that "the recommendation to practice physical exercise should be the first medical prescription "In cases of this type, as they are less invasive actions than medical treatments, many patients with mild cases would respond adequately only to constant routines."

All these opinions are based on own studies validated by medical and scientific organizations. So in a meta study (An exhaustive analysis of already published studies) published in 2018 by the specialized portal NCBI demonstrates without question that physical activity proves to be a protective factor against erection problems.

The study concludes that the weekly practice of 160 minutes of physical exercise for six months contributes to reducing erection problems in men caused by physical inactivity, obesity, hypertension, metabolic syndrome and cardiovascular diseases.

How much exercise is necessary to improve sexual performance and combat impotence?

Danish sexologist Helle Gerbild, author along with other researchers in this meta-study, recommends practicing 40 minutes of exercise four times a week over a period of six months. This is the time necessary to notice improvements in men who suffer from decreases in their sexual behavior.

Dr. Cruz (ex-president of the Spanish Association of Urology), consulted in connection with this study, clarifies that "Unfortunately not all cases of sexual impotence are likely to see improvement with physical exercise. There are mild or moderate cases, which are actually the majority, that will surely do so. But in consultation we see many others, where there are severe physical problems such as venous leakage or Peyornie's disease, or others with complex psychological symptoms of anxiety, which need much more advanced and individualized treatments. There may be people who practice running who read this article and think. Well… and why am I still having problems? It's not really that the claim that training should help them with this is not false at all, it's that their dysfunction problem is something else different, special. ”

Impotence and erectile dysfunction problems affect a high proportion of the male population. Statistics say that 30% of men, including the youngest, suffer from these conditions of a sexual nature.

Still today, the most comfortable solution for many of these problems is through general medicine, medical and pharmacological treatments. Studies such as those by doctors Pedersen or Gerbild focus on other complementary therapies, such as improving physical health through sport.

The impact of each sport modality on the organism, and especially sexual potency, depends on the type of physical activity to be practiced, but there is no doubt that aerobic efforts are a good treatment to improve sexual behavior.

Gerbild also recommends, if starting physical activity as a way to end sexual problems, receive professional attention to adapt the training regimen to normal life routines with the aim that this translates into more self-esteem and motivation in achieving a better state of mind and sexual health.

Impotence and erection problems in men are very common conditions, but sports and healthy living can be an effective remedy to regain libido and potency.