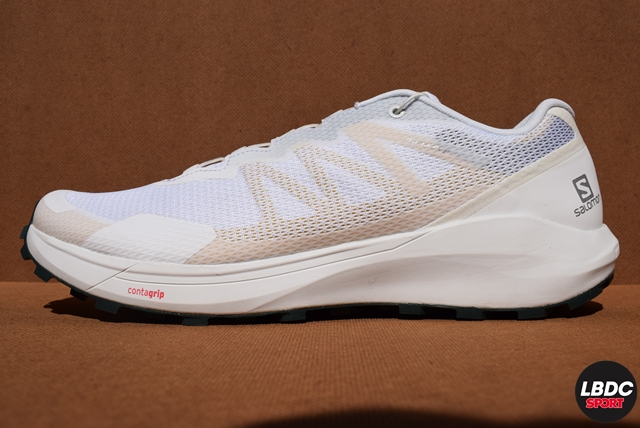 Analysis and characteristics of Salomon Sense Ride 3, a model of Versatile trail running that can be used for both training and competition. This is because of the approach that Salomon gives to this shoe: that it be used on all types of surfaces and terrain and that, without taking it to extremes, it serves both for the usual preparation sessions and for most races on the calendar.

Something surprising about a brand like Salomon is that to make this trail running shoe, was inspired by his road models, incorporating elements in the midsole to reduce vibrations. This is the case of Optivibe (now we see it in the midsole section), one of the novelties of this Sense Ride 3 since it is an evolution of the Vibe used so far in its two predecessors.

Comfort is another factor that is taken into account in Sense Ride 3. You only have to have it in your hands to see a fairly clean upper that allows great breathability. Although "clean" is only due to the discretion of reinforcing elements, since it is precisely the upper cut which concentrates the majority of technologies of the entire shoe. The French brand is perhaps one of the most concerned with every millimeter of the upper and that shows in the end.

The versatility is confirmed by the weight, tremendously low for its profile since it only weighs 280gr in the men's finish and 235gr in the women's one. There is a Sense Ride 3 finish in Gore-Tex that, logically, weighs a little more, reaching up to 290gr in their case and 250gr in theirs. We see everything. 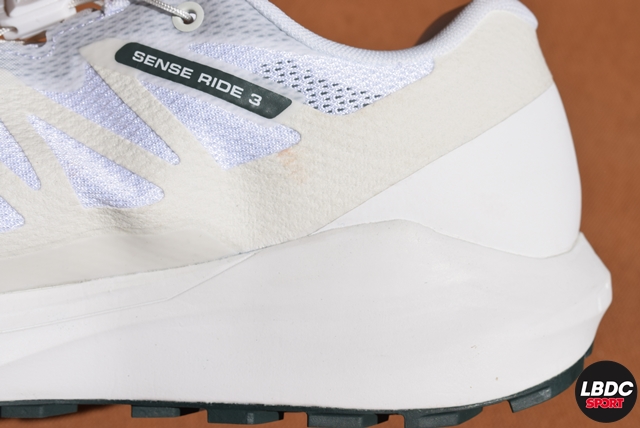 The Salomon Sense Ride 3 midsole has a simple appearance, with smooth lines reminiscent of an asphalt shoe. Regarding the previous delivery, both sides of the ankle (I speak of midsole), go up a little more, encapsulating the foot more and giving it stability on the tread. In any case, the drop is 8mm on the basis that it rises less than it appears: 27mm in the ankle area and 19mm in the forefoot.

The star technology here is a debutante: Optivibe. Actually, both Sense Ride and Sense Ride 2 used Vibe, so logically it's an improvement on something that already worked. Optivibe is a combination of cushioned materials that seek to reduce vibrations that occur while running, trying to affect muscle fatigue as little as possible. 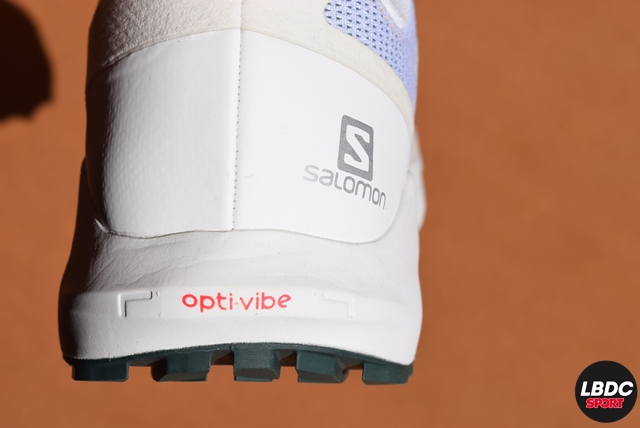 The way it is done with Optivibe is by combining a mainly damped compound, with another also damped but more focused on a good response. The first is embedded within the second and is the one in charge of attenuating the vibrations. The one that makes the casing also cushions but adding more rebound. All this, provides, according to Salomon's measurements, an extra 15% in the reduction of vibration that occurs when impacting the ground. And if there is less vibration, there is less energy expenditure. Since the most cushioned and vibration-reducing material is inside and not visible, Salomon allows whoever wants to check that it is indeed there and with what texture ... You just have to remove the insole (by the way, from Ortholite® and with 4mm thick padding) and you will see a kind of small window that you can pull out of and ... Voilà !, in plain sight. 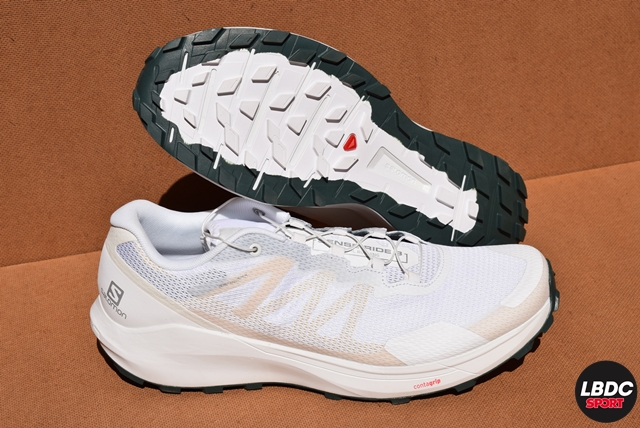 The Salomon Sense Ride 3 sole maintains, on the one hand, the distribution of the tread on the heel and on the belly of the forefoot and substantially modifies the outer edge of the entire front part. From behind they are still mounted in a countergrip (inverted, to have better grip on the descents). Ahead, the rhombus design is repeated, which allows giving them an incisive shape, while on the edges, the pairs have been reduced to larger units and allow for a firm grip even if we grab the "point of support", either whichever. 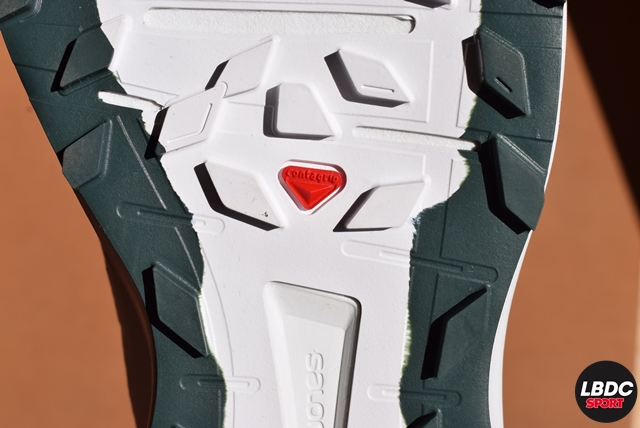 On the other hand, this variation means that the previous transverse strips have changed to thinner, but more numerous ones. The flexibility is still increased by having made cuts and emptied rubber, where this Sense Ride 3 will flex better, but significantly varying the cross cuts compared to previous editions.

The technology used in the sole is Contagrip® MA and it is all of the same rubber compound arranged with a certain geometry to be able to use it on different types of terrain. It does not have an anti-rock plate, so it is clear that it is not specifically designed for the most technical terrains, compared to other models. 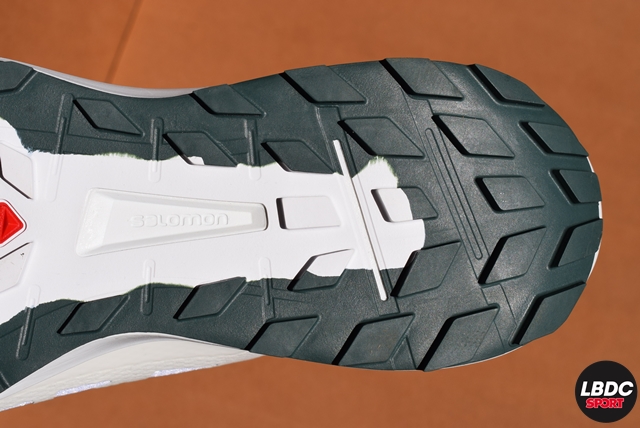 Another peculiarity is that it can be used in dry, hard, humid or slippery places, although its 3mm lugs say that, without a doubt, it will move better in territories where it does not need to dig much into the ground.

In the area under the metatarsals, Salomon inserts Profeel Film, a small protection against stones and relatively pointed elements, making it soften the pressure on the sole of the foot when you step on them. 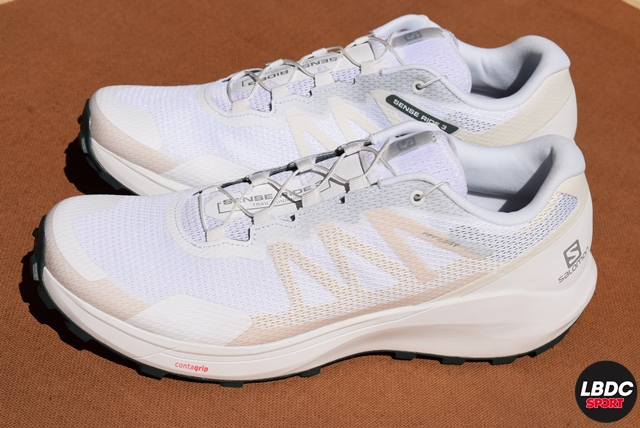 The Salomon Sense Ride 3 upper comes with a seamless mesh that has a weave that will protect from small elements that fall on the foot, not letting them in. A very clean mesh, apparently, of reinforcements that will allow great breathability.

On the outside, the technology in charge is SensiFit ™ and consists of all the key elements that hold the foot in all the steps of the footprint and that are distributed on both sides of the midfoot. The reinforcements for this fastening are some on the outside and visible, and others below a layer of mesh, which makes them not as detectable. 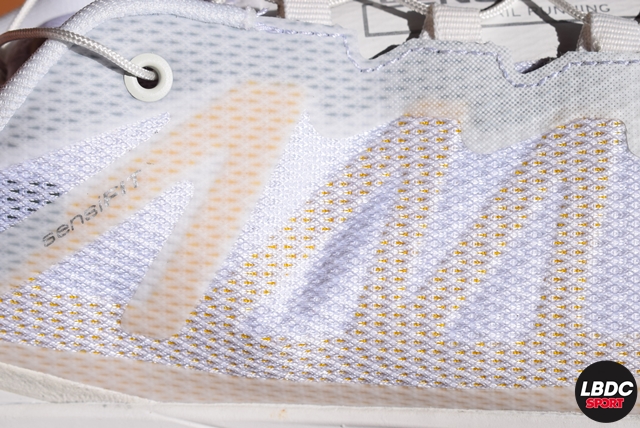 So Sense Ride 3 may appear to be weak but it is not. On the inside face the reinforcements are clearly visible in the form of six heat-sealed strips that, when closing the loop, it will pull them and hug the foot forcefully. On the outside there are six more, but two transparent and the other four passes between the mesh and the inner lining. In total 12 reinforcement strips that are born in the eyelets and inserted into the midsole. That inner lining I refer to is of the EndoFit ™ type and is in line with the French brand of taking great care of the fit of the foot. As a closure, Sense Ride 3 uses Salomon's own Quicklace ™, a long-haul system now, where to knot or loosen the lacing (which is no longer such) there is a pin that opens or closes by pressure. By pulling the cord with the pin open, the shoe closes on the foot. When you notice that the tension is adequate, you let go of the pin, it closes on the cord and does not move or move even a millimeter. By the same procedure it is very easy to loosen or tighten, if we want to spin fine in the fit. 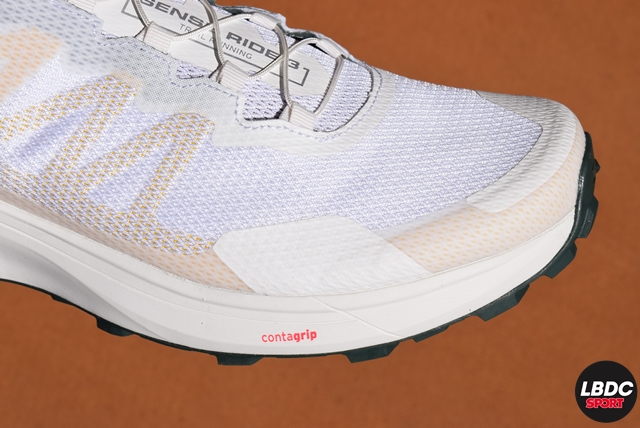 The mesh is apparently free of bulky reinforcements, but there is a detail that goes into the durability and they are three subtle but very added in the area of ​​the big toe just where the mesh flexes in the last phase of the tread, the base of the fingers ... They barely attract attention but they will help the mesh last longer before breaking through those critical areas in the shoes.

The tongue deserves a separate mention because it is not only attached to the body of the shoe so that it cannot move or allow small elements to enter it easily, but it also incorporates a pocket where you can put all the part of the cord that is free so that it does not wobble. nor get hooked. 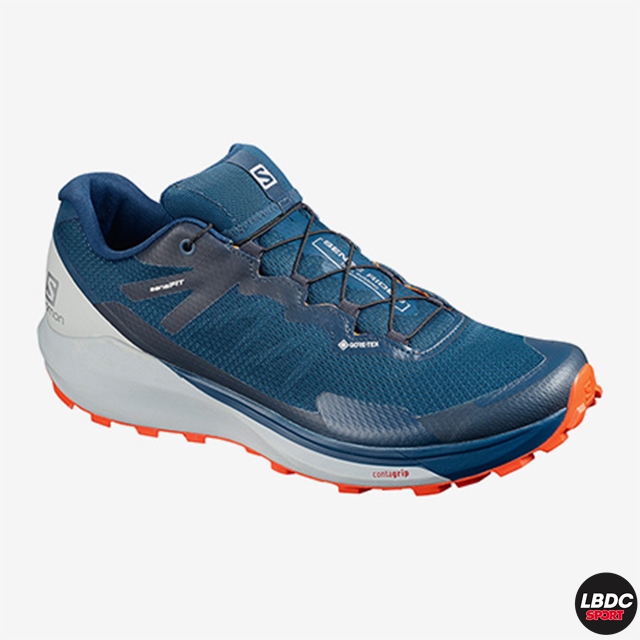 As expected, there is the possibility of acquiring the version in Gore-Tex. The name changes a bit and it becomes Salomon Sense Ride 3 GTX Invisible Fit.

At the sole and midsole level it is exactly the same, not so in the upper, obviously. Here a climate protection is given by a membrane made in Gore-Tex and it will be useful for places where the weather is quite harsh.

The interior touch is like that of its "sister", which is not Gore-Tex but with all the external protection. Of course, the weight increases a little: 10gr more for men (290) and 15gr for women (250). Salomon Sense Ride 3 (and its Gore-Tex equivalent) is a trail running shoe for neutral footing or very versatile insole, both in training and in competitions, and with a low weight of 280gr in the men's finish and 235gr in the women's.

Collect ideas from the Running division of Salomon to get a cushioned midsole that, thanks to OptiVibe, reduces the vibration that occurs when running, as well as improving rebound.

Sense Ride 3 has a sole with a generous and pronounced lining that will allow you to move around different terrains. That the studs are shorter than long already indicate that, despite its versatility, the sole will move better through mixed or hard areas not because of very muddy places or that you need to sink to progress. Above, an upper with a very soft line, reminiscent of an asphalt shoe, has its strength in breathability and in a very consistent support of the foot, thanks to technologies such as SensiFit and EndoFit. 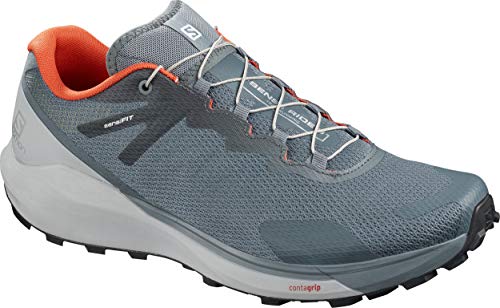