Details and characteristics of Saucony Ride 13, the new release of this versatile daily training model from the American brand. In this new installment there are many changes in all the parts of a shoe that usually have good acceptance among many runners and runners.

Input leaves behind the ISOfit system that has characterized many Saucony technical range models in recent years. ISOfit consisted of a fastening, first exoskeletal and later more integrated, which was responsible for so many models having the “ISO” tag to differentiate them from the rest. Now Saucony opts for a more common system in running shoes as we will see in the upper section … 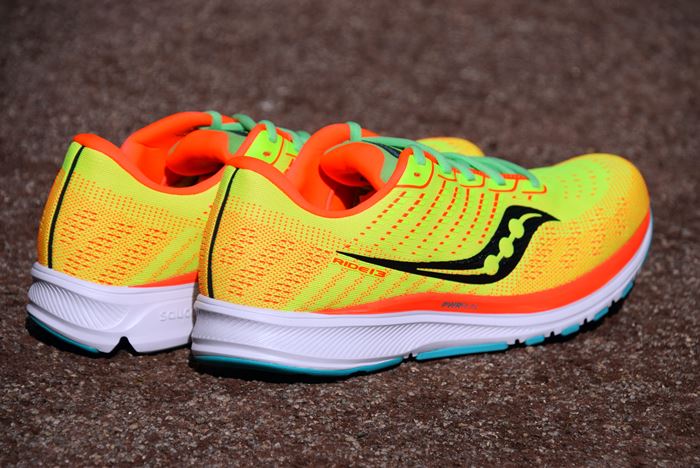 The weight varies rather little, now 277g in the men’s finish and 244g in the women’s. Practically the same, but that’s what changes the least, because there are more news, changes in the midsole, in the sole … Come on, much more than a facelift. We see it. 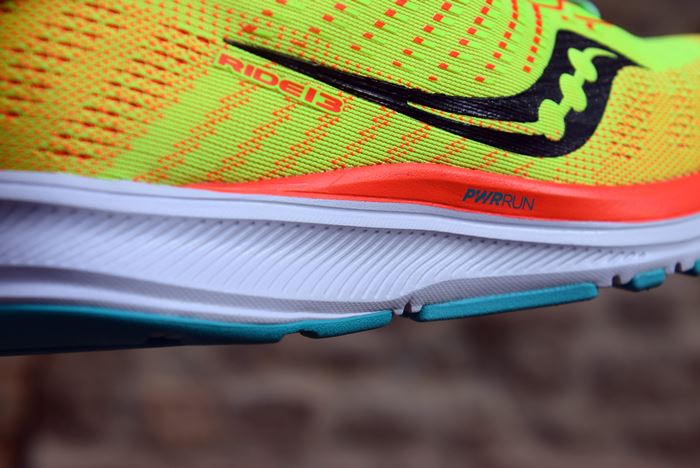 The centennial brand originally from Pennsylvania has loaded the Everun compound for the new Ride 13. Now the material used is PWRRUN (a combination of EVA and TPU material) and what Saucony is looking for with this change is to obtain a greater energy return while maintaining a soft sensation when impacting against the ground. 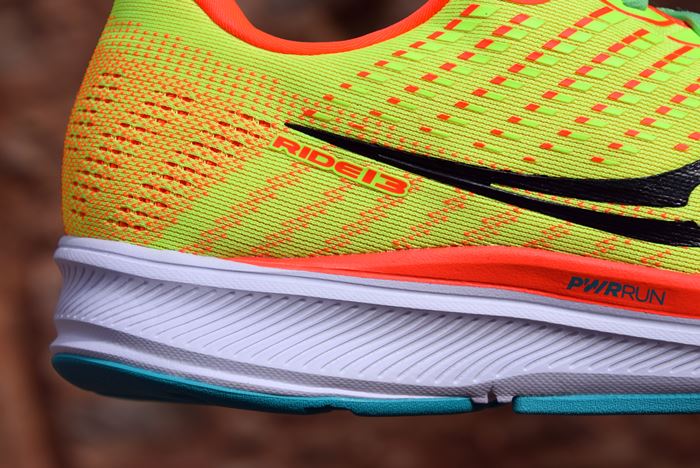 It seems that this was already provided by Everun, perhaps softer than PWRRUN, so the differentiating fact will have to be found in the new compound that is more elastic, which, apart from better absorbing the impact, has to favor the transition of the tread . Durability is another important feature of PWRRUN, also to consider.

The footbed (what is between the inner insole and the midsole itself) is another surprise because it is PWRRUN +, which is still a material with the same properties, but that “+” indicates that it is have enhanced soft cushioning to provide greater comfort and softness to the touch.

The height of the midsole is 32mm in the heel area and 24mm in the forefoot, which gives a result of 8mm of unevenness or fall …, or what is commonly known as “drop”. 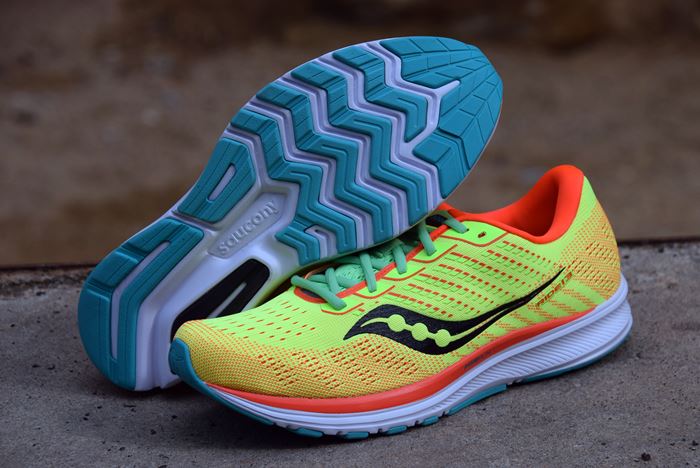 In the sole of Saucony Ride 13 there are more changes. We no longer see that curious translucent rubber that allowed us to see the base of the midsole (only when the shoe was new and clean, because later, with the sole dirty, the truth is that it lost its grace …). 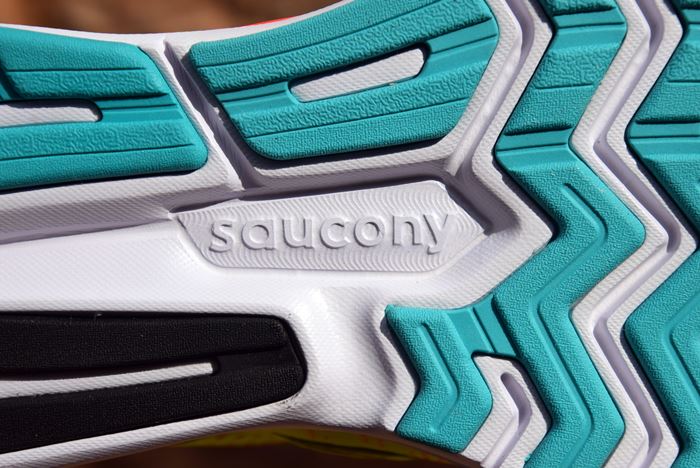 Now the outsole uses a more normal rubber in that sense and that will also do its function of grip and durability. Of course, we can clearly differentiate between two types of rubbers: the hardest and most resistant, distributed in two areas: the toe and the heel; and the softest, in the entire area of ​​the plantar arch and, above all, under the metatarsals, for, thanks to the arrow design and the great adhesion of this rubber, traction in the best way. 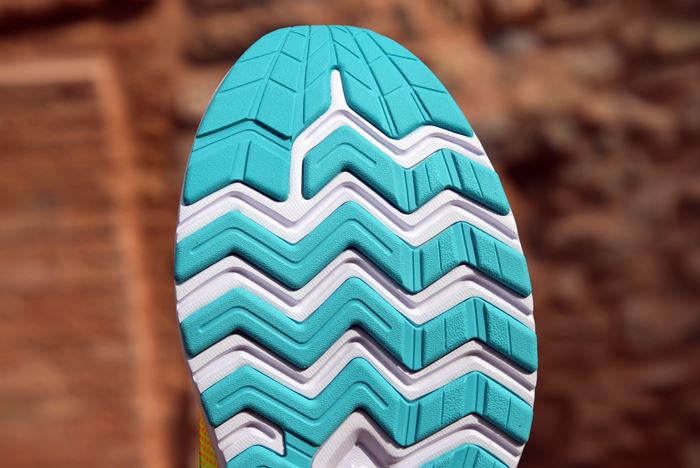 It also repeats the TRI-FLEX design, that arrow drawing that I mentioned a moment ago and how well it gives Saucony in its models. The fact that there are several arrow lines separated by transverse grooves, are indicating that the shoe has to flex luxuriously at this point (something that matches the PWRRUN elastic material of the midsole). 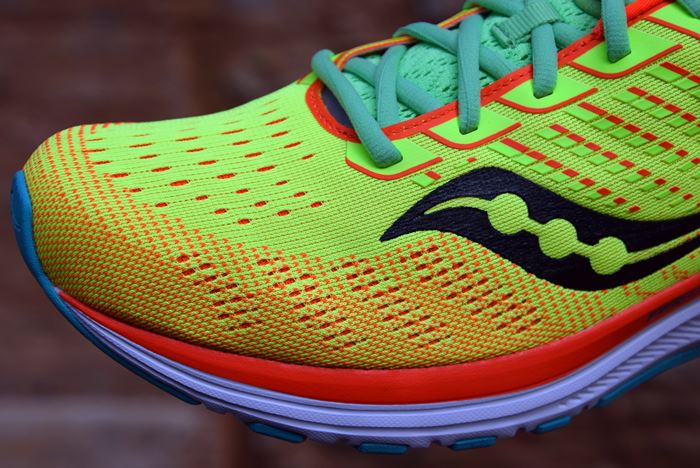 The upper of the Saucnoy Ride 13 is characterized by abandoning ISOfit and embracing the TPU inserts to reinforce the midfoot area. Of course, nothing to do with the first ISOfit structures (rigid and exterior) and that little by little Saucony has been diluting until it disappears. Now those inserts in TPU, everything and that do their job, are not going to hold the foot like ISOfit did. Claro, on the other hand, benefits from greater lightness and a much softer grip to use. 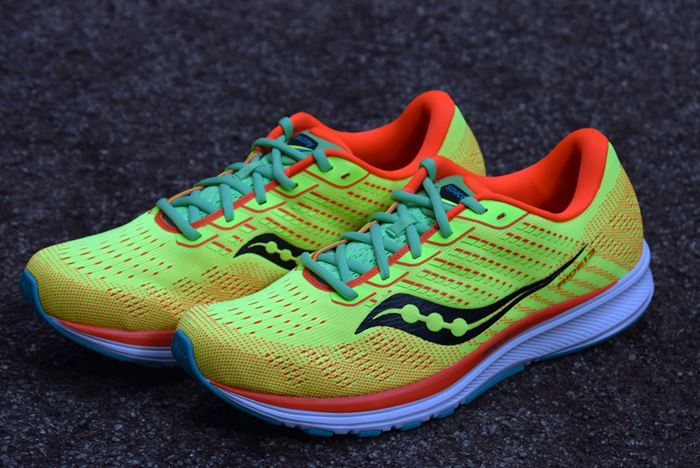 And is that the mesh, which is very open (especially on the fingers) and light (uses a single layer) conveys a feeling of greater comfort. The Current technology is Formfit and it is characterized by these overlapping pieces and manufactured in 3D. The utility they have is that they provide a resistant structure where tensions are foreseen by holding the foot, but also with stretching areas so that their use is comfortable. 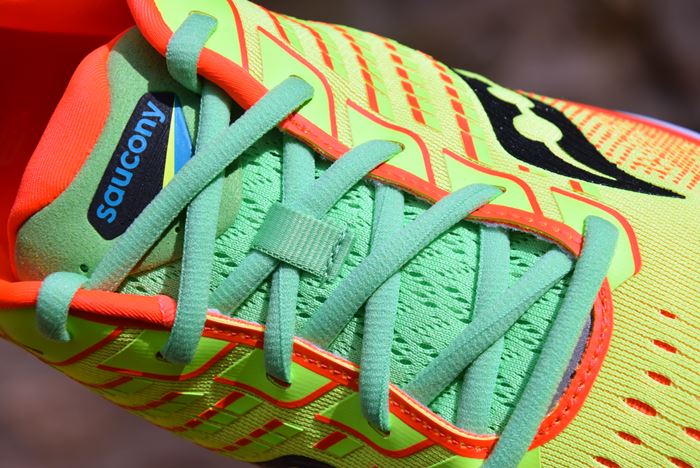 The Ride 13 laces are round and if we look inside we see a very padded tongue that is attached to the body of the shoe from the sides (making the central strip that is usually used a bit unnecessary so that it does not move and it is clear that not needed here).

The tremendously padded that the bowl is, with a very soft lining, makes it more clear that Saucony wants this model to be very comfortable in use. 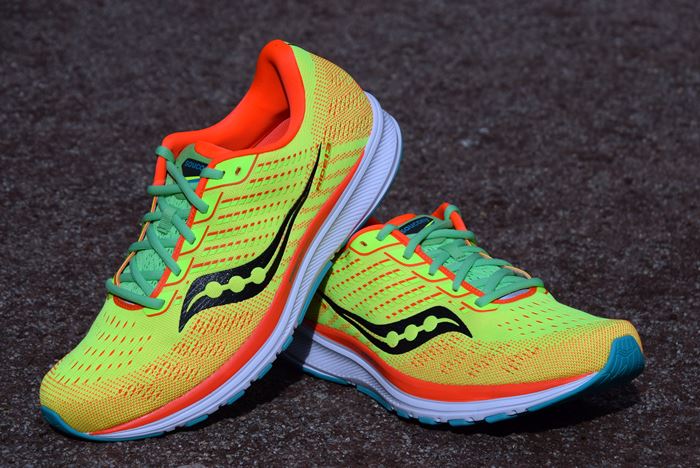 Saucony Ride 13 is a daily training shoe designed for runners and runners with a neutral footprint or template. Despite being training, it is versatile enough to be used in different situations, even in races, especially the more the distance increases and the more comfortable running is appreciated.

Many things have changed with respect to previous deliveries, since now materials such as PWRRUN (midsole) or Formfit in the upper have taken center stage, to further polish an already evolved model.

The rhythms where to use it are those typical of filming, faster sporadically and even if series are made from time to time. Although if you want to work hard on intense rhythms or work a lot with fractional training, you can always think about acquiring mixed shoes for those specific situations.

The structure of this model allows it to be used by a wide variety of runners, although it will be 100% used by those who move around a medium weight. 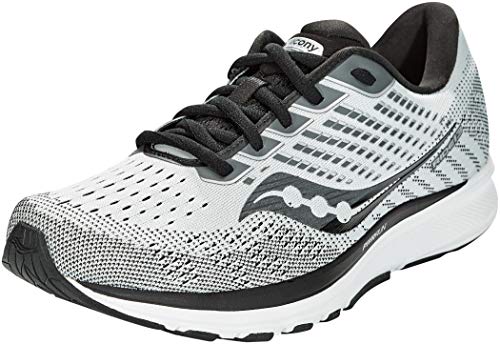 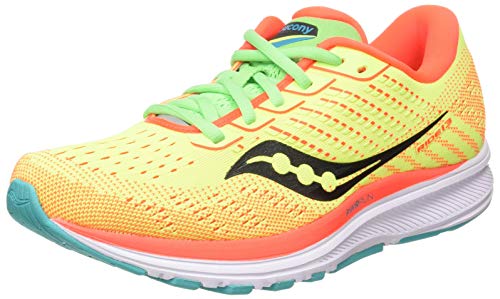