The new Vallhermoso stadium will live this coming sunday August 25th its long start with a truly spectacular athletes poster. Madrid will finally have a stadium in line with the great European capitals and a first-class 'premiere' is planned with the presence of the best national athletes (Husillos, Hortelano, Abadía, Carro, Esther Guerrero, María Vicente, Peleteiro, etc.) and international stars such as Asafa Powell, Michael Rodgers or Darya Klishina.

Hortelano, national record holder of 100, 200 and 400 meters, will face the second fastest Spanish in this last distance one year after his spectacular duel on the blue track of Moratalaz, which threw the two best Spanish brands in history. That day Bruno Hortelano recorded 44.69 and Husillos 44.73, in the 400 meters.

The race will also involve Bruno Hortelano's debut in official competition this season, while Husillos arrives as the leader of the Spanish ranking of the year with his 46.36 mark achieved in the last European team championship in the Polish town of Bydgoszcz

At the moment there are few athletes confirmed for the Meeting from Vallehermoso, although the ones that will be sure are Salma Celeste Paralluelo Y Maria Vicente.

Vicente, 18 years old and Spanish record holder of heptathlon, will compete in long jump, a discipline in which he accredited the best mark the 6.47 meters achieved in July in the Championship of Spain sub-20 played in Granollers. In addition, it is the current European champion of its category and the first Spanish in history that has overcome the 6,000 point barrier, with 6,115.

Paralluelo, with 15 years, he will run the 400 meters, test in which he is the current bronze medalist in the Spanish indoor track championship. It also has the Spanish sub-20 and sub-18 records with a time of 53.83.

Another confirmed athlete is Orlando Ortega, who is the best hurdler of today. In July he ran on 13.05 in Lausanne (Switzerland), just one hundredth of his record for Spain and also won with authority the European championship by national teams ahead of the favorite Pascal Martinot-Lagarde.

Among the participants confirmed in long jump, the presence of Darya Klishina. This 28-year-old jumper is the current world runner-up in the outdoor discipline, achieved in the London Olympic in 2017 and a total of three medals have been hung in continental championships.

Another athlete who knows what it is to fly beyond seven meters is That brume. The Nigerian finished fifth in the last Olympic Games in Rio de Janeiro 2016 and achieved her best personal mark of 7.05 on August 4 in the Turkish city of Bursa.

Two other athletes who have achieved their best personal mark this season and will also be in Vallehermoso are Chantel Malone, the jumper of the British Virgin Islands who credited 6.90 on April 26, and Naa Anang, the Australian who jumped on April 7 6.81 in Sydney.

Another one of the stellar duels that will be seen in Vallehermoso will face the Jamaican Asafa Powell with the American Michael Rodgers in the 100 meters smooth.

Powell, which this year has run in 10.2 seconds, although it has a better personal mark of 9.72, and Rodgers, who has a better personal record of 9.85, will start as the top favorites in the hectometer test with the permission of the Japanese Abdul Hakim Sani Brown, which has the eleventh best mark of the season with 9.97.

The Madrid test will feature two other athletes who have managed to get off the ten-second barrier, the South African Simon Magakwe, which has a better personal brand of 9.98, and also the Japanese Yoshihide Kiryu, which has an identical record.

Among the Spaniards who will try to make spectacular records of those athletes will be the veteran Ángel David Rodríguez; Javier Martín, which this year has run at 10.35, and the young Retamal Pol, which recently achieved the second best Spanish brand of all time in the 200s with a time of 20.49 seconds.

Vallehermoso Stadium was inaugurated in 1962 on the occasion of Iberoamerican Athletic Games, referenced by the poster image for this 2019.

Great world and national athletes passed through its tracks and beautiful moments like that of 1987 are still remembered, when Edwin Moses, by then world record holder of 400 meters hurdles, lost an unbeatable 122 consecutive victories at the hands of the American also Danny Harris, or the most recent, in 2005, when the Russian pertiguist Yelena Isibayeva set a new world record with 4.95.

Teledeporte will offer the entire meeting in full. The schedules are as follows: 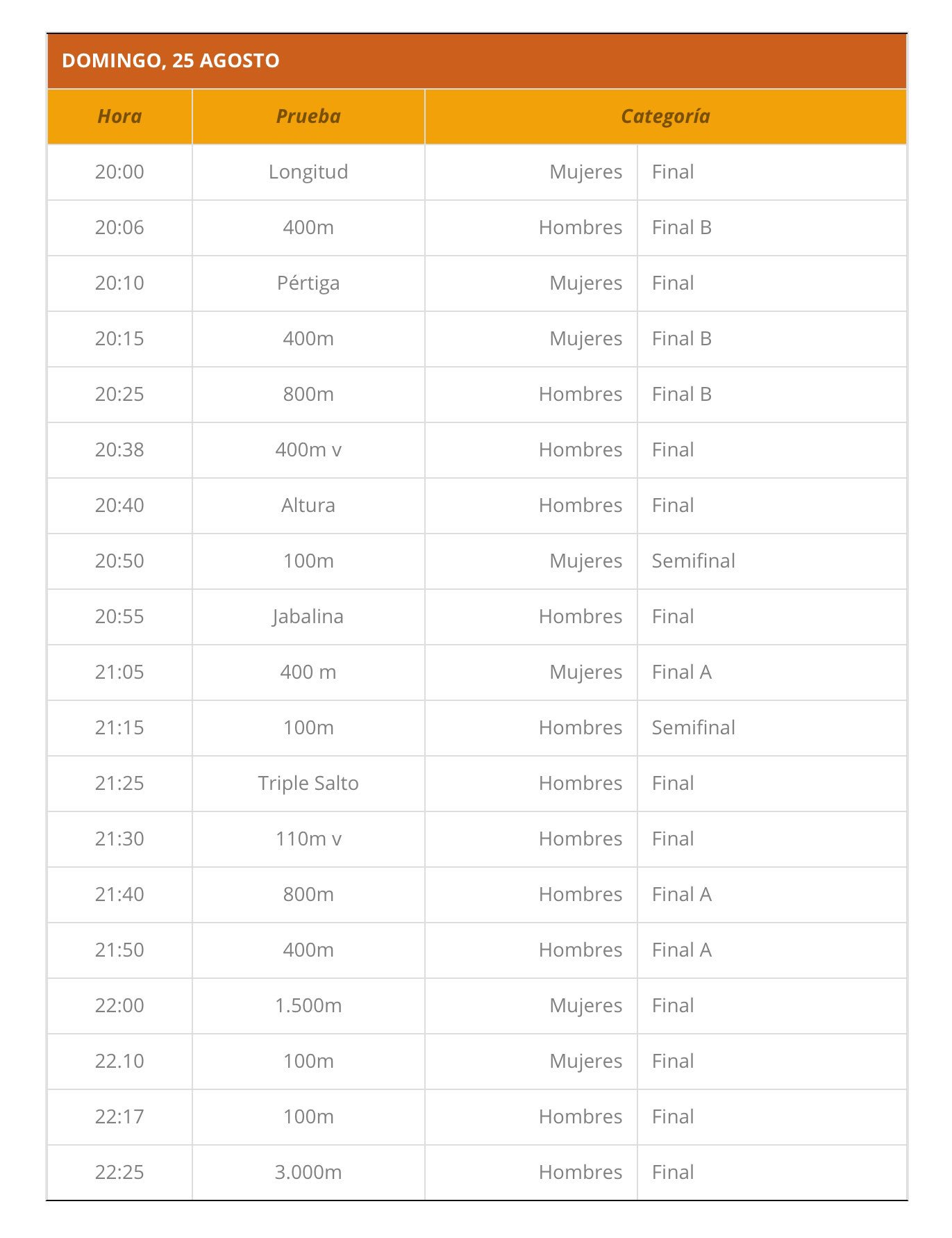