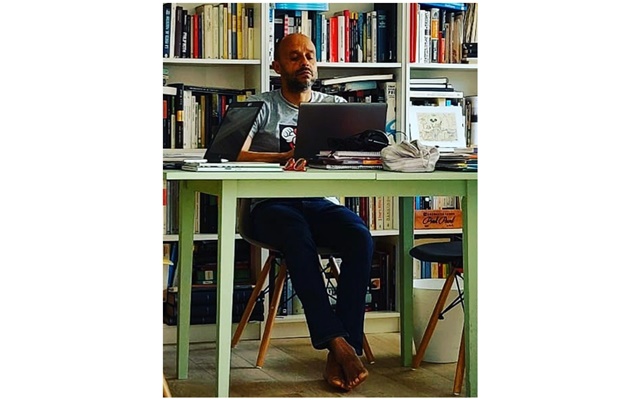 It was the Catalan Aouita. An 800 athlete who came to run in 1'48 ”and to compete to go to the Barcelona 92 ​​Olympics. Today, he is a chronicler of 'La Vanguardia' who writes of a thousand things, including athletics with a naturalness that leaves us marked.

At a time, when everyone in Barcelona dreamed of volunteering at the 1992 Olympics, he did not.

He dreamed of something more important, to participate in those Olympics. And Sergio Heredia had reasons that, in the eyes of athletics, it was the Catalan Said Aouita.

A young man who, despite living in the Pedralbes neighborhood, doubled twice a day. A splendid athlete of 800, actually, who went to the same concentrations that the Spanish Federation organized for Fermín Cacho, for Teofilo Benito, for Luismi Berlanas, for Luis Javier González…

That as a junior he was a senior champion of Catalonia.

That with 16 years he won the championship of Spain cadet of 1,000 meters in 2'32 "on the Vallehermoso track giving kisses on the last straight. What opportunity did he lose then to make the record for Spain and how he was reproached by the Catalan Federation, normal.

But then the storyteller inside him dawned: that feeling.

No one who told him knew that minutes before the final began, while warming up on the grass, heard from the stands to his mother and one of his brothers who, without saying anything, had come to see him.

-What things. What a thrill.

Everything cracked inside him, starting with his legs.

His mother, like his father, a renowned ophthalmologist from Barcelona that one day he arrived from the Dominican Republic, he recognized, from that day on, the liking of the second of his six children to run.

They never said to him again: "Sergio, sign up for football better."

And the blame was those kisses that saw him throw on the last straight, victorious and imposing Sergio Heredia, how can he not be proud.

But Sergio was a very good athlete. 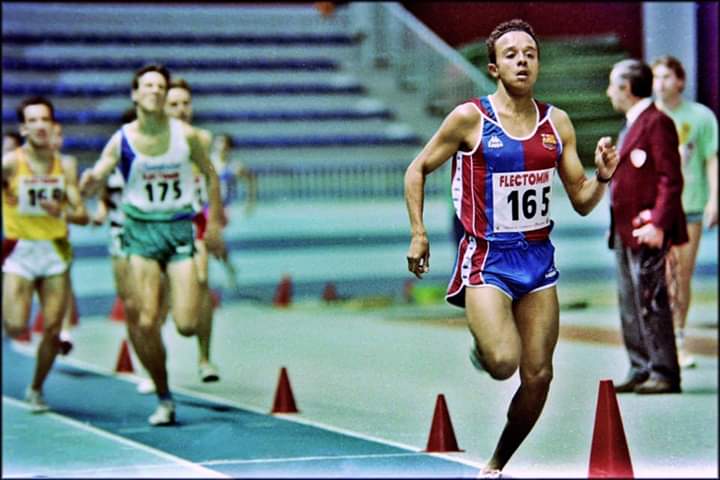 A guy who was going to compete in miles with Fermín Cacho in which he was also going to discover the difference. "While he was collecting two million pesetas they paid me 35,000 ″.

"I was very good, but it was not so good for a reason: it hurt me a lot," he explains today to sentence the past.

"When I was five or six and saw what I was suffering I said to myself:‘ this is over, this no longer leads to anything. '"

And it is over.

And the elite athlete, who had mobilized his 400 colleagues from ‘La Vanguardia’ that weekend of '96 in which he reached the final in the Spanish Championship in Malaga, did not return.

He had started as a fellow in ‘La Vanguardia’ and had to change registration: life is like that.

He had to explain to himself that “this is going to be difficult. In fact, at first, the first five years I was autonomous and took everything that came out. I did encyclopedias. I was director of the magazine ‘Catalunya Marathon’…. ”

"To get to where I am now I have taken many colleges," he explains today.

The reality is that I have come to him for the naturalness with which he writes of a thousand things in ‘La Vanguardia’, including athletics.

Perhaps because there is no one more suitable to write athletics than a journalist who was an athlete and who verified it for himself: "Not winning fucked me and fucked me a lot."

“And it didn't matter that the one who beat me was a partner or friend because if in the race you had to use your elbows, I did it and he did it to me. And if it was necessary to intimidate in the camera of calls I intimidated him and he intimidated me because athletics is an individual sport ”.

Sergio Heredia will never abandon athletics. It is impossible. Every week 60 kilometers on average and every June 9 on his birthday, he gives away a 500 to the maximum. "At 60 I aspire to make 1'12."

Actually, you cannot and should never stop what you like, but there is a moment when you must know how to distance yourself.

It was what Sergio Heredia did in '96.

It was what he explains to me today.

It was when he realized that this was over, that the trip threatened to go nowhere, and that the journalist, who longed to be, had to start now.

It is not the example. It is your example.

It is not known if it is worth for 1 or 1,000 athletes, who do not finish taking off. But in life you have to decide how he decided. No one knows what will happen when they make a decision.

Today, however, Sergio Heredia is a renowned journalist from 'La Vanguardia', where he explains things as they are, where he is not ashamed to talk about the problems that his skin color has caused him (“brownish”, as he says) Because he already has "the tools to deactivate racism" that is exercised against him.

He made an article about this that only on Twitter it exceeded 160,000 interactions.

That day I decided to call him.

And, as I imagined, I found a man in love equally with writing and athletics. Perhaps his perfect rebellion against fate or against what his own family had envisioned for him.

-They always wanted me to study a career with face and eyes and I studied law, but when I finished I made it very clear, "now journalism, now it is journalism."

And today he is a journalist.

A versatile journalist who has returned to sports after writing about crimes, of social misfortunes like that of the Prestige, traveling around the world (Afghanistan, Haiti, etc.) and even the Economy in the worst years of the crisis.

It all started on September 11, 2001 with the attack on the Twin Towers.

“I was in Chicago, where my brother lived, and they found me from the newspaper to go to New York because they couldn't send anyone. I got on a bus with $ 300 and three T-shirts. I covered the 2,000 kilometers. The calls to the newspaper were collect calls ”.

Who knows if this would have happened if from 18 years Sergio Heredia would not have been injured so much?

Right after participating in a junior European in Croatia.

Who knows if he had become champion of Spain, Olympian in Barcelona and downgraded his mark in 800 as it seemed the most logical thing to do?

But at 26 he realized that it could no longer be.

There are moments that cannot be chosen. "What are you going to do when you're 40?" he asked himself at 26 and was afraid of the answer.

And he started to work.

Today, he appreciates when he sees the curriculum of the Spanish athletes who go to the Olympics, the Europeans, the World Cups. "Almost everyone studies medicine, pharmacy, law, architecture ... what do I know, but it has to be that way. Otherwise, what do you have for tomorrow? A few savings if at all? ”

So this conversation quickly went off track. Perhaps because it had to be this way: athletics is inseparable from life.

You cannot understand one thing without the other, as Sergio Heredia, that “dark or brownish” colored man who went to a radio program in Catalonia this morning from a friend, demonstrated today.

-When the boss saw me, who didn't know me, he asked me "But do you understand Catalan?" Because nobody imagines that a man of my color speaks Catalan, nor myself when I see others of my color.

But, in the end, life is about that: answering the questions no matter how surprising the answers.