If Reyes Estévez showed this weekend in the 10,000 Catalan Championship that he is at a superlative level at 44 years of age, what Jaime López de Egea did at 65 studs has left us totally speechless. Returning to Estévez, the one from Cornellá, a few months after his 45th birthday, prevailed comfortably in Santa Coloma de Gramenet with a time of 29: 35.79, lowering the regional record in the M40 master category dating from 1992 by almost a minute. Fernando Díaz (30: 31.95).

On your side, López de Egea, 65, completed the 25 regulation laps in a brutal time of 36: 50.71. In a Final C in which he was the oldest of the entire starting grid, Jaime, from CE Ironwill BCN, entered the finish line in seventh place and ahead of him were athletes 10 and 15 years younger than him.

The record of this athlete places him as the fastest in history in that distance in the open air, hitting a bite of almost three minutes to the previous record of Diaquino González (39.29.07). It should be noted that the current M65 World Record is currently held by New Zealander Derek Turnbull with 34.42.2 achieved in 1992. 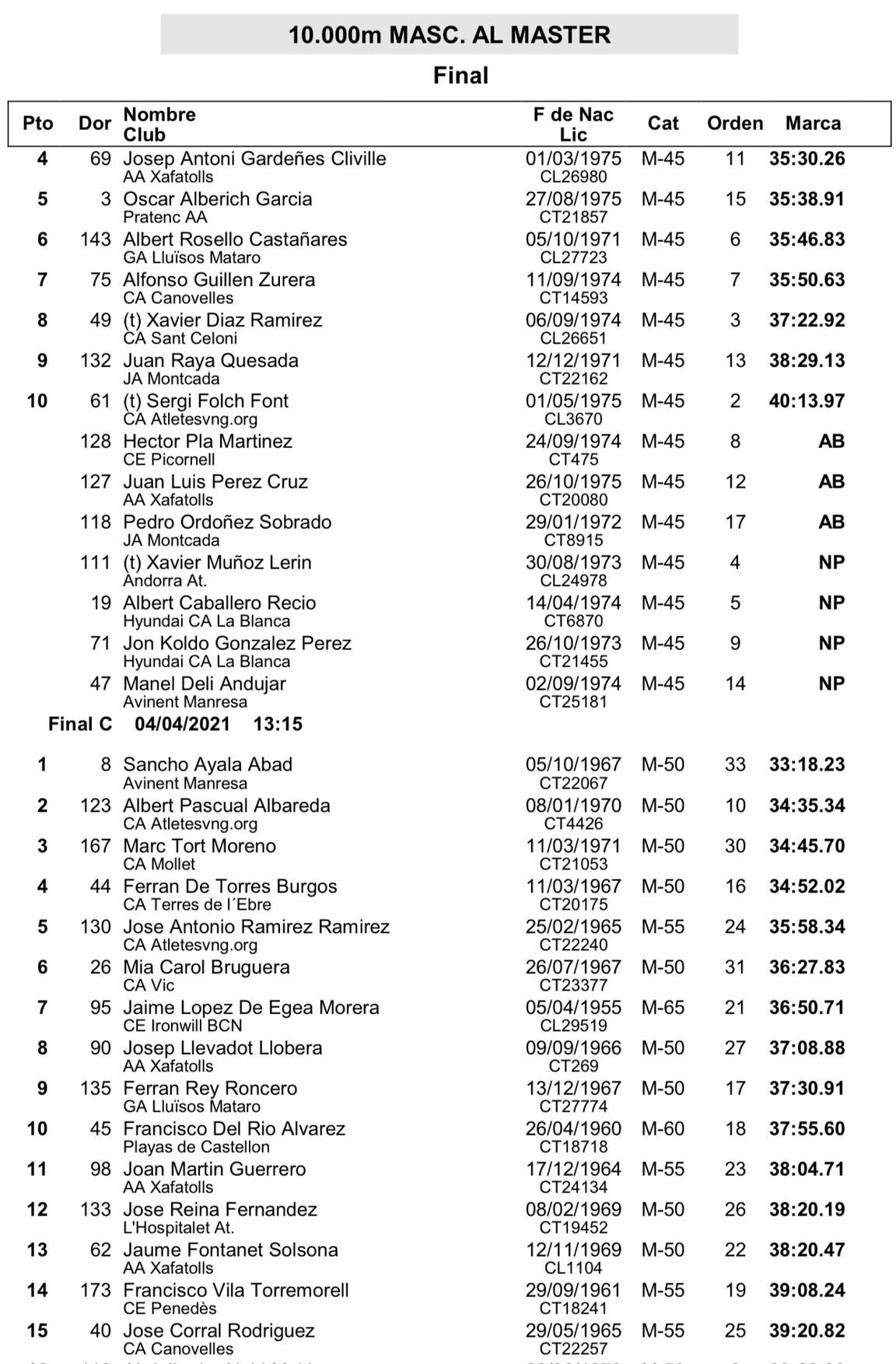