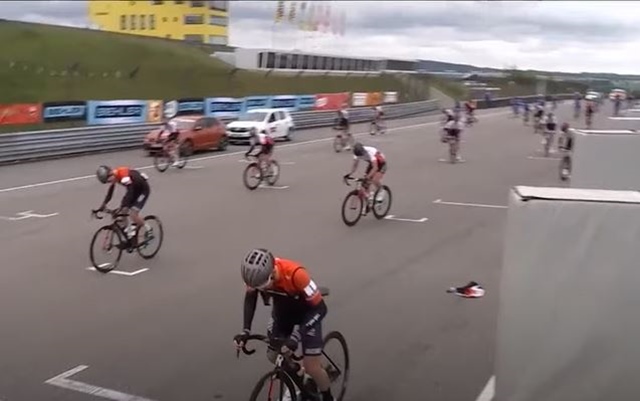 The world of cycling will not emerge unscathed from the return to the “new normal”. What happened this past weekend in Germany can mark a before and after in cycling competitions.

The race had the honor of being the first “post-confinement” cycling race and beyond the result The leading role was taken by the exceptional security measures that surrounded the test.

The 72nd edition of the Sachsenringradrennen was held on the legendary Sachenring speed circuit where participants had to complete 24 laps of 3.5 kilometers before crossing the finish line.

The test was limited to only 50 participants and as can be seen in the attached video, the race created a surprising new action protocol.

The collection of bibs was done with a mask, individually and without any contact. For the start of the race the organizers opted for a starting grid in the purest Formula 1 style.

The participants were placed in their respective drawers, keeping the safety distance at all times.

Once the starting pistol was given, the race went relatively normally. Of course, Tobias Nolde, winner of the test, will keep forever the photograph of the most unusual podium of his life.