Alfonso Ortega is a myth of Spanish athletics. His first Olympic Games as a coach were those of Mexico 68. Today, Feijoo, the president of the Xunta de Galicia, refers to him as “the boss”.

“Boss, come next to me,” Alberto Núñez Feijoo, president of the Xunta de Galicia, was saying to Alfonso Ortega at an official athletics act in Vigo the other day.

Alfonso Ortega is a man of 90 years: a true myth of Spanish athletics.

Less an Olympic champion has been everything: we would need to explain an encyclopedia by fascicles in which, of course, Feijoo would also talk about him.

He would then remember when he was going to train Castrelos and ask him:

– Chief,the I am doing good?

The boss will always be Alfonso Ortega, one of those characters who, like actors in black and white movies, should be eternal. 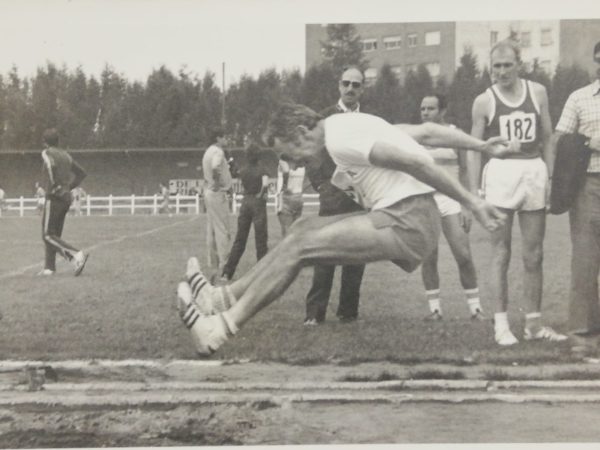 His first Olympic Games were those of Mexico 68 when he took Carlos Pérez and Álvarez Salgado and the last those of Atlanta 96, where what happened is still reproached.

– Julia Vaquero was not the 10,000 Olympic champion because of me.

He says it from his home in Vigo, on Gran Vía street, an eighth floor from which the Morrazzo peninsula can be seen.

– Two or three years ago I stopped training forever: I can no longer, it no longer gives me the body.

Vigo is a difficult city, sewn in winter to moisture and to the umbrella for coaches like Alfonso Ortega, who 10 years ago had five stents placed in his heart.

But, if it were up to him, the chief would always remain at the foot of the gun recounting his method:

– There will never be a one-size-fits-all system. It is useless to think about it.

And he explains it:

– Until you meet an athlete, until you discover their strengths and weaknesses, you will never know what you can demand of them.

– But, of course, knowing an athlete takes time – he qualifies – because time is the best teaching for coaches.

And the fact is that Alfonso Ortega arrived late to athletics. He always had been a roller hockey man. In fact, he was at the Hospitalet when he was assigned to Barcelona for his work as CAMPSA’s commercial manager.

– There a colleague told me: ‘why don’t you become an athletics judge?’

And he became an athletics judge.

And then he became the coach.

And, from there, started a story that approached infinity, that traveled all over the world (Kenya, Japan, Cape Town …) and that became in a mark registered.

Today, to say the name of Alfonso Ortega in athletics is to stand up.

“Yes, the truth is that I am very proud of my father,” says his eldest son, a 63-year-old man who in his youth leapt more than 2 meters.

He pride weight. Of course it weighs because it was not only what Alfonso Ortega achieved.

Also what he sought in “those visits he made throughout Spain to the promises of athletics” in which he always met “with the parents and the coach” and asked them:

– How long does sport take for your child? How is it affecting your studies?

– Then he would send the reports to the Federation.

Until that day in 1989 when President Odriozola proposed:

– Why don’t you dedicate yourself exclusively to athletics?

Alfonso Ortega asked for early retirement from his job.

Was a selector of background model, they tell about him.

A guy so special that he can still be perceived when listening to him speak now, at 90 years old: he no longer hears well, he cannot walk as much as he likes, nor can he lose sight of the threat of covid for a second.

But this man has something: the great Alfonso Ortega.

He could tell us about the Olympic Games in Mexico 68 or those in Munich 72 because he was there, without going any further, the day Lasse Viren put an end to Mariano Haro’s dream.

But above all, we could tell the life and miracles of Julia Vaquero Now that he has returned to running, he still tells him what he trains and asks him, “Do you think I’m doing well?”, and to know what Alfonso Ortega says, because that is no longer the most important thing.

– I’m more interested in knowing how you are, Julia.

That young woman who stayed so close to going to the Barcelona 92 ​​Olympics and then could take the rematch in those of Atlanta 96.

– Three weeks before, Julia had beaten Fernanda Ribeiro in Barakaldo, who later became an Olympic champion.

– Julia was not because that day, in that final I did not know how to direct her -justifies today.

But that’s life. Mistakes are part of life. No one can explain it to you too as a man of 90 years.

A man who finished his commercial teaching career in 1951, where he met his wife Emma Turienzo, who studied the same as him, who is the same age as him.

Photography is a treasure: the two together, husband and wife.

Gone are years and cities, the memory and he sweetie: athletics and the passage of time.

“At the age of 80, I was still playing tennis with my father,” explains his son, who, by the way, is on the verge of retirement.

But age, uff age. If it weren’t for his age, Alfonso Ortega would still continue training the Celta team with his umbrella, with his Olympic champion eyes. 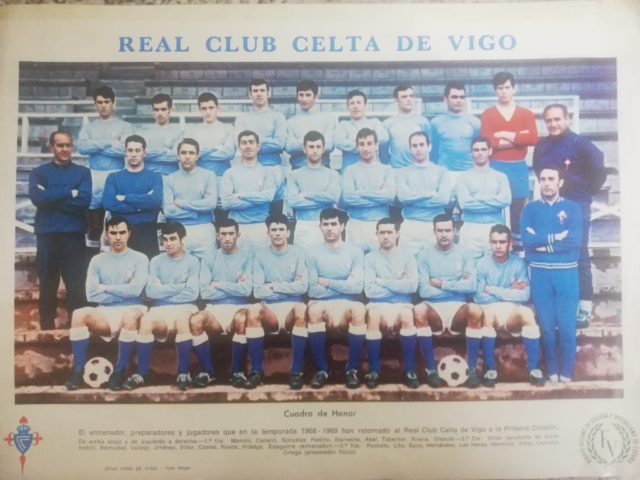 There would also be runners like Feijoo who would keep asking him in Castrelos or in Balaidos:

It is not known then what the boss would answer (“because each athlete is different”) but it is known what he replied to Feijoo the day he told him that he was going to Madrid.

– Alberto, you can’t go to Madrid. You have to stay in Galicia because we need you more.

Perhaps it is the sixth sense that sometimes only coaches have.