News : The day Michael Rogers won on a fan’s bike 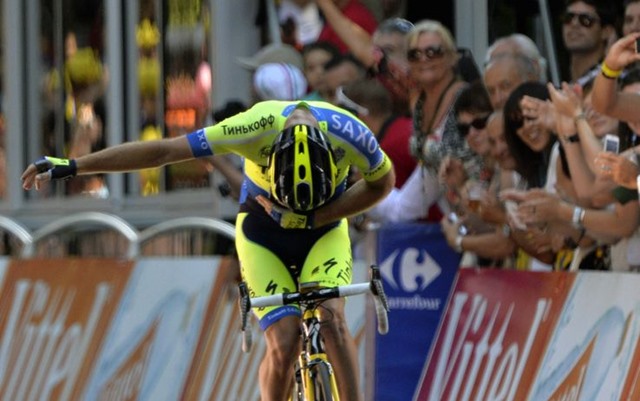 Few will remember what happened in the 2002 Tour Down Under. The Australian race, which has recently been forced to announce its cancellation for 2021, experienced one of the funniest and most anecdotal moments in the history of cycling.

The protagonist of this story is nothing more and nothing less than Michael Rogers. The triple time trial world champion who at that time and with just 23 years old was already aiming for great things, lived on the way to Tanunda one of the most relevant events of his long sports career.

In the midst of the fourth stage dispute, and with the race fully launched ahead, Rogers suffered a untimely breakdown on his bicycle that prevented him from moving forward.

Rogers, who was second overall just 1 second behind the then leader, Italian Fabio Sacchi, he watched as his chances of winning his first major career as a professional seemed to be fading. A race that took place in his native Australia and that he had prepared with great dedication.

The team car did not arrive and expectantly on the left side of the road the seconds continued to pass, waiting for someone to replace the bicycle to be able to continue in competition.

Fortunately for Michael and his athletic director, an amateur decided to take action on the matter and become the main protagonist of the story.

The Australian spectator who was watching the competition a few meters from where Rogers stopped did not think twice and quickly He brought his bicycle closer to him so that he could continue in competition.

Rogers, who did not believe the situation, did not give it much thought and in just a few seconds he was rolling again at high speed.

The attached video recovers some images that were stored in the retina of many fans of this sport.

The surprising thing about the case is that far from being a simple fix, the kindness of the spectator allowed Michael Rogers to win the general classification of the race. Rogers raced up positions at full speed and was even able to finish the stage in second position, just seconds behind fellow Australian Cadel Evans.

The media astonished with the news did not take long to find the viewer and quickly reunited the two protagonists in different television programs.

It should be remembered that the Tour Down Under is the most important competition in the oceanic country and that Michael Rogers was at that time the great hope of Australian cycling.