News : The female Strade Bianche distributes more money than the male thanks to a crowdfunding 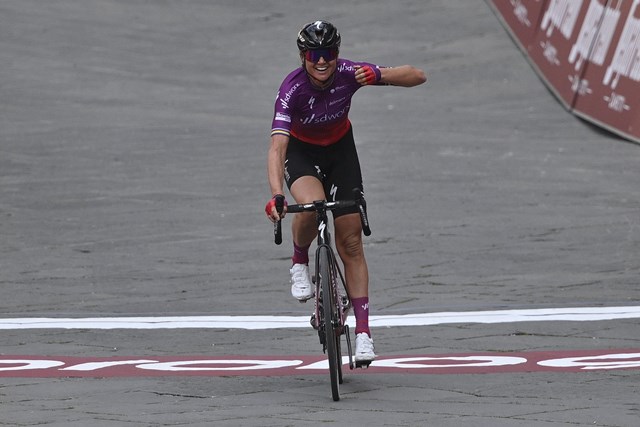 If a few days ago we talked about the enormous economic gap that exists between men and women in the distribution of prizes and the commotion that was generated in the cycling world when seeing the figures of the Omloop Het Nieuwsblad, this time history repeats itself but with a slightly more hopeful ending. And all thanks to some unexpected protagonists: the fans.

We have to place ourselves in the days before Strade Bianche. Or what is the same: right after the “controversy” Omloop Het Nieuwsblad. On Monday, five days before the test that would end up winning the Dutch Mathieu Van der Poel in the men’s category and Chantal van den Broek-Blaak in the women’s category, a compatriot of his and a great cycling fan threw a crowdfunding campaign called “the same prize money for the female peloton”.

The objective? Like the same Cem Tanyeri, promoter of the campaign, wrote in Gofundme: “achieve fair compensation for the women’s platoon (…) With an amount that will be awarded to the five best runners of the Strade Bianche 2021 ”and“ show that there is great recognition and appreciation of female professionals and, as such, they should be awarded the same as men ”.

Well, what began as an initiative of an amateur, became a phenomenon thanks to the social networks that have managed to raise neither more nor less than € 26,568. Something never seen and that exceeded the € 25,302 that had been marked, increased on more than one occasion given the good reception.

The top five finishers of this year’s Strade Bianche will go on to win more prize money than the top five men.

In this way, the ideologue of the crowdfunding campaign will convey all the proceeds together with The Cyclists’ Alliance, an international foundation of women cyclists that fights for equity and defends professional cyclists.

In statements to VeloNews, Tanyeri expressed that “it’s a shame we have to do this as fans (…) But the contribution shows that there should be more willingness to offer these races, to match the prize money, but also to have more people in the right places so that they can promote these changes ”.

A story that shows us the strength of the cycling community and how alive it is. The fans have spoken. And they have done it out loud. Now is the time for other cycling players to act as well.