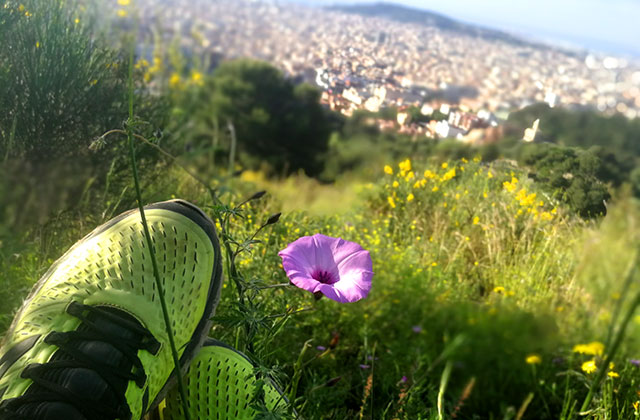 And finally 48 days later, the day we have been waiting for has arrived! the first day we went out for a run after confinement. You went out running alone, just like in the old days, remember? like when you started to take your first strides and you had neither a group nor friends to go running with.

But although no one has accompanied you, I doubt that you have been alone for an instant, thousands of runners have been connected by a common brain, we have been swarming, community.

Safely, we have felt exactly the same during the first minutes of our new first day as a runner, of our first experience within the so-called new normal, in which we will have to install from now on the runners.

East #first day For a server, it started the night before, preparing my clothes and looking for shoes for more than ten minutes at home. It was necessary to be prepared that with this time slot one cannot get confused and much less stay wandering in bed.

While I dress as a runner, the strange days sound and I assume that the nerves I carry are normal, anxiety? #first day It is not like when you run again after a beach vacation, these days have been emotionally hard and the fact of not being able to run has hurt us and has locked us up a little more in this happy confinement.

Yes, all right, there is no need to dramatize, running is just running !, but for us who are very hooked, precisely in difficult situations like this is when we feel better running, when we most need to sweat and free the mind.

I go out into the street in the city and go straight to look for green, to re-meet the mountain, so many days at home I need to step on land, smell nature. It is eight o'clock in the morning and my city seems devastated by a war (more or less it is already so) of which only the race of runners have survived. A time slot to run? it's crazy, and it may be one of the weirdest situations I've ever experienced as a runner.

I come across one, two, with dozens of runners, and with some we cross greetings and even knowing smiles. The nerves continue, ruling out that they are going to disappear today, but I do not care, and although my brain concentrates 110% on the distances, on not hooking much to anyone, on maintaining security and all that, I'm co-rri-en-do and that's brutal, It's the #primerdia!

Running for the simple pleasure of running

During all these weeks, how many times have you asked yourself: What will I feel when I run again? Will I have the same feelings as before?

Bertolt Brecht He said that the crisis occurs when the old has not just died and when the new has not just been born. If we try to extract -or imagine- something positive from this drama (in the plane we are talking about, running) we could be in the situation of getting to achieve from now on a positive change in our mentality as a running entity. May this experience serve us so that our old self remains confined and our new self recovers the basis of everything, the pleasure of running for the simple pleasure… of running.

If we recover this essence, the essence, we can build a much stronger foundation, a mental structure that makes us better endure an endless number of situations, injuries, ups and downs of motivation, the pressure for a career that is not quite in shape, or will even throw us out onto the street and onto the roads without thinking about it. minute on a rainy or very cold day.

Although today may not have been the best day, due to nerves / anxiety / fear ... even though in networks they shake us everywhere ... let's get away from it and let's be happy! running becomes a ritual again, and around the corner, the small details will return that will make us happy.