It was not until the 1968 Olympic Games in Mexico that Kenya broke into the world scene with its first gold medals. One of them was signed by a legend in the cradle of world athletics: Kipchoge Keino. Kipkeino transports us to the origins of athletics in Kenya.

So you still run?

I run for my life (I jog for my life) and I go to the gym and the Turkish bath three times a week - says Kipkeino sincere and funny, sitting on his favorite sofa in his living room.

At almost 80 years old, the numbers slip in his memory and the past, past is, seems to imply this legend of Kenyan athletics despite being surrounded by photos and trophies. You have to insist to get him to talk about his time as an athlete. "They were good times," he says of his "world records in the mile, 3000m and 5000m," with a half smile on horseback between mischief and shame.

Kipchoge Keino, popularly known as Kipkeino, is a myth in Eldoret, Kenya, the birthplace of many of the world's best athletes. The city stadium is named after him. Everyone knows him. Not only for his sporting glory, already distant; but for his social work in the area, in particular the orphanage and the institute that have given a future to so many children in the area, and who are his greatest pride. 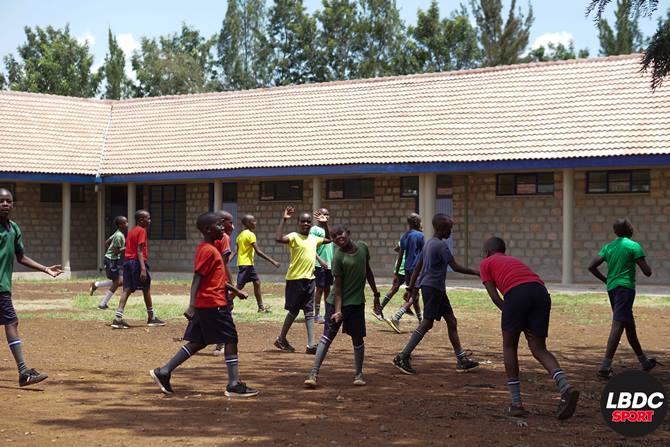 Eldoret, the urban center between the famous Iten and Kaptagat, where Kipchoge, Kamworor, Wanders and company are trained, is growing and developing rapidly. “This road was made two years ago; that one there three years ago. ” And so almost every crossing. Traffic and the hustle and bustle of a developing country are far from Kenya in which Kipkeino's talent was forged. “When I started, there were really very few people running,” says the 1500 m Olympic champion in Mexico 1968.

Kipkeino is a native of a town near Mount Kenya, somewhat remote from Eldoret. He enlisted in the police with 19 years and this brought him to Eldoret. Before athletics, he flirted with rugby, but he immediately sensed his athletic potential. "The first time I left the country was in 1959 when I traveled to Israel and the United Arab Emirates for a competition between policemen." There he took off his sports career.

Towards the Olympic gold

“In 1960 I qualified for the Rome Games (in which Bikila won the marathon running barefoot), but they didn't take me because they were so few athletes. From there the first top level competitions would arrive: the Commonwealth Games, in Australia, 1962, and their first Olympic participation in Tokyo 1964.

“In our time we could only spend 28 days a year outside the country, unless you asked for extra days, although they were only granted to participate in a great competition like the Africa Games, Commonwealth, or Olympic Games,” says Kipkeino. 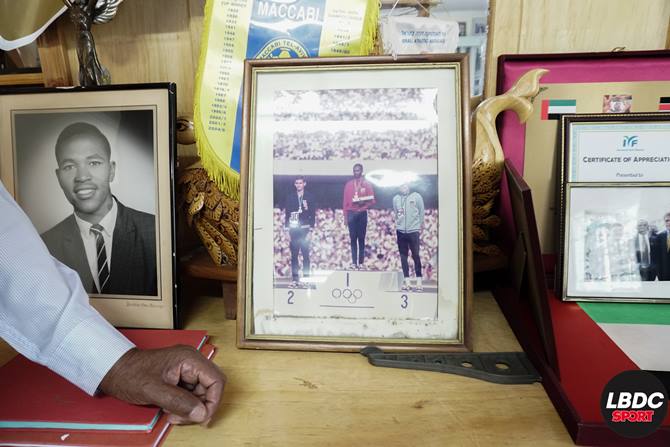 Since those medals, "things have changed a lot at all levels," explains Kipkeino. According to him, the big difference between yesterday and today is that one used to run for the country, and now one can run to just make a living. In addition, at that time, he says, there was no indoor track season, nor did they travel to compete in Europe; In short, there were not so many competitions.

“Another fundamental change is that today there are representatives and managers who come and take the athletes to compete to other places in the world. That is a great motivation for athletes to train hard and perform well, to invite them to compete at other sites, ”says Kipkeino.

When we talk about other places in the world, we are not only referring to Europe and the United States, but also to India, Argentina, Vietnam or Indonesia, which also demand the presence of Kenyans to give category to their careers.

“The training has also changed a lot since my time,” says the former president of the Kenyan Olympic Committee without specifying the details, while diverting the conversation, once again, to his current concerns. “We have to improve the Kenyan team as a whole, in the field tests, women's participation. And also in other sports such as volleyball, tennis, judo, table tennis ..., ”Kipkeino divaga.

The same happens when you reflect on what would change from your past. “The opportunities… today there are many more than when I was young. That is what we are promoting through the Ministry of Education. Before there was neither an airport, nor paved roads… ”

At his age and with his experience, it is clear that what worries him is not what he achieved almost half a century ago, but continue to improve the living conditions of their environment and provide possibilities for the youngest. Gone is also his arrest for his alleged embezzlement to pay for the trip to Rio 2016 to one of his children.

Kipkeino does not believe that the development of the area could endanger the dominance of Kenya in the global fund, since, according to him, it will bring infrastructure and more scholarships to make exchanges abroad that will be beneficial for young people. 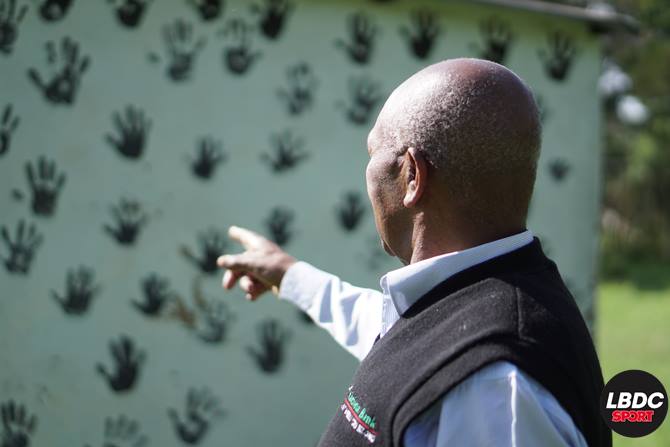 The foundation that bears his name continues his social work in an orphanage in which about 50 children are educated and launched into life at this time. It is especially his wife who deals firsthand with the orphanage. They study for free on the other leg of the foundation, the Kipkeino Institute, which is one of the best in the area. The orphans share a desk with other children from families with greater economic possibilities, who pay for their training in the KipKeino High School.

We finish the talk and he asks me to accompany him to see the hands painted on the wall left by the children of the first orphanage. Of them, he says, he remembers each one's name. The memory is selective.