News : The heart of Pogacar. Victory without potentiometer or cycle computer! 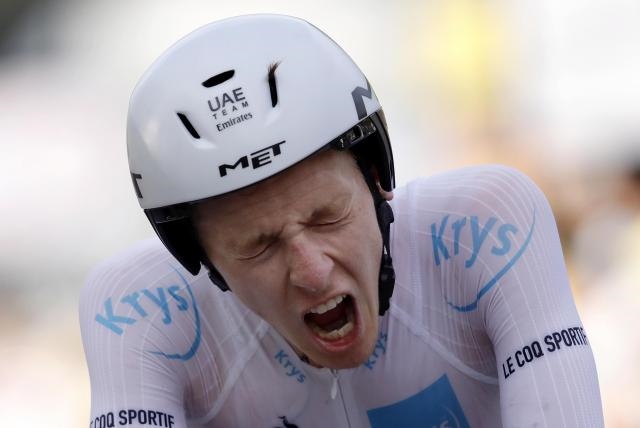 The historic comeback of Tadej pogacar continues to talk. The Slovenian rider who, against all odds, recovered his compatriot Primoz Roglic for more than a minute, will win his first Tour de France today.

At just 21 years old, the UAE – Team Emirates rider left everyone speechless when he pulled out of his hat what is probably already the best time trial ever.

Nobody expected what happened yesterday in the Planche des Belles Filles, nobody except for a cheeky Pogacar who went all out from the first meter of the time trial.

The entire peloton would sign a second place in their first participation in the most important race in the world. The sports directors, the press, the fans and I took it for granted that we would see Roglic in yellow in Paris.

But what few thought is that pogacar’s guts and bravery they would put the race in check.

20 days after the 2020 Tour de France started in Nice, Tadej was still hungry. Far from settling for second place, a white jersey and two stage wins, he proposed to himself attack yellow.

Good proof of this is that the Slovenian, knowing that he had the best time at the intermediate point, continued to give absolutely everything despite the high risk he had of “exploding” on the final climb.

He hadn’t traveled more than 3,500 kilometers to get that bittersweet feeling of not having given up his last ounce of energy.

A little less than 7 kilometers to the top came the crucial moment of the Tour de France. Tadej changed the “goat” for the road bike.

A change that beyond a physical and technical issue had associated a mental theme.

At 21, Pogacar decided to pass the watts and the universal laws of physical preparation. (even communication with the team car was removed)

In a gesture of rebellion, ambition and great courage the Slovenian would get on his Colnago without a bike computer or potentiometer.

I didn’t want to regulate and I didn’t want to know absolutely anything about its potency. By then, the cheeky Pogacar he had decided to stake everything on the winning horse.

The sports world will always remember the feat of a young Slovenian who one day decided to challenge the world and go out to win.