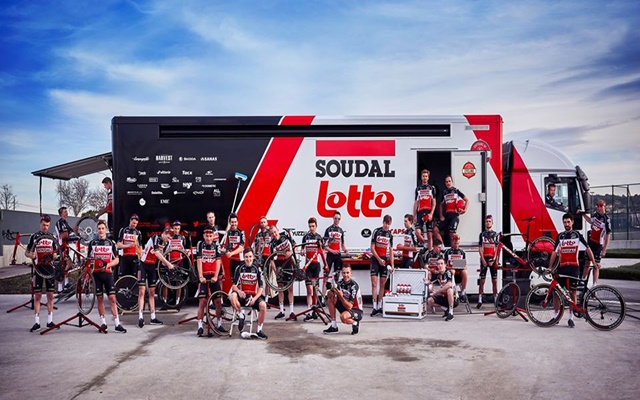 The cycling season is just around the corner, the teams have already presented their equipment and the Tour Down Under will give in just 6 days the starting gun to the World Tour 2020 calendar.

The best bicycles and the most powerful structures will begin to roll in Australia and as in any academic year the news has not been expected.

One of the most curious is the measure taken by the sports direction of Lotto Soudal. The Belgian team establishes for this 2020 a Dry Law as internal regulations that prohibit the intake of alcoholic beverages to the entire structure of the equipment. This implies that during the 2020 season neither cyclists, auxiliaries nor mechanics can taste a drop of alcohol.

The beers and wine glasses are over. “Drinking coffee together can also be fun” declared John Lelange, team manager in statements to the Belgian newspaper Het Nieuwsblad.

“Drinking coffee together can also be fun”

The decision that affects all the Staff arrives curiously within a team that in the last Tour of Spain was already news by the drunkenness of its director Kevin De Weert. The former Belgian runner arrived at the team's hotel in an obvious state of drunkenness. Lelange's team did not miss the altercation and without thinking twice threw his director on the run.

We will see if the sports management turns a blind eye or not when the first team wins. Will they provide champagne or isotonic drink? We'll see how the decision feels for a guy like Thomas de Gendt who is known for celebrating his victories with baked ribs and candy packages

It seems that for some this cycling is not hard and sacrificed enough. So maybe we should start asking ourselves, where is the limit of the obsession?