News : The man who will lead Ana Peleteiro to the Olympic medal

We are talking about Iván Pedroso, a 48-year-old myth with his own room in the athletics museum. 9 times world champion, he knew how to wait eight years for his opportunity in an Olympic Games since he appeared with 19 in Barcelona 92 ​​behind Carl Lewis, Mike Powell and Joe Greene in the length.

Good morning gentlemen. Welcome to the athletics museum. Today we are going to enter the room reserved for Iván Pedroso. A 48-year-old man who lives in Guadalajara, where he directs the destiny of Ana Peleteiro, one of our great athletes. Between the two they prepare this summer the assault on the Olympic medal in Tokyo. We have reason to believe that it is the most necessary. Mr. Pedroso has convinced Ana that the impossible is possible, as he demonstrated weeks ago in Poland. “You have to believe things,” he has said multiple times, “things don’t happen if you don’t believe them.” The last four years have been the purest expression. Ana has won over fear. We have all won over fear, actually. When we saw her we were afraid that such a Machiavellian phrase would come true again. “Of the junior medalists only 30 or 35% succeed in the elite.”

But let’s go by parts and to continue talking about Mr. Pedroso, we will pass the floor to our delegation in Havana, where they celebrated so many of his triumphs.

– That’s right, partners. In our memory Pedroso is at the height of Sotomayor or Juantorena. We have heard him say multiple times that in training he jumped 9 meters more than once. It should have the world record. In fact, he beat it in Italy (8.96), but damn the judges … The fact is that Ana cannot be in better hands. Pedroso is the man who knows how to wait. It took him 8 years to reach the Olympic gold medal since he appeared at the Barcelona 92 ​​Olympics. He was 19 years old. He was fourth behind Carl Lewis, Mike Powell and Joe Greene in the long jump. But he knew how to wait and take advantage of his moment in Sydney. He knew how to preserve that hunger that he always talks about. Not because he is from our homeland but we cannot think of a better travel companion for Ana Peleteiro at 25 years old. Time is on your side. Pedroso only has to remind him of his own example.

You’re right, mate. Time. Now we are going to see what they tell us from Asturias. From there 21 years ago Pedroso was put on the ropes.

– I think so, buddy. I think so. Our beloved Yago Lamela had just jumped 8.56 in Maeshabi. It had to be world gold yes or yes. But then in the last jump Pedroso got the best of himself: 8.62 in the most difficult moment. It was what differentiates the best of the best. We will never forget that lesson here in Asturias. It reminds us that one of ours was able to put the best in check. That is why in the last indoor European Championship with Ana’s final triple jump we found so many parallels with that day in Japan. It was the metaphor of what seems impossible to others. Pedroso was in the stands and Yago is no longer here. But what Ana Peleteiro did was the demonstration that the lesson has been learned, that if tomorrow Ana does not reach that Olympic medal that you are talking about, it will not be because the lesson is not known.

Sure enough, mate. In line with what you are saying here, in the museum, we have recorded a phrase that Mr. Pedroso said to Paulo Alonso, a journalist from ‘La Voz de Galicia’, who he himself tells Ana about the price of being the best:

– You had never thought that you would go to ‘The anthill’ or ‘The resistance’ and you have. But if you have gone It was not because you are nice or because of how you speak, but for your results.

In fact, now we are going to contact our delegation in Guadalajara, where Pedroso met his wife 12 years ago and established his base camp.

– That’s right, folks. The Pedroso of now is not the one you have talked about. He is a fatter man with less hair. A gentleman trainer who here has learned to fight in the cold of our city and who, indeed, has assembled a group of top-level jumpers. Ivan is not the joy of the garden. But he is a man with blatantly clear ideas. His eyes show the way. Seeing him is learning. It is a pride that a man who has won nine World Cups,! Nine!, We see him on our streets or we feel him as one of our own. Here they train on the Fuente de la Niña track, at the same time as popular runners. But what impresses us the most, above the quality of his athletes, is when Pedroso is heard talking about the athlete’s hunger. He wants hungry athletes. You need hungry athletes. He does not get angry but says it out loud: “The results are the tree and all those results are the fruit of so much sacrifice.”

Nice phrase, mate. And we are glad that Ana Peleteiro is one of those who listens to her. In fact, it is another reason that encourages us to believe in that Olympic medal. We do not sell smoke. 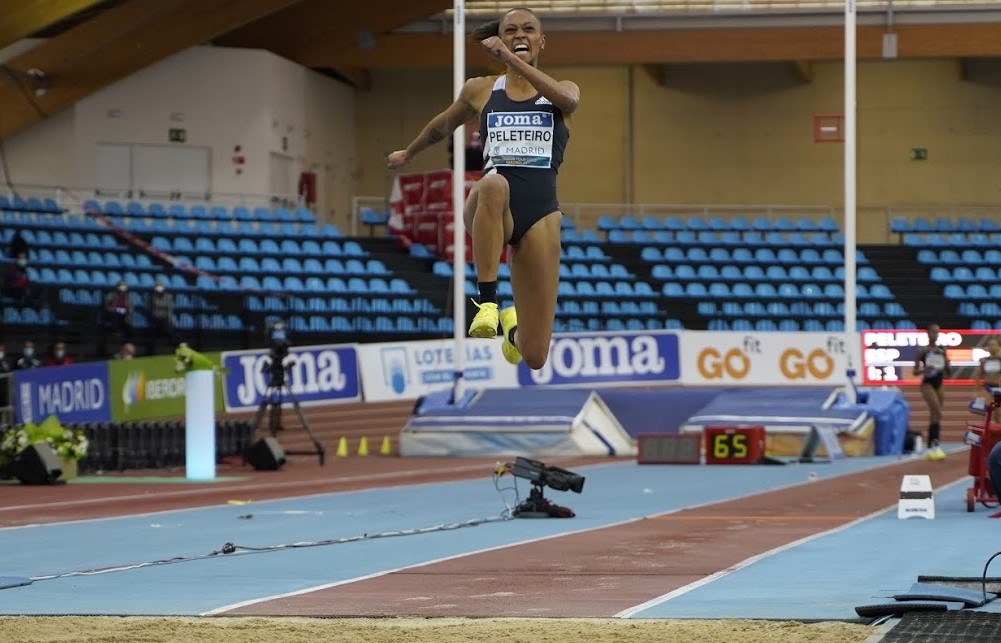 Then, if you don’t, nothing will happen. Life goes beyond winning or losing. But the fact that the motives accompany us and that they insinuate us, “look, friends, there are possibilities, you are not crazy”.

And it is not only that, but what Ana Peleteiro has meant in these last 4 years in the history of Spanish athletics, since the summer of 2017 when she entered the absolute final of a World Cup for the first time. It was in London. We will not forget that Saturday afternoon.

That day Ana, our dear Ana Peleteiro, reminded us: “Life put many obstacles for me … but the limits were set by me.”

And there was a man, a man who is still there, Mr. Iván Pedroso, who had helped him recover the girl who was world champion at 16 years old.

And thanks to him, Ana strengthened her authority and came to understand that “a drop of water can break a stone not because of its strength but because of its perseverance ”.

From there, what do you want me to tell you? Who knows what can happen this summer in Tokyo?

We wait without fear.

That said, thank you very much for everything, colleagues, and until the next connection.