The Spanish Athletics Federation has published the minimum so that athletes can be selected for the European Athletics Air Free next August 2020. A very strange year, since less than a month before the competition par excellence of the world of sport will have been fought and for which elite athletes will focus all efforts to attend, the Olympic Games from Tokyo

From August 25 to 30 in the gala capital

Paris will host the appointment in the old continent from August 25 to 30 at the Charlety Stadium, with capacity for 20,000 spectators and current home of Paris FC of the French Second Division of football. A good rehearsal in the face of what the Olympic Games can be in the gala capital of the year 2024 and in which there is a lot of enthusiasm and a tremendous infrastructure deployment. The decision that these European Championships are played in France was made by the European Federation in April 2017 and will be the first time the country has hosted a European of this sport since Paris 1938.

It should be remembered that a maximum of three athletes will be appointed per test and gender and that within the championship will also take place the European Half Marathon Cup (so in this discipline the number of athletes amounts to six). The minimums must take place in the period between January 1, 2019 and August 16, 2020, except for the relay tests where the period of achievement of marks to be taken into account is from January 1, 2019 to 9 August 2020. 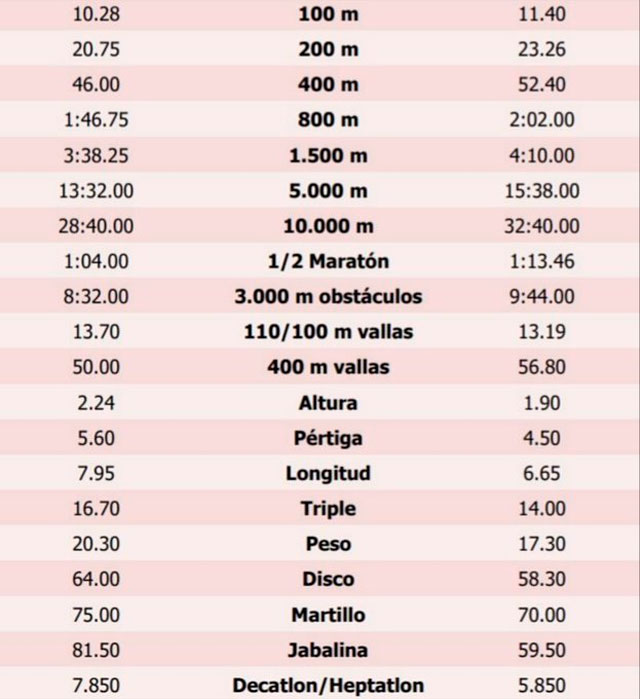