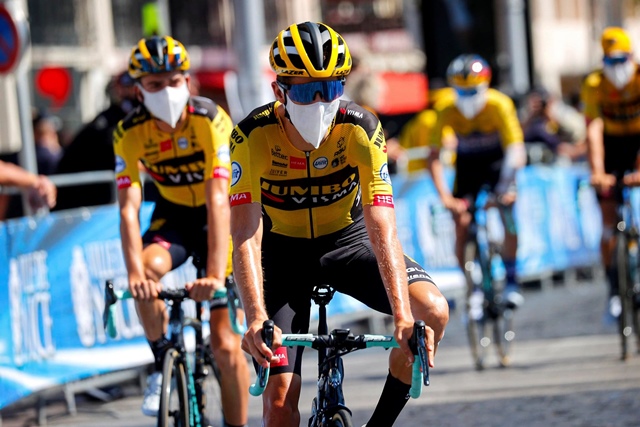 In full Tour de France 2020 And a few days after Julian Alaphilippe controversially lost the yellow jersey, I wanted to take the opportunity to carefully review the regulations governing competition cycling.

The Tour de France despite being the most mediatic race of the year is not spared either UCI official regulations. A regulation that continues to raise suspicions and that, as we will see later, is totally out of date.

Below, I will take care of breaking down and analyzing some of the weirder and "stupid" rules that riders still have to abide by. In some cases a authentic sports nonsense.

The provisioning of the last 20 kilometers

The limitation of the provisioning was precisely the rule that deprived Julian Alaphilippe of continuing to wear the yellow jersey. The French Deceuninck Quick Step rider was penalized 20 seconds for receiving improper refreshments.

Specifically, the competition regulations establish a rule that unless expressly modified prevents receiving refreshments in the last 20 kilometers of the stage. The cyclists have to be totally self-sufficient in the final section of the race, thus avoiding that they can benefit from some type of external help that could condition the final time of the stage. In addition, this standard tries to minimize the risk of falling. The rule also generally affects First 30 kilometers of stage.

The regulations seem to have their logic, but the truth is that the action of Alapahilippe in which the Frenchman can be seen taking a bottle from an auxiliary located at the foot of the road does not have any associated danger or any sporting benefit. If you want to know more about the subject, I recommend that you take a look at the publication “Why can't cyclists receive water or food in the last 20 kilometers of the stage? "

One of the recent regulations that has raised the most suspicion is the one that regulates the height of socks. Said regulation came out with the sole purpose of avoiding significant aerodynamic benefits. Cyclists may not wear socks that exceed the midpoint between the knee and the ankle in height. The attached photograph graphically shows the limitation of the International Cycling Union.

Can someone explain to me what a regulation that came into force more than 20 years ago?

That the UCI weight limit for bicycles seems logical to me but what does not seem coherent to me (neither to many cyclists) is that it continue to do so in 6.8 kg of weight.

Technological development continues to advance and materials are becoming lighter and stronger. In such circumstances and with the peace of mind of knowing that bicycles with a lower weight are just as safe, why the UCI does not renew its regulations? What interest do they have?

It doesn't seem very normal that several professional cyclists have to weigh the weight of their bicycle with external accessories to comply with these regulations. The big bicycle manufacturers continue to fume with the regulations.

Assistance from a rival

The UCI is very clear about mechanical assistance. No cyclist in the peloton may receive assistance from a team other than his own. Likewise, it cannot be helped by a rival. Only external assistance is allowed through the neutral car.

Richie Porte, who was racing for Sky at the time, was penalized in a Giro d'Italia for receiving the wheel from Simon Clarke, then Orica-Scott rival. The Australian, without ambitions in the general, wanted to help his compatriot, but the play was very expensive. A good example that even the cyclists themselves are unaware of the current regulations.

The control of signatures is one of the most desired moments by the spectators. It is the ideal situation to see cyclists up close and also be able to enjoy their equipment.

The protocol is also quite demanding and beyond penalizing those cyclists who do not get off the bus to sign, also sanctions those who do not wear competition clothing. Why do I have to sign in with shorts and a jersey if there is still an hour to go?

Do not attack at the aid stations

We entered what would be the platoon code of ethics. The truth is that this unwritten regulation would give a long talk, but one of the most respected popular rules is that of not attacking at the aid station. The members of the squad tend to always respect a reasonable time.

The particularity of the number 13

The UCI obliges to wear a double number on the back and in a clearly visible way. However, he always does the blind eye with the number 13. The rider who gets the unlucky number is allowed to turn the bib.