Nacho Sáez has just been chosen the best young Spanish athlete of 2019. Today with him we try to understand what it means to discover at 18 that you can be the best. He answers me with one word: "Humility."

On the right of that photograph appears Gabriel, his father, and on the left Jorge, his coach. And in the center is he, Ignacio Sáez, the 400-meter hurdles athlete of 18 years. 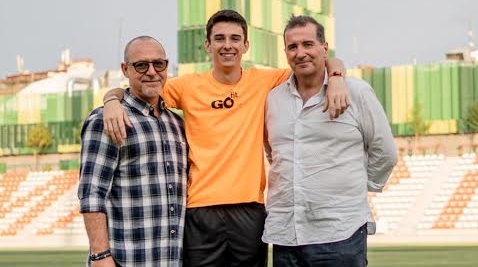 It could be a memory of summer, but really it is a challenge to the future.

A challenge that started when he was 6 years old when his father took him to the running track and a few days later Carlos Peral, that coach who had been a high jumper, let him know:

-If you don't learn to tie your shoelaces you will not be able to do athletics.

It seemed very difficult for Ignacio to tie his shoelaces and that is why this boy always wore velcro slippers.

It was like this until he put the nails in for the first time, those nails bought in Decathlon: nothing was as close as flying.

His coach then stepped forward. For his first communion he gave him "some Nike nails" with which Ignacio would have perfectly gone to sleep and would have scratched the ground of the whole house. His mother would have killed him.

-The nails invite me to dream.

And then Gabriel, his father, the one on the right of the photograph, appears: a 53-year-old man who was a combined athlete and who later played in the Spanish rugby team, to put life in its place:

And invites you not to go overboard.

- I would not like that my son was not humble.

And that is what it is today, to explain what humility is when you are 18 years old, that humility fills pages in the curriculum, to convince yourself that success and humility go together or, simply, to remember Jorge, the coach, that Cuban who is already 60 years old and who Ignacio was chasing with his eyes since he was a child, since he saw him train the older boys of the School and heard that language from a distance Cuban yours, that way of expressing yourself.

"I want you to train me," he said one day as a teenager.

-Very well, but before you will have to tell him to your coach -said Jorge Lozano, the coach of Cuba who seems to have lived all his life at the Base School of Alcobendas.

It was, in fact, at the Base School where it all started, where Ignacio made a promise to athletics without a cancellation clause.

-I want to be an athlete.

On Saturday, at the age of 18, Ignacio Sáez was elected the best athlete of his generation by the Spanish Athletics Federation.

-What has changed that? I ask him.

-Nothing, in reality, has not changed anything or perhaps yes: it has shown me that dreams can be fulfilled, because I did not imagine that it could be. I couldn't imagine it. I didn't know how to imagine it.

He remembered then that day in which he ran the final of the Spanish U-18 championship and committed the recklessness of challenging Jorge, his coach: recklessness is paid.

"I look strong to do 14 supports instead of 15 between the fences," he said before starting.

"I wouldn't," replied the coach, "but do what you want, you have come here to learn.

That day Ignacio, who had the second mark in the ranking, was fifth. That day, before going to bed, he learned that his coach had sacrificed "a medal to benefit the experience."

-How can I forget it? he asks now and he answers himself:

-I have never tried 14 supports again.

Ignacio Sáez is 18 years old. He is, in fact, the ideal age to make mistakes, to discover that "what you don't imagine today may happen tomorrow" and to understand that in this debate that is taking place, between fear and responsibility, responsibility is worth more.

Responsibility does not take days off.

"I am afraid of disappointing myself more than others," replies Ignacio Sáez, unable to hide the illusion, the magic of fresh bread, the genetics he has found green traffic lights.

He had a great-grandfather who was the champion of Spain in 1923. He also had a grandfather who died of cold after a cross in San Sebastián as soon as he reached the goal, according to what his father told him. But even that didn't scare the young man, who is 18 today. 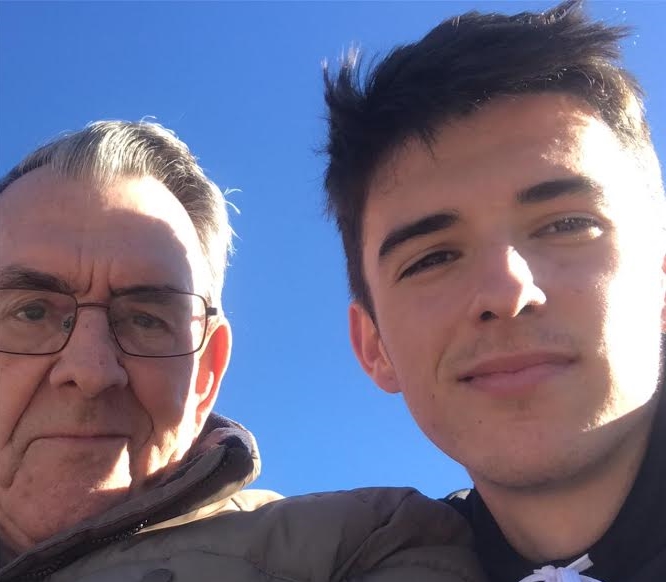 -My father was smart. When he told me, I had already fallen in love with athletics.

And nothing happens because every day you have to go to bed so soon or squeeze every hour of study, because there are moments that compensate and even move like that day when you competed in the Vallehermoso stadium against Orlando Ortega.

-My friends met at one of their surroundings to a giant screen and then they called me to invite me to dinner.

Light years from the end, there are still so many moments like this, so many nails to collect, so much to listen to.

Jorge, who is already 60 years old, will retire but he will never disappear from the beginning, impossible.

The coach in capital letters.

Meanwhile, Gabriel, the father, will continue talking about humility, standing up for it.

His mother will continue to recommend books to read and he, Ignacio Sáez, the copyright of this whole story, has promised not to disappear from athletics until there are no more nails left. Or the body says ‘I can't take it anymore’ and nostalgia impose its law.

It will be in 15 or 20 years, who knows. There will or will not be a full moon in the sky, but nobody knows what will happen: how far we will have gone.

But what is known is that he, Ignacio Sáez, will never be 18 again and that sometimes in life there is nothing as beautiful as the principles.

Our parents remind us. Life itself reminds us.