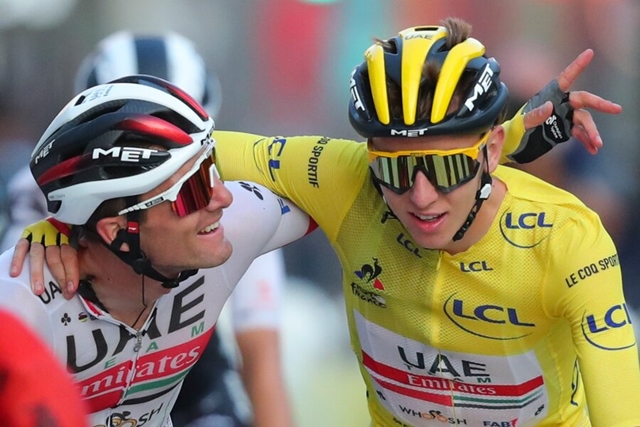 The victory of Tadej pogacar in the Tour de France he continues to give something to talk about. The Slovenian’s surprising triumph in the most important cycling race in the world has served to popularize a runner who on paper did not start on the list of main favorites.

If a few days ago you reported on the sublime time trial that you did without a potentiometer and the importance of rest in the preparation for the yellow jersey, today we have to talk about the diet.

A diet prescribed by a Spanish nutritionist who was personally in charge of structuring the feeding of the entire UAE team and therefore also of the unshakable Pogacar.

Gorka Prieto, declared in an interview with the newspaper “Noticias de Navarra”, that food had been essential throughout the process.

In a race as demanding as the Tour de France, it is essential to keep an almost millimeter control of the weight and diet of the athletes. 21 days of study go a long way and the presence of specialized personnel is crucial to ensure optimal performance during the 3 weeks of competition.

Fully aware of this, practically all top-class professional teams have their own chef and nutritionist.

Prieto explains in the report that cyclists hardly complain about nutritional guidelines despite the fact that at times they can become somewhat monotonous.

Diets are individualized depending on the weight of the cyclist, the profile of the stage, the role of the cyclist and even the preferences and tastes of each cyclist.

Mainly Pogacar and his people feed on carbohydrates such as pasta, rice, potato or sweet potato. Breakfast consists of a good oat porridge, of cereals, fruit, toast and some fat.

On the dark bus he also takes the opportunity to explain to each runner what to eat each hour of the race. “In a long and hard stage cyclists can eat up to 7,500 to 7,800 calories in the form of bars, gels and other solid foods.

In addition, they are prepared “rice sticks“, Which is rice cooked with some hydrated sugar in a rice or oat drink, rice cakes and ham and cheese buns. All this is also complemented by many gels, energy bars and isotonic drink.

Another important and extremely complicated issue for the nutritionist is trying to keep the same weight throughout the race. In the Tour de France you don’t want to lose or gain weight. The oscillations try not to exceed 800 grams since this could condition the performance of the cyclist.

The Pogacar diet is a clear example of how much the world of sports is becoming professional. A world in which small details are becoming more and more important.