It does not exceed 100 or 110 km a week. His new coach is Jesús Álvarez-Herms, a civil servant who has revolutionized Javi Guerra at the age of 37 by pounding less than before on the asphalt. “Your marathon record should improve a lot,” he says.

Higuero told me, who has gone several weekends to see him train and who spent 10 days with him at his house in Segovia:

-Don’t see how Javi is, León -as he says-. How it is and how it is cared for. It is going to start in the Valencia half marathon.

We then talked about getting down from 1h01m and I told her coach Jesus Álvarez Herms, your new coach.

“At the very least, you should make your mark,” he answers.

Jesús Álvarez is an official who is a professor of FP sanitary at the Ezequiel González Institute in Segovia, where he requested the transfer a year and a half ago from Barcelona.

– I wanted to live in Castilla León where I have a lot of family.

Chance wanted me to meet Javi Guerra when he wrote a direct message on Twitter for a lecture on hypoxia that he was going to give at the College of Physical Education Graduates.

“I want to combine theory and practice for the students and I had thought that if you could accompany me,” he said.

“I’d be delighted,” replied Javi Guerra, who was then amazed to hear him.

– How this man talks and what things he explains.

And he began to think.

-It is true that I have been with the same coach, with Antonio Serrano and that I love him very much. But it seems to me that trains like this only pass once in my life and I have few left.

– What if you help me train?

“I want to be honest with you,” Jesus replied. I have never looked for athletes. Furthermore, it has been eight years since I have renewed my record as a national coach. But if I work with you it is with all the consequences and I am going to ask you for exclusivity. Not be in the shadow of anyone. It would not seem ethical to me.

–Decide the what want – added.

Javi Guerra put everything on a balance and decided:

Today, at age 37, he promises that he is doing the best workouts of his life.

-The training sessions indicate that yes, I can go down from 1h01m in Valencia, but …

And the reality is that did not exceed 100 or 10 kilometers per week (But what kilometers!) And that there have been weeks up to 80, but.

-I found a very burned athlete who came from an injury to the sacrum, which was crushing too much and who had to be convinced that with the minimum work you can get the most out of it and that with a 30 or 40% less of the volumes he moved he could go further.

The speaker is Jesús Álvarez-Herms, a physiologist who spent seven years doing his thesis on hypoxia. He even traveled half the world to do it, from Austria to New Zealand.

He did not leave anything to chance if only for the selfishness of learning.

His résumé is broader than his popularity but, as he puts it, “never you can disparage to no one because his name doesn’t ring a bell ”.

It is what sets this story apart.

“I’m not a laboratory rat,” Jesus insists, who has worked with top-level athletes (cyclists, karatekas, canoeists …)

– I broke the myth of hypoxia. I showed that it is not only valid for long distance runners. Also for sprinters.

In fact, Jesús has just started working with Bruno Hortelano and we will talk about it another day.

But today we are explaining to Javi Guerra. 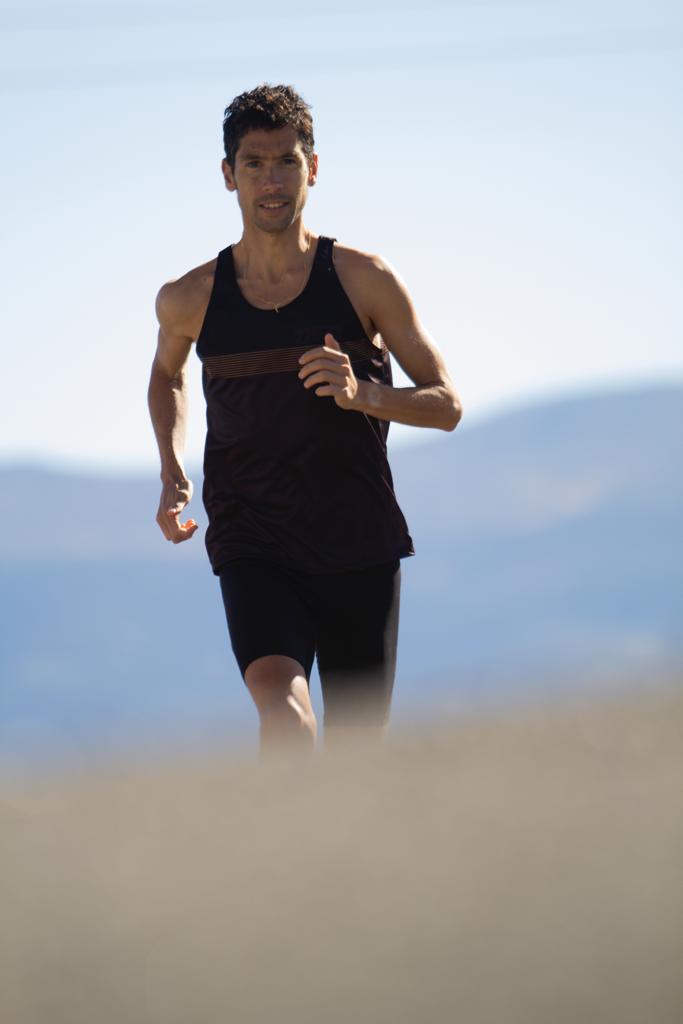 But that is the kind of athlete that Javi Guerra is, a man who at 37 has left his comfort zone, than he was used to, how difficult.

“My training has totally changed,” he reasons. I work in the pool with apnea where I look for a pulmonary response that later in the afternoon we apply to the filming.

We could also talk about that famous word that simulates altitude: hypoxia, the hypoxia that not only accompanies you when you sleep at night. Also during the day with a mask what I know places from shape intermittent.

Or Pilates. Or of his absolutely personalized diet in him and that has led him to understand “I used to eat very badly.”

And that is the method of Jesús Álvarez Herms: a man what the measure everything (genetics, oxygen …), which individualizes everything.

As it should be.

Nothing is explained why.

“It’s not about doing the hypoxia but about knowing how to do it,” he insists.

Perhaps it is the perfect summary expressed with the language more colloquial possible. I think that is my duty as a journalist in this case: the conversation was much more technical.

Javi Guerra is a guy who does not supplement unless beet juice is a supplement.

Javi Guerra is a man who, even training very hard, now wakes up less tired and with each passing year he has one more year.

However, age is not a cause for pessimism and no there are more what hear Jesus to challenge the future.

-The parameters say that Javi Guerra can greatly improve his mark in the marathon.

It doesn’t matter that when you face that challenge, you’re 38 years old.

-Javi deserves to leave athletics with a brand higher to the one you have.

But first there will be the big goal: the Tokyo Olympics, which will be his next marathon (he will not do any before).

-We have eight months to physiologically adapt your body to the conditions to which I know goes to deal in Tokyo.

Jesús Álvarez speaks with a security that invites us to believe in him at all times.

“You have to unload impacts,” he told Javi Guerra as soon as he met him. If we follow that line we do not go to get nothing.

Today, Javi is the first one who remembers you as a marathon athlete that he is:

-The volume can be quantified in kilometers or in physiological load.

And the first big test of this new scientific method will be on Sunday in the Valencia average that It will be the third race of Javi War In all of 2020, a long time without a bib, what a strange year.

“The rhythm has it,” Jesus says.