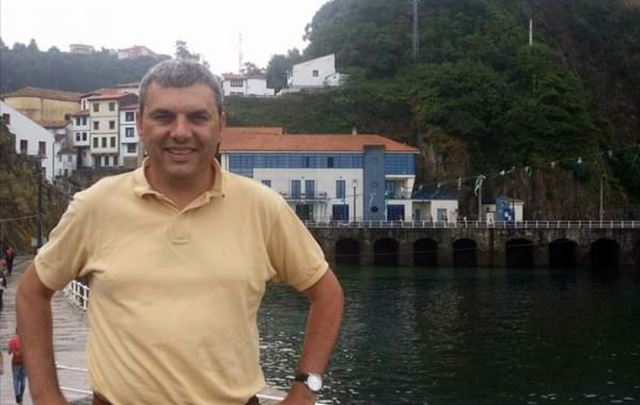 It was a great talent that in a Junior Cross World Championship in New Zealand amazed the world. He was the first target, he beat Morceli, Cacho, so many … But he disappeared and did not return. Today he works as a physiotherapist in Lorca (Murcia)

Fermín Cacho, who four years later was going to be Olympic champion at Barcelona 92, complained that he was his black beast.

-I can not with him.

Enrique Pascual, who was his coach, recalls when talking about him:

–You can’t even imagine the talent he had.

He is Juan Manuel Abad Manteca, an athlete who in 1988, at the age of 19, stroked the impossible at the Junior Cross Country World Championship in Auckland (New Zealand), where he was eighth classified: the first white behind five Kenyans and two Ethiopians.

10 seconds after him the great Noureddine Morceli reached the finish line.

Enrique Pascual had discovered him at the Antonio Machado de Soria institute, where he taught physical education.

Manteca was that student who had a prodigious memory and who set the timer on his Casio watch to go everywhere, even when the teachers sent him to fetch the chalk. He liked to measure everything. Every day he broke a new record.

All this was demonstrated in March 1988 in the afterlife, in New Zealand, where that kid amazed the whole world.

-Who is that phenomenon?

There are memories that the earth swallows them up and it’s not fair.

What’s more, you still get your hair on end when you find on YouTube that Auckland race that Gregorio Parra broadcast then: the eighties, the magic of the eighties.

Juan Manuel Abad Manteca had a barbaric plant: 1.85 cm and 65 kg in weight, in the antipodes of the 95 that he weighs now.

Spanish athletics had the feeling that it had found the perfect athlete. 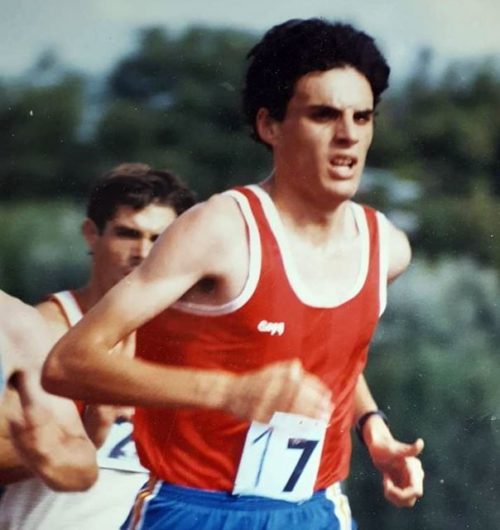 That is why today we have all the right in the world to remember, to look for Juan Antonio Abad Manteca, to find out that he now lives in Lorca (Murcia) and to find a man who has not said goodbye to nostalgia.

Juan Manuel is a different type domiciled today in a 51-year-old man who, after touring the Job Exchanges as an interim of half Spain (Madrid, Castellón, Ciudad Real, Panticosa …), took the square in the Lorca Health Center as physiotherapist, where he has lived for 17 years.

But no one there knows that he was an athlete.

Only him and his nostalgia, which of course he remembers that World Cross World Cup in New Zealand, where he says he felt “wrecked.

“I had not been able to adapt to the time change. If i had succeeded I don’t know what would have happened “remember today. “But that year I felt very strong, very brave. I dared with everything. I was not afraid of anything. He had managed to do 24 sets of 150 meters almost effortlessly. He had won all the crosses in which he had participated ”.

And then go back to New Zealand:

“That day my body took me to where my head asked. If I had no problems, I knew that I could perform above my possibilities ”.

-What does it feel like 32 years later? I ask him.

“Nostalgia, pride, rage …” he answers. Anger because that was in March and in May I already started with problems in my knee, then in the Achilles tendon …, and nothing ever went back to how it was or how it could have been. In fact, that same summer in the 5,000 meters of the Junior World Cup in Canada, where I was classified 12, I came home thinking what I could have done if I hadn’t gone with so many problems: I was very young but I wasn’t the same anymore ”.

The memories are not to blame for anything, but …

“If the World Cup had taken it that winter, instead of the 14’03” I did, I could have done 13’40 ”and would have been a medalist, even world champion. But life comes as it comes and you must accept it. “

That is why today this conversation may also seem like an outlet.

“I’m not saying no. It could be, ”she admits. “I think I could never go back to training for two months in a row. The lesions, the damn injuries that they took me to the operating room until I verified that no: that there was nothing to do, that I couldn’t continue, that I had to leave it ”.

When Fermín Cacho, the athlete who could never beat him, was a gold medalist at the Barcelona 92 ​​Games, the great Juan Manuel Abad Manteca was already an anonymous citizen: there was nothing left of that splendid runner.

He had been retired for a year and, since memory is so fragile, hardly anyone remembered him anymore.

It’s business as usual. It costs so much to appear and so little to disappear that life shouldn’t be like this.

Life should be fairer or more balanced but, fortunately, we find a way to defend ourselves.

Juan Manuel Abad Manteca did it at university: he studied and finished his degree in physiotherapy and, after making merits as an intern in half of Spain, he got a permanent position in the public sector, where he has a good salary and works seven hours a day.

He has his wife, he has his daughter (who has enrolled in the University) and every three or four months he returns to Soria to remember the best time of his life, to run what the body lets through the forest of Valansadero and remember that he too could be one of the greats.

It was a unique case, without a doubt.

Enrique Pascual, the coach who made Fermín Cacho Olympic champion and Abel Antón world champion, admits that “perhaps no one had the talent of Juan Manuel Abad Manteca.”

Juan Manuel Abad Manteca is today one more citizen who has managed to separate frustration from his life.

Perhaps, although there is no announcer who broadcasts these things, that is also to succeed or, at least, to survive the best and worst of life that, in the case of Juan Manuel Abad Manteca, perhaps never had a middle ground.

That’s why either you forget about it or you remember it forever and, at least, in my case I prefer this second option, because if a movie had been made From this the world would have stopped in Auckland, New Zealand, in that 1988 Junior Cross Country World Cup.

Fate had not yet said no.