News : The Spanish speed that comes … to stay

Speed ​​events in Spanish athletics have never been our strong point. Until not long ago, seeing Spanish sprinters, men or women, on international podiums (I am referring above all to European Championships, because in the World Championships that is another story) or close to them, was quite exceptional.

The most knowledgeable in the field and with years of experience following athletics will remember that since the mid-80s we have had those exceptionalities that made us so happy, with hurdlers Javier Moracho and Carlos Sala, Cayetano Cornet, Sandra Mayers, Blanca Lacambra, Antonio Sánchez (now sports director of the RFEA)… and then Felipe Vivancos, David Canal, Glory Alozie and the more recent Bruno Hortelano, Óscar Husillos, Orlando Ortega, Sergio Fernández or the long-lived Ángel David Rodríguez.

The truth is that, to this day, Spanish speed shows another face, with a group of young people who are already medals or even absolute Spanish champions, some and who have just demonstrated in the recent U23 and U20 European Championships, that Being a sprinter in Spain is no longer a sign of any “complex” when you go out to compete outside.

If we start with the European U20, the most recent, we must put in value that the overall harvest for our team has been eight medals, three of them gold and a total of 20 finalists. It is the best baggage since 1995. In the speed tests, the silver medal and the Spain’s record of our 4 × 400 women: Carmen Avilés, Berta Segura, Sofía Cosculluela and Lucía Pinacchio, with the added merit that already in the semifinals they had also surpassed the national record for the category.

Apart from this medal, the Spanish U20 team had Aitana Radsma (4th in the 100 meter hurdles), Jorge García and Ignacio Sáez (5th and 8th in the final of 400 hurdles) and Berta Segura (7th in the 400 hurdles) within their list of finalists. And it is a pity for the 4 × 100 female relay, called to fight for the medals, which could not be in the final when the witness fell in the semifinals.

The U23 European Championship, Held a week earlier, on the same track in the Estonian capital of Tallinn, it was a veritable festival of “budding” and blatant Spanish speed, which is here to stay. In fact, among several of the participants that we are going to point out, there are current absolute champions of Spain. 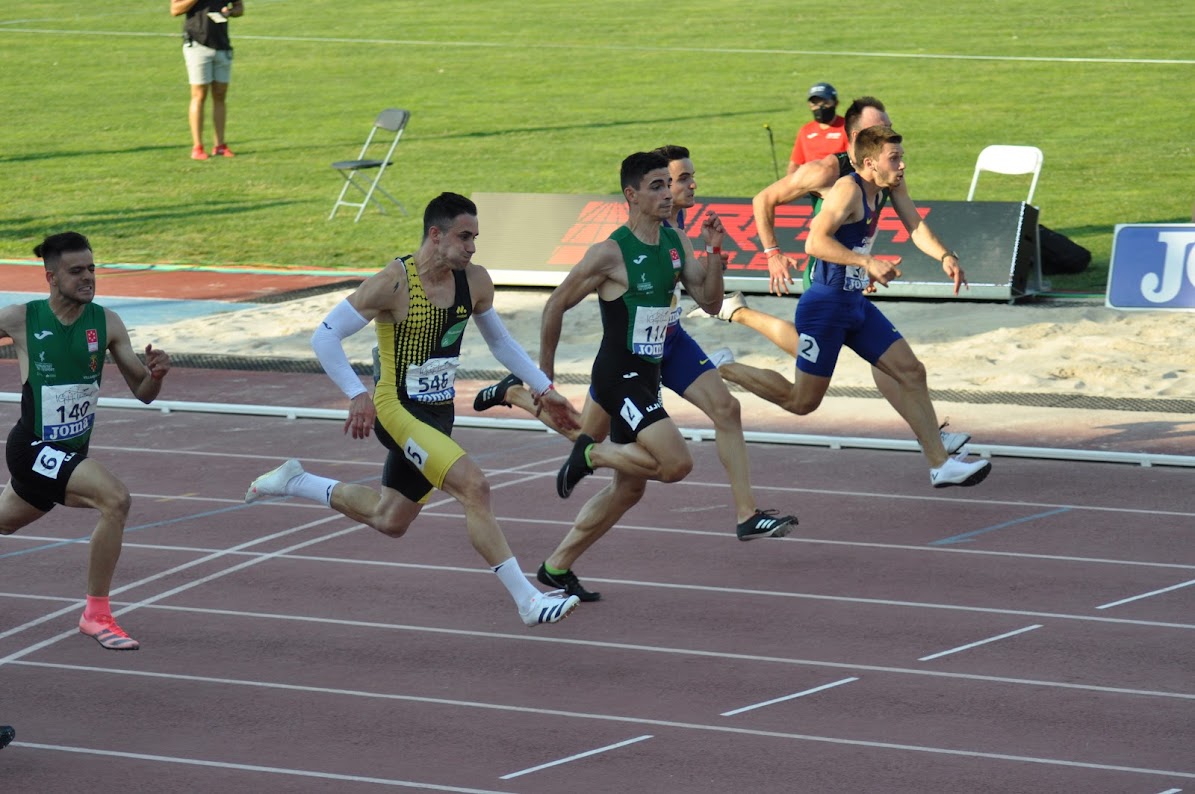 The European of those who are on the verge of being senior athletes it ended with 15 medals and 29 finalists, the best figures in history for Spain. If we start the review from lowest to highest distance and smooth races to hurdles we find the surprising (in a good way) bronze medal of Arnau Monné in the 100 meters, one hundredth ahead of Sergio Lopez (the champion of Spain in Getafe).

Jaël Sakura Bestué, The Catalan accustomed to getting on the podium since she is a sub18 athlete, stayed at the gates of the podium in the 100 meters. Here I make a point to point out that the heptathlete María Vicente, was the absolute champion of Spain of 200 ahead of Bestué, but did not participate in the European in any individual event or in the heptathlon, to save strength for the Games. 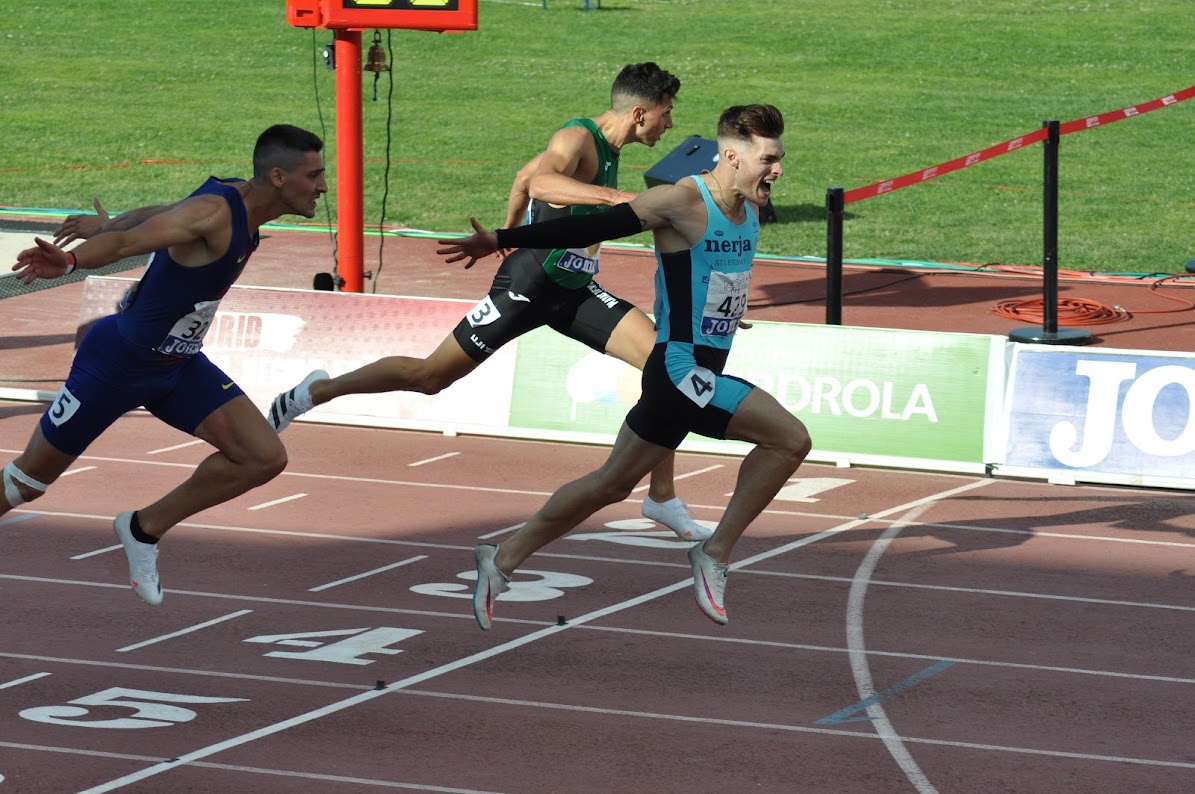 In the double hectometer, we live the historic double with the Sevillian Jesús Gómez (2nd) and the Catalan Pol Retamal (3rd), and we are talking here about two men who have already been absolute champions of Spain in the open air and on the indoor track in recent seasons. By the way, Jesús Gómez had already been second, at the end of May, in the European Cup of Nations and as the nice athlete told us, “there I went to see if he did not make a fool of himself and avoided being the last of the eight participants. ”.

In the 400 meters our best man was Bernat Erta (7th) who may have been fatigued by the strenuous attempts of the 4 × 400 absolute relay to qualify for the Tokyo Games, of which Erta is a regular.

We turn the page and talk about the fences, where one of the great sensations of national athletics this year, the Navarrese Asier Martínez, was proclaimed champion of Europe of the 110 hurdles just as his great form and his leadership of the continental ranking predicted. His rival and colleague from Gandía, Enrique Llopis, won the bronze medal, achieving another historic double for Spain on a European podium.

On 400 fences Jesús David Delgado He was in the final and finished eighth, and in his female homonymous test, Sara Gallego, another of those sensations of the year, the silver and beat the absolute Spanish record for the specialty, a brand dating back to 1988. Carla Garcia, she was sixth in that race. 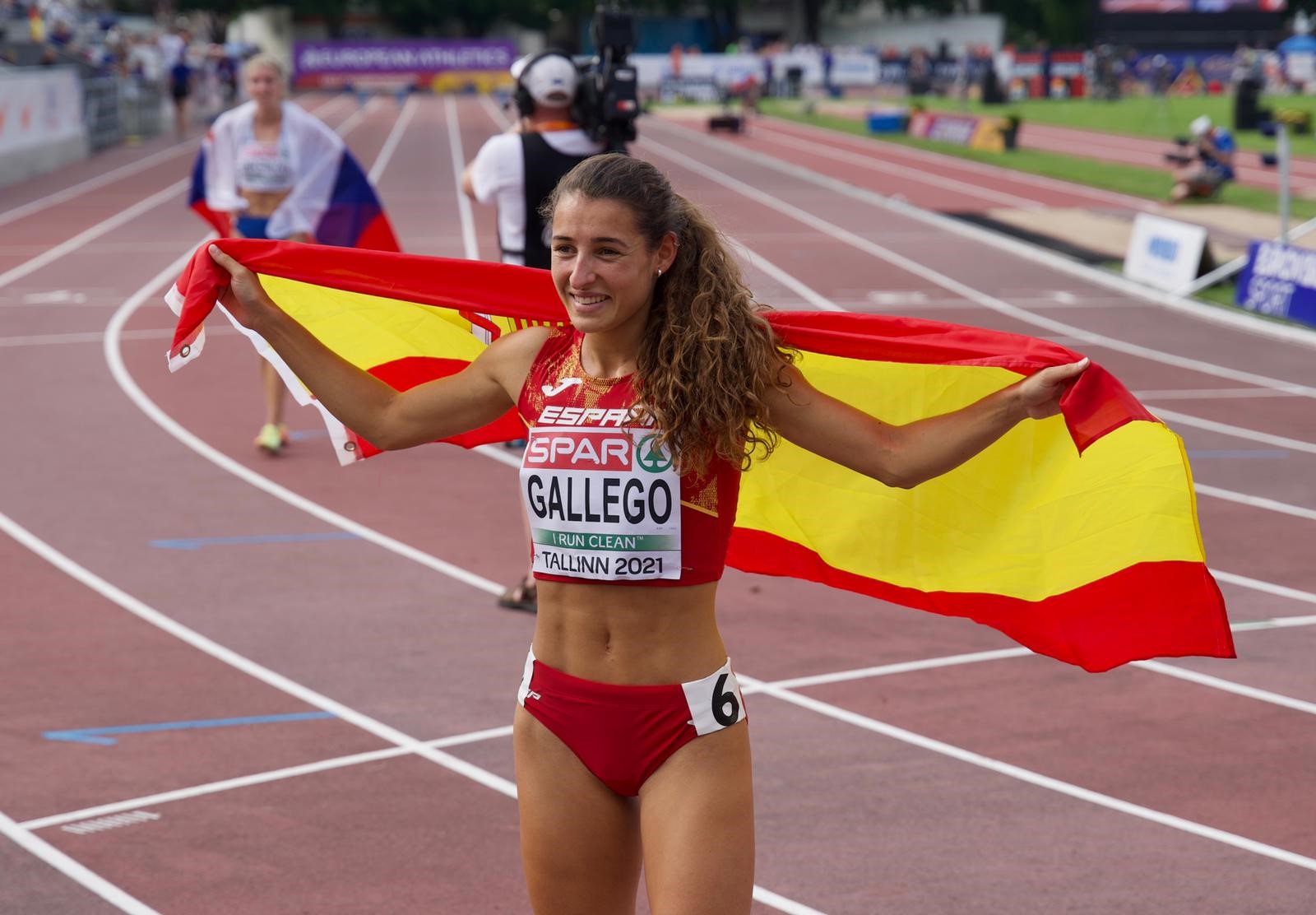 And our U23s closed with stellar performances in the relays. The female 4 × 100, the silver was hung with Aitana Rodrigo, Jaël Bestué, Eva Santidrián and Carmen Marco, the same thing that the men got with the aforementioned Monné, Retamal, Gómez and López (of course, bear in mind that the “worst” individually in this relay was Sergio López, who had been fourth in the 100 and the other three components were medalists). The women of the 4 × 400 Led by Sara Gallego, they broke the Spanish record twice (semifinals and final) and finished seventh.

We have reviewed the new names of Spanish speed and we must value the enormous work of coaches and technicians who are behind as they are, among others: Toni Puig, Ricardo Diéguez, Álex Codina, François Beoringyan, Jorge Marín (responsible for speed of the RFEA), David Ruiz, César Lobato, Francesc Carrillo, Elena Poquet, Iván Espilez, José Luis Calvo , Berni Domínguez, Antonio Fernández …

By the way, that among the 55 Spanish athletes who will represent us in the Tokyo Games, We will have among this new sap of Spanish speed: Jaël Bestué, Sara Gallego, Andrea Jiménez, Asier Martínez and Bernat Erta, apart from the heptathlete María Vicente, who is obviously among the leading young sprinters in Spain.