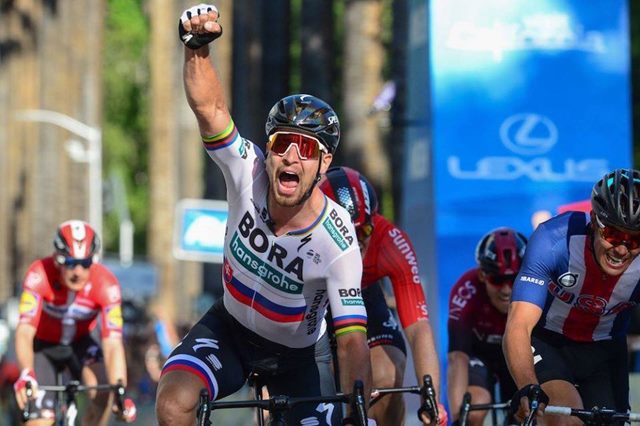 The French newspaper "L’equipe" has published a ranking with the list of highest paid cyclists in the world. Certainly the world boom in this sport at an amateur level is reflected in the salary increase of cyclists who just 5 or 10 years ago were very far from these numbers.

However, wages are still far behind what a top footballer or tennis player can charge. Also, the real pay jump comes when we break out of the top 20. Some World Tour riders are still with payrolls far below what they could earn in other sports at the same competitive level.

The list tops it as no Peter Sagan. The Slovakian is the most media cyclist today and a true advertising icon for commercial brands. Bora Hansgrohe rider wins nothing more and nothing less than 5 million euros per year. A more than deserved contract for a runner who, at 30, is already triple world champion. Obviously to this figure we should add what he earns through image rights and external advertising campaigns.

Secondly we find Chris Froome. The British, about whom a change of team is rumored, wins 4.5 million euros per year. Not a negligible amount for a cyclist who is still determined to get the fifth victory in the Tour de France.

The podium is completed by another Ineos runner. The Welsh Geraint Thomas earns 3.5 million euros annually and is among the best paid in history. It should be noted that in the list up to 5 racers from the British formation appear, which speaks and much of the enormous economic potential of the old Sky.

At the level of curiosity, it is surprising and very astronomical salary of a Fabio Aru that for a couple of seasons seems stagnant in his sports progression. The UAE team pays him 2.6 million euros that at the moment are not seen at all reflected at the level of sports performance.

It is also surprising that beyond SUVs like Valverde, Kwiatkowski or Alaphillipe, no other great classic appears.

After signing with Arkea Samsic, Nairo Quitana comes out of the Top 10, which has also created a salary space in the structure of its former team, the Movista Team. Enough to dream of the phone team being able to bring Froome on board?

The complete list facilitated by the newspaper "L’equipe" is as follows: