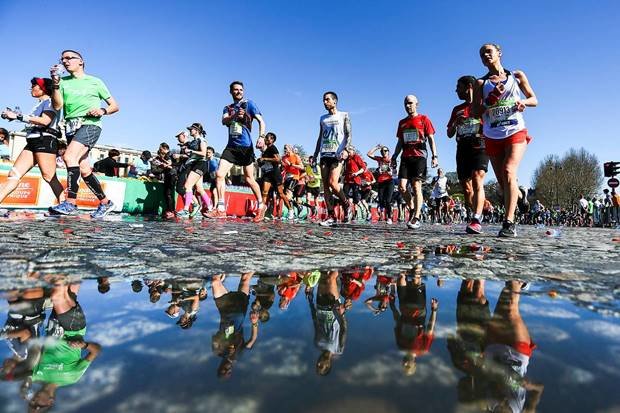 Nothing will change. Can not change. His psychology will continue to be that of making people happy, that of imposing our own weariness, that of demonstrating that wanting is power.

-No, what we did was make people happy.

This is how the goalkeeper Andoni Cedrún answered in the Movistar program in which he paid tribute to the 25th anniversary of the title of the Recopa of Real Zaragoza in 1995. And his heart pounded when he heard it. Because it is not an anecdote about football but about life that today I only intend to take to the streets, which are our playing field, to those popular races that are missed today; to those millions of anonymous goals to which we attach so much importance; to those efforts that we fell in love with to make ourselves suffer or to all that that cannot be explained without a bib number, without those safety pins, without all that life that awakens uncertainty.

In the end, we always need to keep talking about life, putting on war paintings, trying as many times as we want. Open our eyes and see a goal banner, capable of rescuing emotions within ourselves that we did not know existed. But that is the capacity of the races that also remind us that The opposite of living is not taking risks. And maybe that's why we miss them so much. And maybe that's why a reader from Galicia wrote to me last week and asked me to help him solve a question:

-Why don't you write about what we miss the races? As soon as I read it, I asked myself, ‘what do I say? What can I say? ’Because, actually, I'm so used to writing what others tell me that it costs me more and more to write in the first person: opening my heart is more difficult than listening to a song.

But then I saw that emotional Movistar program dedicated to Zaragoza and I saw that answer with which Andoni Cedrún answered his own question and understood that the key is there. That racing is that. That it is not necessary to go up to the balcony of the City Hall or score an impossible goal like that of Nayim a minute before the extension ended to make people happy. That the road book of happiness is immense and that the races too they are part of that work of art called happiness. It is not about obeying anyone but obeying yourself. Each one imposes his own weariness. Patience is only a stroke of wisdom in those kilometers that sometimes pass so slowly. How can you miss that so much?

But then you realize that a career is much more than that. A race is also the fascinating power of a bib. Discover efforts with more merit than yours. Sharing kilometers with people you will never see again. Be proud of yourself. Not knowing who can help you or who can move you because the next race in which you will participate is a race that has never been played. That is why I do not think that it is necessary for the races to change no matter how much they say that the world, which will leave us the COVID-19, will be a different world. However, I could not say if this can be extrapolated to the racing world, to his emotions that are like a radio station, to that life of his that discovered that every kilometer is a motivation of flesh and blood.

"We want them back as they were," this man wrote to me.

After all, a career explains that wanting is power. He defends us against the routine of the days. It invites us to meet people who stay in your life for life. Us invites too to take care of ourselves and to think of more beautiful things. I think everyone remembers their first race as if it were a league title. Since then, you realize that this is an important and perhaps necessary world: it is not only the jobs it causes, but the happiness it produces, the rain, friends, the occasion, the lyrics of a song that seems to me that no one has written yet.

Actually, that is the psychology of racing, a hotline with great memories, specialists in dealing with emotions. It doesn't matter that you can't do it anymore or that you can always do better. It doesn't matter that you are just one more and that, nevertheless, you tea you sit the owner of the worldBecause that is part of the wisdom of popular races, capable of melting the ice in winter, of showing us eternal values ​​or of uniting ordinary people in any city first thing on a Sunday morning. It seems a lie but it is so.

My first career was in 1992 when journalism college gave you plenty of time to play sports in the afternoons. Since then, have past years in which I have never written an article like this. And I have run many. But I didn't even think about it. However, they have had to withdraw their careers from the market for me to write it and to share it with you out loud. Because that's the way we humans are. When you lack something is when you most value that it exists and you thank it for existing. Because a small part of your happiness is in the satisfaction of the duty accomplished at the finish line.

And there you will only be one more. But it can be as important as Andoni Cedrún explained 25 years after touching the sky in Zaragoza's goal.

-Heroes? he replied. What we did was make people happier.

And that is racing. They are nothing else.