The Trek Segafredo team announced last night through a official statement his firm decision to remove Quinn Simmons from the team.

The reason was none other than controversial and inflammatory statements by the American a few hours before on social networks.

The promising 19-year-old cyclist was getting into a complicated mess when he publicly decided to show his support for Donal Trump.

Simmons, who last year was junior world champion and who as a great promise of world cycling is called to dominate the one-day classics in the coming years, responded with a “Bye” and the emoji of a black hand the tweet of journalist José Been that invited his followers to “unfollow” him if they were in favor of Donald Trump and his supremacist policies.

The content soon went viral and reopened the debate on racism in the world of sports.

further far from avoiding conflictSimmons later made other comments that the Trek Segafredo team deemed totally out of place.

Among other statements, the American responded with a forceful “Thats right” accompanied by a North American flag when asked whether or not he considered himself a good “trumper”.

The controversy that was generated was of such magnitude that just a few hours later the Trek Segafredo team was forced to make a public decision which positioned the structure far from Simmons’ personal opinion.

The team issued a statement in which it stated: “Trek-Segafredo is an organization that values ​​inclusion and supports a more diverse and equitable sport for all athletes. While we support the right to freedom of expression, we will hold people accountable for their words and actions. “

“Sadly, team rider Quinn Simmons made statements online that we consider divisive, inflammatory and damaging to the team.” “In response, will not race for Trek-Segafredo until further notice “ 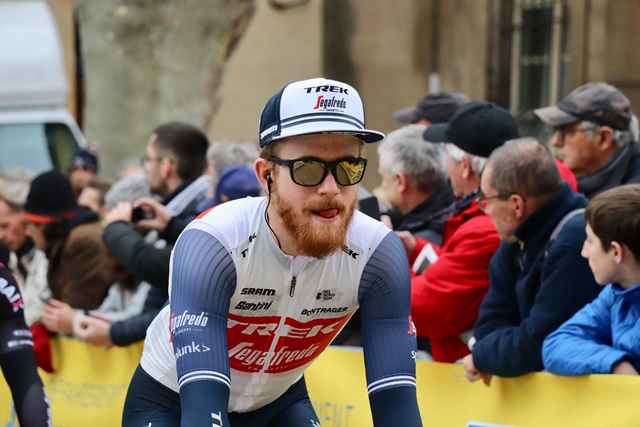 We will see how the issue evolves but the young and talented cyclist who yesterday disputed his last race with the team at the Walloon Arrow, can see his meteoric progression slowed. At the moment social networks continue to smoke and facing those who applaud Trek’s decision and those who defend Simmons’ position and his freedom of expression.

Professional cyclists like Nathan haas or Janez Brajkovic they have already harshly criticized their platoon mate.