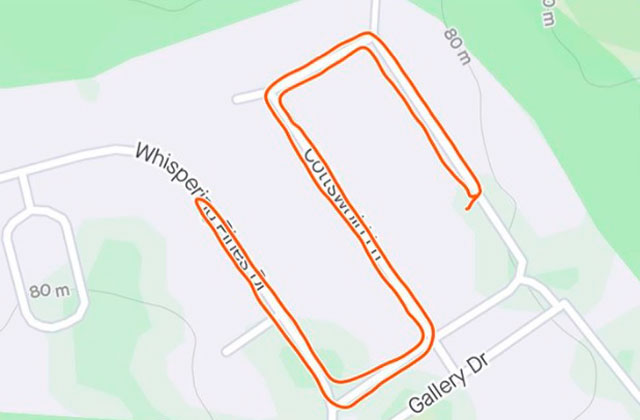 If we are talking about major challenges, the one we are going to tell you about is the one that takes the most. Throughout these weeks of pandemic and different types of confinement in the terrestrial globe, we have seen all kinds of impossible challenges, from completing an Ironman at home, marathons on balconies, 112 kilometers on a treadmill, etc., etc. Well, from the United States comes a titanic duel between two ultramarathoners, Sally Van Nuland and Cherie McCafferty, both originally and living in North Carolina.

Triumph for a mile

It all started on April 24 at 6pm and has ended 10 days (245 hours) then. A long battle between the two athletes with a simple format: Cwalk a mile every hour for as many hours as you can. The event is a variation of the Laz Lake’s Big’s Backyard Ultra, although in the Lake format, runners cover four miles (6.4K) every hour. The final victory was for Van Nuland, who has run a mile more (244 by 244) than his opponent.

The Little Dog Front Yard Challenge and the Big’s Backyard Ultra vary in distance and overall time, but were quite similar. In the 2019 Big’s Ultra, Maggie Guterl ran 402K to achieve the final victory. Van Nuland was pretty close to that mark reaching almost 400 in 10 days.