Originally known as Swiss Ball or Pezzi Ball, Fitball It is a ball specially designed for physical training, but also for physical therapy, gymnastics, pilates, rehabilitation and even as a desk chair in our offices.

The uso Swiss Ball ’or‘ Pezzi Ball ’was first used in 1963 when it was designed and used by physiotherapists for neurological development in newborns and infants. The balls were then used to treat adults with orthopedic problems. Given their proven success, pezzi balls were ultimately used to athlete training and alternative therapy exercises, where the instability of the ball surface makes it ideal for involving more muscles without increasing the total load.

Fitballs measure from 35 to 80cm in diameter and are made of soft, non-toxic PVC material. The air pressure in the ball can be adjusted by means of a valve, which allows us to inflate or deflate the Fitball to our liking. Depending on our height we must choose between the different sizes of Fitball, as a reference indicate that a 65cm Fitball would be indicated for people with a height between 162cm and 177cm. 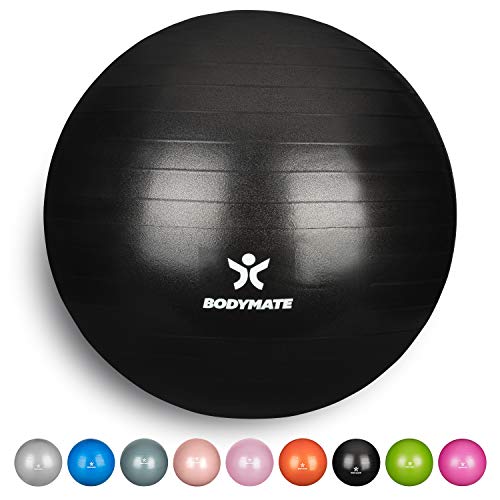 The Fitball, like the bands or elastic bands, the BOSU, the TRX or the medicine ball are some alternative resistance training elements to the weights. It allows to strengthen the muscles of the whole body without impact or loads and develops balance.

Benefits of training with Fitball

Before listing the multiple benefits that the use of Fitball will bring us in our workouts, it is important to understand the importance of balance for quality of life and functional movement. The equilibrium is to be able to control the body during dynamic movement and static postures. To be able to move smoothly, safely, efficiently and with great power. Some benefits of exercising with Fitball:

Recently we found in some works the tendency to change the office chair for a Fitball and many of us wondered: is a Fitball better for my back than a conventional chair ?. This is based on the theory that the abdominal and back muscles are constantly engaged and active to maintain proper posture and balance on the ball.

Some physiotherapy specialists assure that it is ideal to rehabilitate, avoid injuries and to help strengthen muscles as well as correct posture at sitting time. They present it as one of the best remedies to combat sedentary lifestyle in the office.

However there are also discordant voices indicating that most people do not have the central strength to sit properly on the Fitball, which automatically causes the user to put their feet under the ball to stop instability and therefore does not meet the purpose of changing your office chair. With office hours averaging over 8 hours, it is impossible to keep your core muscles busy during that period all day without putting undue strain on your back, neck, and shoulders.

Called a 'birthing ball' in this context, sitting on the ball is comfortable for pregnant women and aids in the fetal position. Sitting on the ball and gently rocking the hips also helps during labor contractions and facilitates the natural birth process.

It is used to develop balance, strength, coordination and stabilization.

Children love to play with fitballs! At the same time, balloons have been shown to be successful in aiding the development of early learning, didactic responses, development of motor skills, proprioception, coordination, and self-confidence.

Differences between Fitball and BOSU

The BOSU and the fitball They are very similar devices due to their shape and material, both are elements that seek to destabilize us. The fitball is a complete ball and we could say that it is more unstable than the BOSU since the entire surface is round unlike the BOSU that has one of the flat sides.

The BOSU will be used to perform exercises that require a flat base to support us, such as push-ups and squats. The difference with the fitball is that you can execute certain routines without risking your integrity.

In this video you can see a selection of exercises to do with the Fitball:

The Fitball They have become one of the most popular gadgets in recent weeks, an essential tool for our home gyms. In the same way that the bands or elastic bands, medicine balls and BOSUS, it is a very simple material to use that will allow you to tone, strengthen and work the muscles of your body at different intensities, and the best of these tools at prices very cheap! 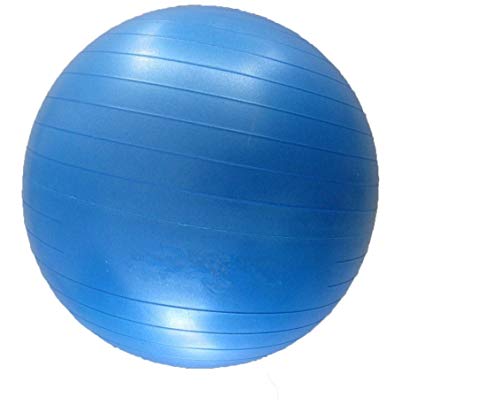