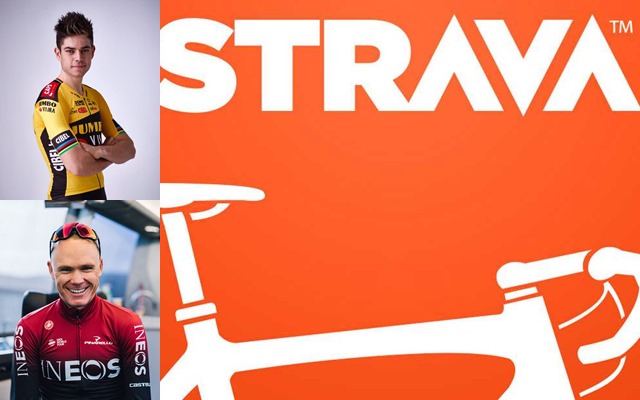 Cycling fans are in luck and is that Wout Van Aert is on its way back to its best version. The triple world champion of cyclocross seems to have definitely recovered from the serious and spectacular fall he suffered in the last Tour de France.

The Jumbo Visma rider who has already participated this year in a cyclocross race returns to the official road competition this Saturday at the Omloop Het Nieuwsblad. A return full of emotion and adrenaline.

7 months long wait to see again in action one of the great runners of the international squad for the spring classics.

The logical thing would be to think you have to wait longer to see a new chapter of the duel Van Aert vs Van Der Poel but the truth is that if the times of Strava do not deceive Van Aert arrives in full form to this section of the season.

The Belgian has been focused on Teide for 17 days and, together with other teammates, he has taken advantage of the mountains of Tenerife to make real training savages.

We'll see if the height concentration pays off in the form of results. For now Van Aert has already destroyed a KOM of Chris Froome in Strava.

To the title of “Two Crown please”, Van Aert hung an activity on February 25th in which pulverized a rising record by Chris Froome himself.

More than one will think that this is just virtual times and that the races will be in charge of putting each runner in his place, but in the times that run the information is power. And Strava in addition to information also serves as proof of cotton.

What seems clear is that Van Aert is recovered and that he wants the most spectacular races of the year.