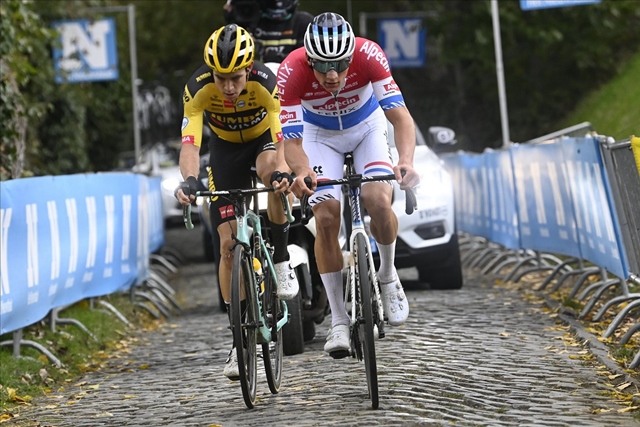 Last Sunday we experienced one of the most anticipated races of the cycling season. He Flanders Tour It did not disappoint anyone and confirmed what was an open secret. Mathieu Van der Poel and Wout Van Aert play in another league.

It is true that if it weren’t for the silly fall of Julian Alaphilippe we may be talking about a completely different result today, but falls are part of cycling and the only reality is that Mathieu Van der Poel scored his first victory at a great monument.

The Dutch rider beat Wout Van Aert in a tight final sprint. Just a few inches slowed the Belgian from finishing one of the most complete seasons in recent memory in the sport’s history.

The equality between both riders was maximum and they quickly made it clear to their rivals that the label of top favorites was more than deserved.

During the live broadcast we noticed a tremendous superiority over the rest of the platoon. A preeminence that is confirmed with the publication of some amazing power data that were monitored through your inseparable Wahoo bike computer.

The much criticized watts remove any doubt about the excellent physical condition of the Alpecin Fenix ​​runner.

During the almost 6 hours of competition they used to travel the 252 kilometers of route, Van der Poel spent practically 4000 kcal, ascended more than 2000 meters of positive elevation gain and moved to a average speed of 42.4 kilometers per hour.

But with the advent of watts and power meters, these data become even more valuable if we say that to raise his arms he had to use 275 average watts of power, 341 normalized watts (NP) and a maximum peak of 1561.

Van der Poel who for his 1.84m height is over 75 kilos of weight he needed an average heart rate of 141 beats per minute and reached a maximum of 190.

The TSS (Training Stress Score) of 382 leaves no room for doubt. The effort for a single day of competition was maximum and the 341 watts normalized (NP) confirm that the “arreones” and changes of pace were present throughout the tour.

* The data has been published by the team and the rider himself on social media. 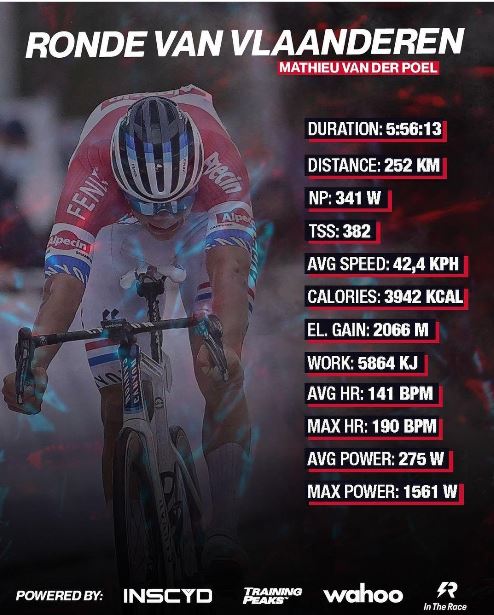