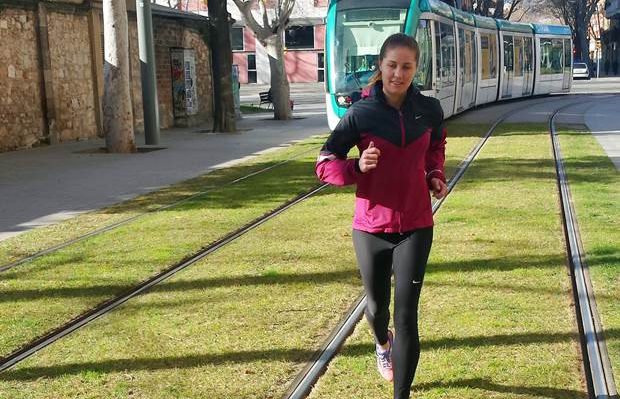 Confinement little by little it loses strength. The general panorama of the coronavirus pandemic is improving considerably in Spain, with the flattening of the curve becoming more visible and the government taking measures to gradually recover normality, within the limits. So much so, that going for a run is an imminent possibility.

From May 2, lovers of outdoor exercise have the opportunity to run without problems. Although, obviously, there are a series of security measures that have to be carried out. The situation is becoming more flexible, but the containment of the virus continues to be a priority to avoid a regrowth that will lead to closure again. How will running after confinement be practiced then?

Portals such as Intersport are already offering the first important details on how to carry out the practice of this sport with protection guarantees both for those who practice it and for those around them. And it is that, when it comes to contagions, not only do you have to watch out for yourself, but also for everyone else with which you live or with whom you can meet while running to exercise.

However, What are those recommendations for runners to take to the streets after confinement?How are the measures to stop contagion when doing sports? To begin, the most common distancing protocols must be discarded, since the displacement is carried out at a different pace. That detail, and others more especially important, is part of what we are going to address in the following sections.

The slip, our enemy

It may sound funny, but it is totally true. The slip, that margin of space between two runners that is normally used to avoid air resistance, is something that should be completely avoided here. A person's particles remain behind her when it runs, especially when it runs at high speed, leaving a great trail behind it.

This causes, if someone runs through that slipstream while running or just walks, they are more likely to get it in the event that the first runner was infected with coronavirus. Different studies corroborate this theory, so it is advisable to be very careful when measuring distances with other runners.

The 2 meters of security are not enough

Based on the above, it should be noted that the two meters of distance are insufficient so that the runners are really protected against contagion. Taking into account the mentioned slipstream, it is necessary to change the chip to take into account other types of distances. According to specialist recommendations, if it is just walking, the distances should be between 4 and 5 meters. If the speed rises and you start running, they must be about 10 meters approximately.

It may seem like an exaggeration, but the particles remain in the air and spread more easily if the wearer moves more quickly. Therefore, be very clear that the two meters established as a base are not enough if you are running at a brisk pace. You must distance yourself more from the rest and try to maintain longer distances.

Disinfection of clothes after each session

After finishing the exercise session, and just entering the house, the runner has to take off the clothes he has run with and take them directly to wash. In fact, it should even be disinfected with some kind of gel to avoid spreading possible virus particles around the house. The most advisable thing is that the clothes go directly to the washing machine and do a single wash just for her, as well as that the runner goes directly to the shower to wash thoroughly.

Is cleaned everything in depth and the chances of contagion are reduced. It is not recommended that other members of the house be in charge of doing the laundry, as this could cause them to catch COVID-19 in case there are remains of the virus in it.

Are fairly simple measurements if they are analyzed carefully. They will change the way of moving around the streets and even practice sports since, from the outset, it will also be advisable to wear a mask and gloves to avoid not only infecting others, but also infecting yourself. Every prevention measure adds safety and health, and more in these times.

The runners are going to be able enjoy that sport that they are so passionate about, but the responsibility to prevent the disease from spreading again falls on each and every one of them, and on the entire population. Now, more than ever, we must be consistent and be careful. We can finish off this disease.