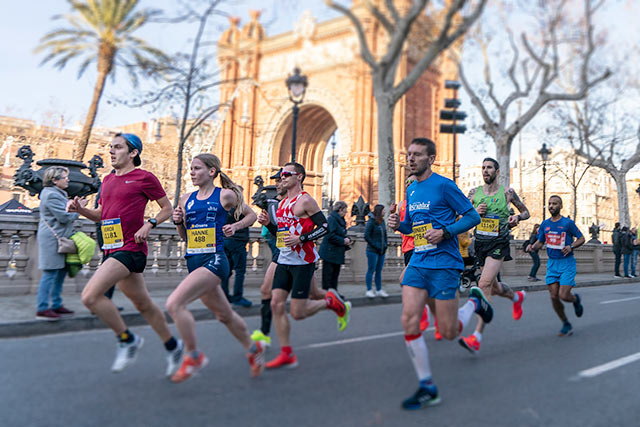 The eDreams Mitja Marató of Barcelona Get a four-week participation record for your celebration. The test, which will take place on February 16, has passed this weekend the 19,000 participants, historical record of the race achieved in 2019 when the organization of the test had to hang the “sold out"

In this way, in its 30th edition, the Barcelona half marathon, an international reference race thanks to its rapid layout and an internationally awarded organization with the Gold Label awards and the 5-star seal, will also hold a record for registrants.

With 19,800 participants today, there are more than 120 registered nationalities from all over the world. With a record percentage of foreign participation of 47.5%, France and the United Kingdom are the foreign countries with more participation. Likewise, we also find countries as different as Japan, Uzbekistan, Canada, Brazil or Zimbabwe. A record that is added to the record of female participation, which amounts to 34% of the total registered, or what is the same, 6,500 women, when in 2019 there were 6,000. 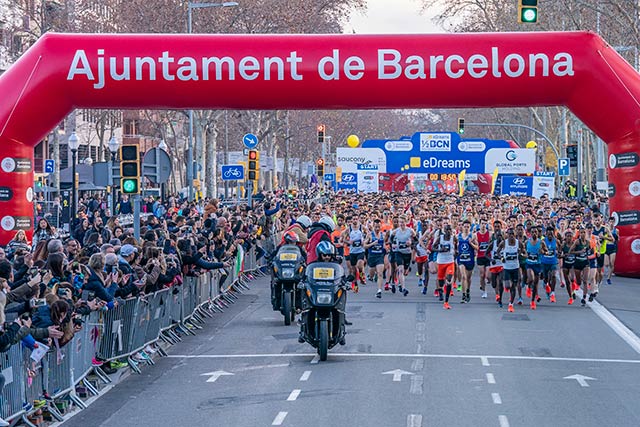 The Barcelona test brings together numerous European elite year after year in search of a brand. Your world record circuit marked by kenyana Florence Kiplagat In 2014 and 2015, he gathers numerous athletes in Barcelona in search of his best personal brand. So much so, that in the last edition there were 100 runners who crossed the finish line in less than 1.10.45.

Registration will be open until February 10 or upon reaching 23,000 bibs.

Registration remains open on the official website of the test www.edreamsmitjabarcelona.com. They will be open until February 10 or until the available 23,000 bibs are sold out. Finally, note that in this edition the venue of the Palau de Congresos de Barcelona will host the Corridor Fair on Friday, February 14 and Saturday, February 15, where participants must pick up their race number, bag and t-shirt.

The eDreams Mitja Marató of Barcelona will kick off Sunday February 16 at 8.45 a.m. from Passeig Pujades.