The World Athletics has released the minimum necessary to participate in the Olympic Games in Tokyo next summer. Notably there are several athletes who already have their ticket insured after achieving it by ‘other ways’, such as the top 10 finishers of the 2019 Doha World Championship men’s and women’s marathon (among which is the Spanish Dani Mateo). Javi Guerra and Marta Galimany have the square after proclaiming themselves champions of Spain of the marathon in 2020, among others.

The ways to be in Tokyo

Furthermore, as the Royal Spanish Athletics Federation has published in a circular, “an athlete can be classified in two ways: Either achieve the minimum participation established by World Athletics within the respective qualification period or qualify by virtue of their World Ranking position in the respective event at the end of the corresponding qualification period or, in both cases, the maximum quota per Olympic Committee National in each test must be respected and cannot exceed the established maximum number of registrations per test (in section A of the WA Qualification System) ”.

These are the harsh minimums published by World Athletics to be in Japan: 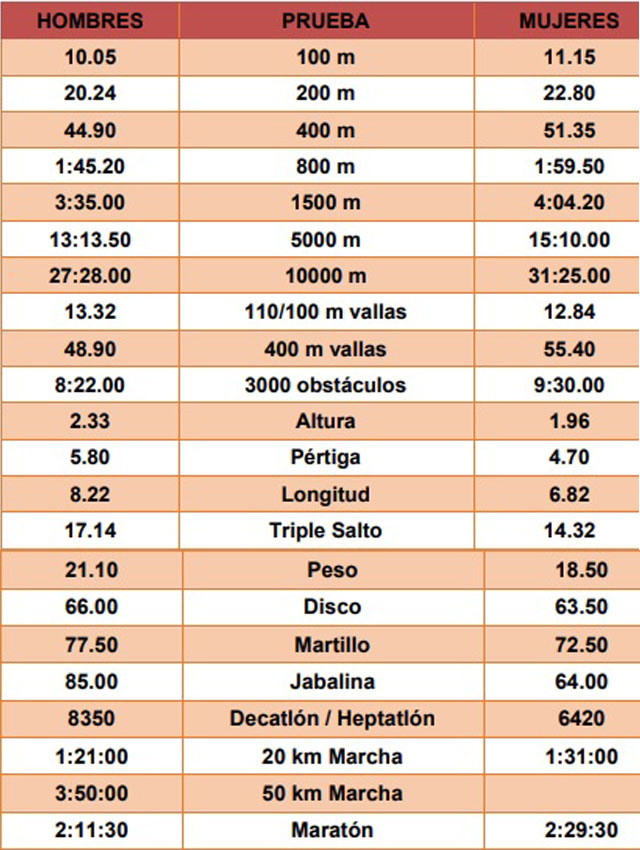