Are you health conscious or are you just looking for something to shake up your workout and keep it motivated? Then this is for you.

An intense prison workout can be done:

The idea behind “prison training” is that you:

All you need is an area the size of a prison cell and everything in the prison cell (floor and walls).

Burpee is one long exercise that consists of 5. 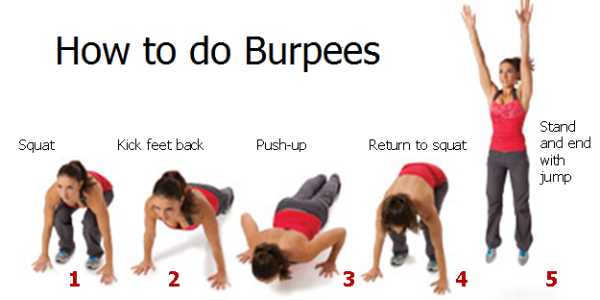 And all of these 5 exercises will “hit” your body because Burpee is designed to engage the maximum number of muscle groups. This is a full body exercise.

In this type of training, the body itself is the weight with which you train. The intensity in this complex is just off scale.

How is it done?

Here is an illustration of this complex in full face, so that it is more clear how to perform it. 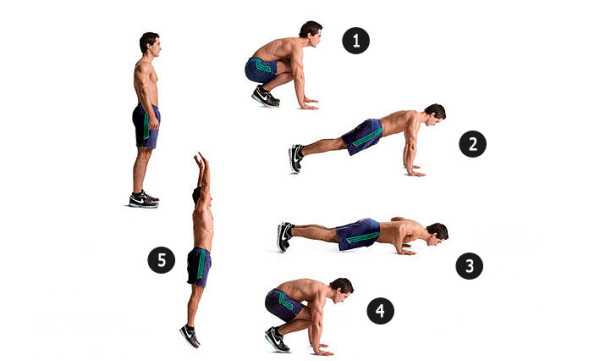 The number of circles that you do in 2 minutes will be optimal for you and over time you will do more and more circles.

The good thing about Burpee is that you can independently regulate the pace and load, it is the regulation of the tempo that will allow you not to “break” your heart, but to move forward, albeit slowly, but confidently until victory.

What you should aim for is 6 sets of 3 minutes with a 30 second break. And at the same time to a very comfortable feeling for yourself!

The goal is health!

The main principle of such a demanding

“My name is Paul Wade, and, unfortunately, I had to learn what life in prison is. I got there in 1979. And he spent 19 (out of 23) years in such terrible prisons as Angola (another name “Farm”) and Marion – a hellish place (it was built instead of Alcatraz).

In prison, I got the nickname Entrenador (translated from Spanish – “coach”). Various thugs approached me with a request to make them strong in the shortest possible time.

For 6 years, I won the annual pull-up and push-up championship in Angola. I was a winner even when I was constantly busy with work and did not have too much time for training.

All the conflict situations to which I was involved ended quickly, due to the fact that my power was very explosive. “

This is a quote from the book Prisoner Training. Its author is Paul Wade – a convict with 20 years of experience and a man capable (according to him) of pulling up 50 times on one arm. “My body weight is all I had in prison before the barbell and dumbbell gyms were installed.”

According to Wade, the lack of exercise equipment does not prevent people deprived of their freedom to form their bodies strong and strong, like those of ancient Greek statues.

We suggest trying to apply the method of training convicts on yourself. This technique consists of increasing complexity:

1st level – push-ups with an emphasis on a vertical wall.

For a lot of people, this push-up is very easy, says Paul Wade. You need to put your hands on the wall. Push up. When you can complete three approaches 50 times each, you can go to the 2nd level. But do not jump to another level of difficulty without achieving the specified result. This rule applies to all levels and exercises described below. 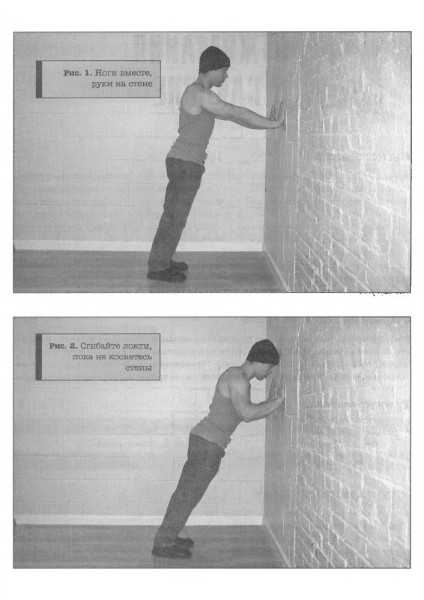 In order to perform the 2nd level exercise, you need to rest your hands on the sink in the bathroom. Push up. The condition for moving to the 3rd level is three sets of 50 times. 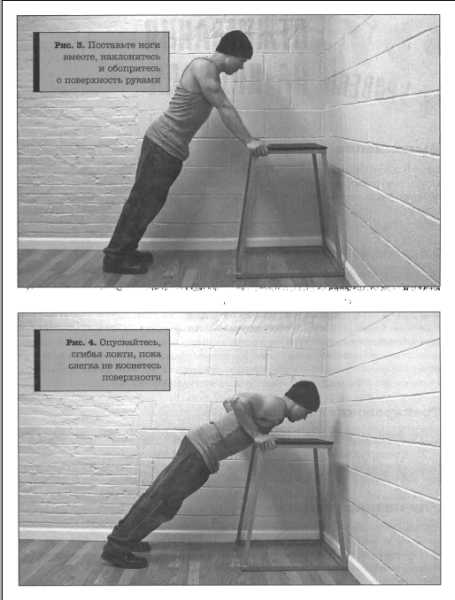