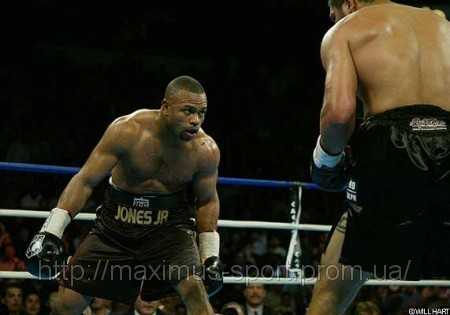 Do you stretch before your morning run?
Yes, I do a full warm-up, then do stretching exercises for the muscles of the legs, back, sides of the torso.

What time do you come to the hall?
At noon.

What is your favorite exercise?
I like to train, but most of all I love abdominal exercises …

24 days in the life of Roy Jones

Former world champion in four weight classes Roy Jones Jr., on the eve of the fight against Joe Calzaghe, scheduled for November 8, decided to introduce a wide section of boxing fans to his life by publishing a diary of his stay in a training camp. It describes 24 days (October 1-24) during which Jones prepared for battle. Judging by the style, this is a real boxer’s diary (albeit written in a third person), and not a product of his press office. Jones writes about his workouts, shares his observations of nature and talks about his favorite food, computer games and TV shows. Here are the most interesting excerpts from this diary.

Wednesday 1 October 2008
Roy’s day began at 7 a.m. when he woke up in California, Pennsylvania. The California village is 1 hour south of Pittsburgh. The training camp is located in a forest with a winding single lane road leading up to the hills. Roy wakes up and drinks a cup of coffee. Then he goes to the fitness center, located 30 minutes from the camp, for a morning workout. He alternates a visit to the fitness center with morning jogging. At the fitness center, he does intense aerobic training, then weights and abs. Once finished, he returns and prepares for his special breakfast. Roy Jones Jr.’s Special Breakfast consists of oatmeal and scrambled eggs made from three eggs, four chopped sausages and four pieces of bacon, also cut into small pieces, all mixed in a large bowl and served to him. He usually drinks some kind of juice at breakfast. For the next few hours, he does interviews and tries to rest to get ready for his next workout at 5pm. By five o’clock he is ready for a second workout On this day, he has no sparring, the training is devoted to the development of speed and endurance. For lunch, Coach Elton Merkerson makes grilled chicken, broccoli and cauliflower mix, and baked potatoes. Roy goes to rest at 9 pm.

Thursday 2 October 2008
Roy wakes up at 7 am. He starts the morning with a cup of coffee and cream. On this cold, crisp morning, he sets off for a run into the mountains. The training camp is located along the winding forest road that runs through the steep hills, and Roy runs along it. Another boxer from Pensacola, Florida, Keyon Buzzy, is running with Roy this morning. He also appears on the show on November 8th. After running, Roy takes a shower and has breakfast. On the second training session that day, he sparred. After lunch, Roy relaxes and watches a college football match between Pittsburgh and South Florida varsity teams.

Friday 3 October 2008
Roy wakes up at training camp at 6 a.m. The morning was frosty again. It is already felt that autumn has fully come into its own and a cold winter is just around the corner. He starts the morning with a coffee and cream. Then he and Keyon go for a morning run up the mountain. Roy is thinking about giving this mountain a name. Opening the door, he feels the touch of the morning coolness on his skin. The leaves on the trees are still changing color: orange, yellow, light brown … Before you can look back, they will fly around. After jogging, shower and Roy Jones Jr. Special Breakfast. The second workout is devoted to the development of speed, agility and endurance. In its course, a pneumatic bag and a jump rope are used. After lunch, Roy, Keyon, Gabe Brown (Pensacola boxer), and Alfie Smith (assistant coach) head off to a local high school soccer game.

Saturday 4 October 2008
Roy starts the morning with a cup of coffee and cream. He then eats a light breakfast consisting of a cup of oatmeal and a glass of juice. At one o’clock in the afternoon he has sparring sessions. After sparring, coach Elton Merkerson prepares lunch for him, and in the afternoon he rests and watches American football on TV all evening.

Friday 10 October 2008
Roy’s morning begins with a traditional cup of coffee with cream. Then he goes to …