Active advertising of sugar substitutes increasingly raises the question: are these supplements as safe and effective as they are told about them? Or is it just a publicity stunt? 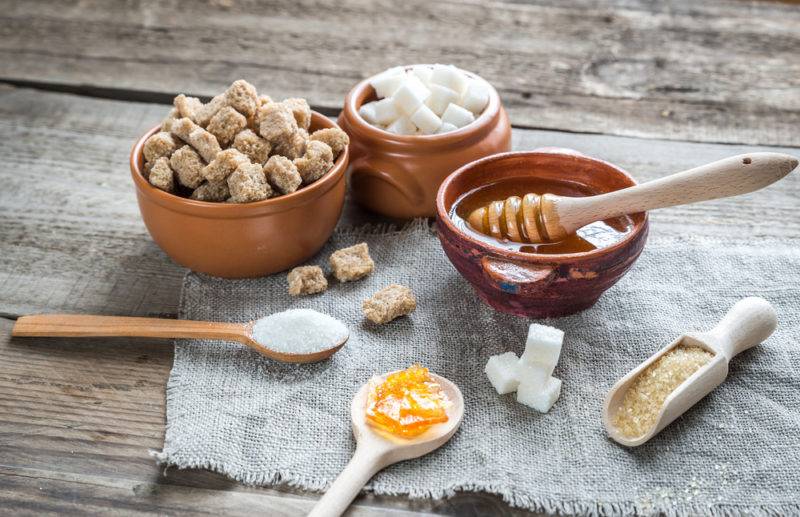 Sugar substitutes: how to replace sugar and is it worth doing?

Active advertising of sugar substitutes increasingly raises the question: are these supplements as safe and effective as they are told about them? Or is it just a publicity stunt?

Sugar is bad. Thanks to the modern media, everyone knows about this. It is proposed to replace it with the help of sweeteners, which are considered to be safer for the figure and harmless to health. Let’s see if this is so.

What are the sweeteners?

Natural sweeteners are healthier and safer. However, manufacturers very often replace them with cheaper synthetic counterparts, taking advantage of the lack of awareness of consumers. Therefore, it is important to know the names and labels of natural and synthetic sweeteners before purchasing a sweetener or products containing it.

The most common synthetic sweeteners are:

It is 300–400 times sweeter than sugar, but not very tasty due to its “metallic” taste. The main contraindication is exacerbation of gallstone disease, provocation of tumor growth, and high dosages can cause bladder cancer.

A common sweetener widely used in the food, medical and dietetic industries. Low in calories, but 200 times sweeter than sugar. When heated, it becomes toxic, so it can be consumed in dishes that are not boiled or heated.

The toxic properties of aspartame are already activated at a temperature of 30 ° C. Prolonged consumption in a heated form causes dizziness, nausea, digestive disorders, allergies, heart palpitations, depression, insomnia, ringing in the ears, and sometimes can lead to the development of brain cancer. Contraindicated in children and pregnant women.

In excess, it can provoke diseases of the cardiovascular system and liver. Direct accumulation of fructose in the liver can be the cause of metabolic syndrome.

Natural sweetener made from stone fruit. Caloric content is 50% more than that of sugar, so it is not suitable for weight loss and “drying”. The optimal dosage is 30-40 g per day. If it is exceeded, it can provoke nausea, upset stomach, intestines, bloating, and increase the concentration of lactic acid in the blood.

A well-known provocateur of skin dermatitis and allergic reactions.

Doesn’t affect teeth like sugar. But in high dosages, it provokes inflammation of the gallbladder, has a laxative effect.

Should you replace sugar with sweeteners?

Yes, it’s worth it. Consuming natural sweeteners does not cause such a dramatic surge insulin in the bloodlike sugar. Such sweeteners are absorbed much more slowly, without causing acute hunger immediately after a drop in insulin levels in the blood, and also without provoking the effect of fat accumulation.

Harm and side effects

The negative consequences of consuming sweeteners include the following:

Saccharin and cyclomat are banned in several countries around the world. But in Russia they are allowed. Therefore, everyone is free to choose the most suitable supplement for themselves.

And finally, it is worth remembering the safe consumption rates of sugar substitutes. They are (per day):