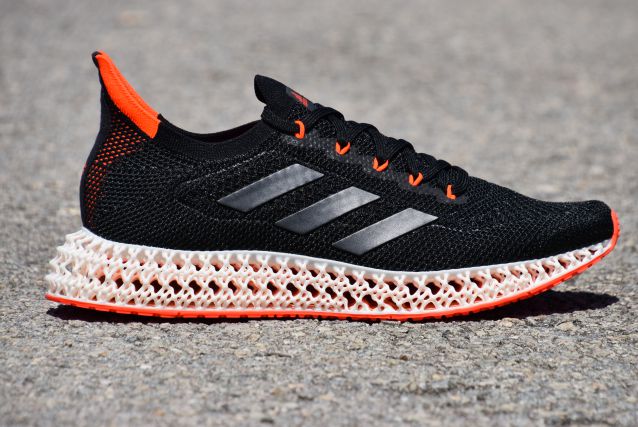 The adidas 4DFWD running shoe is another of those models from the German brand that leaves no one indifferent. It is all a technological madness that draws attention for its spectacular midsole. It is so striking that the bulk of runners need to see how they are going to refer to it … But it does not matter, because what is clear is that it is much more than it appears. It is a high-tech solution where adidas has spent four years of study and development. 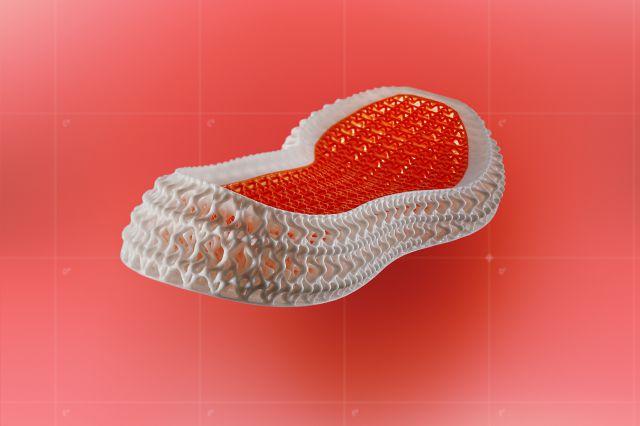 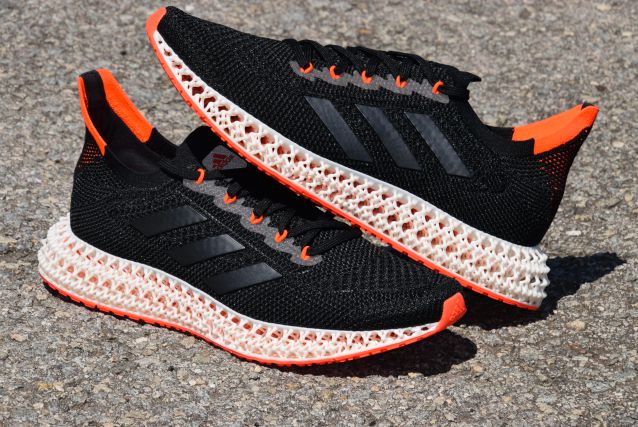 As they say, it is four years of development to get here. In 2017, adidas’ Futurecraft laboratory of ideas partnered with Carbon, a Silicon Valley technology company, to take advantage of one of its cutting-edge technologies in the 3D manufacturing process of the new 4D shoe: Digital Light Synthesis ™. That is why there are already 4D shoes on the market, but what makes 4DFWD different is the footprint management focused exclusively on running and in a totally innovative way.

And it was at the adidas Innovation Lab, at their headquarters in Germany, where they created this amazing model, unique on the running grid today. Let’s see how this new creation is. 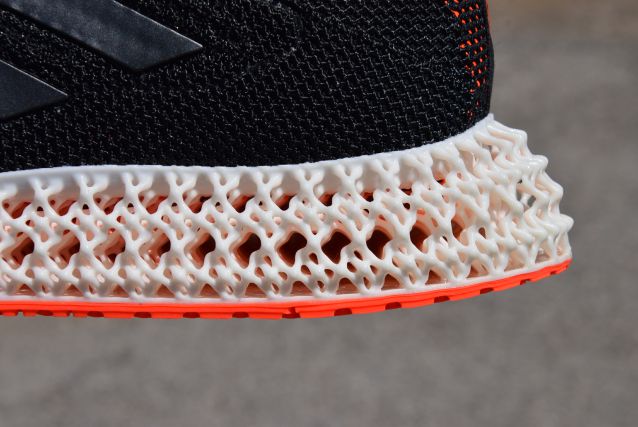 The adidas 4DFWD midsole is, without any doubt, the most important and striking part of this new model. It is impossible to look away from the structure that makes it up and it is not until after a while that you are turning it over in your hands that you realize that this shoe also has a sole and upper cut 😉

No doubt that 3D printing is here to stay, but it is still difficult to assimilate the range of possibilities that has been opened. At adidas they know it and have thrown themselves headfirst. Together with Carbon they have worked a liquid material that fuses with oxygen and is shaped with light. In these four years of travel, they have managed to lighten the material, making it more cushioned, introducing new colors and materials from recycling. 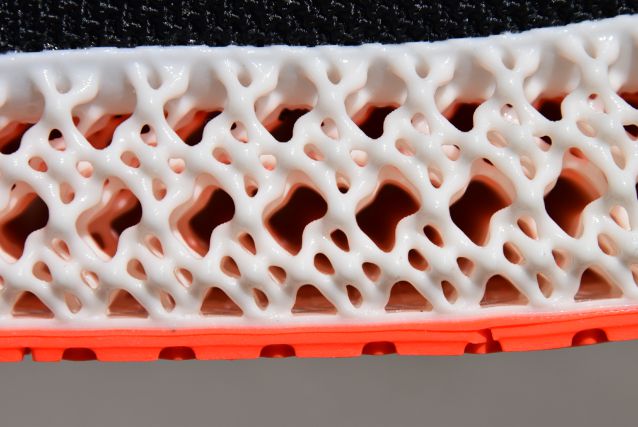 Well, if there are already 4D shoes, some of them for running … Where is the main innovation in adidas 4DFWD? Well, precisely in the name. That “FWD”, an acronym for “forward”, is the key to understanding this model. The 3D midsole is designed to optimize running transforming part of the vertical energy that reaches it in the form of impact against the ground when running, in a use of that energy, but directing it forward, that is, in the direction of walking.

According to adidas, in these four years of development, the German brand has analyzed the data of thousands of runners of all kinds to achieve this 4DFWD. Or what is the same: a very specific design of the framework of that grid that forms the entire midsole, and that serves to optimize the footprint by facilitating precisely that, the exit of the footprint forward. 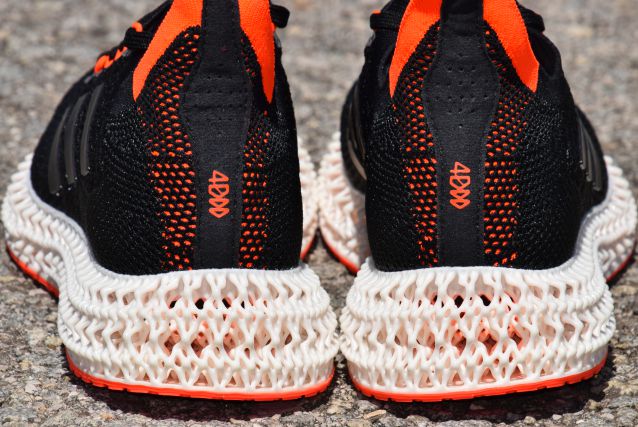 To do this, adidas has jumped to another of their laboratories, their Futurecraft in Portland, Oregon, where they have managed to find a concrete shape for that framework of the midsole.

It is this form in the joints that is responsible for transforming the braking force (as a consequence of the vertical pressure forces generated at the moment of impacting against the ground in each stride), into a horizontal force oriented forward to facilitate the exit in the tread. 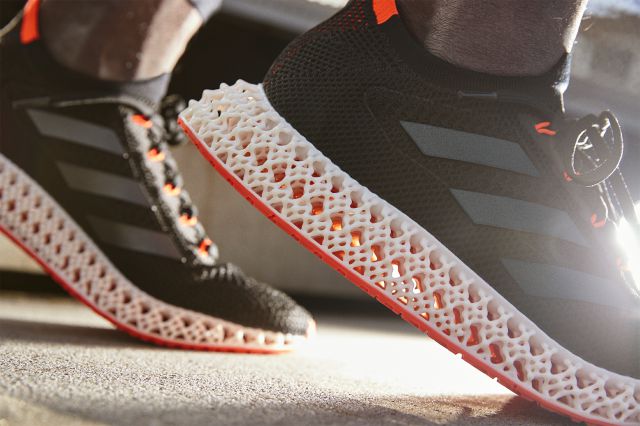 Such is the evolution that compared to previous 4D shoe designs, such as 4D Alphaedge (2018), or 4D Run (2020) that 4DFWD achieves up to 23% more cushioning and achieves up to three times more, compared to the first Versions of this midsole improve forward movement when that vertical pressure is applied to each step.

The heights of the midsole are not whole numbers this time since the heel rises from the ground by 32.5mm, while the forefoot does so by 21.2mm. This is the result a drop (the difference between those heights) of 11.3mm. 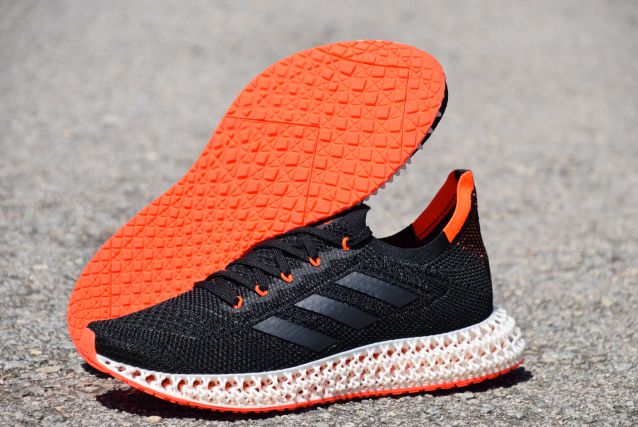 The adidas 4DFWD outsole is designed to work in conjunction with the design of the midsole. Thus, the tread is all separated by stripes, both transversal and in the direction of travel and that will favor the flexibility of the shoe. Thus it does not interfere with the movement promoted from the structure of the midsole.

Altogether it is a brutal amount of diamond-shaped studs that will allow traction on any surface. There are approximately 180 studs, approximately, that occupy 100% of the midsole, including the entire midfoot. It will be very difficult for anyone to find traction problems. 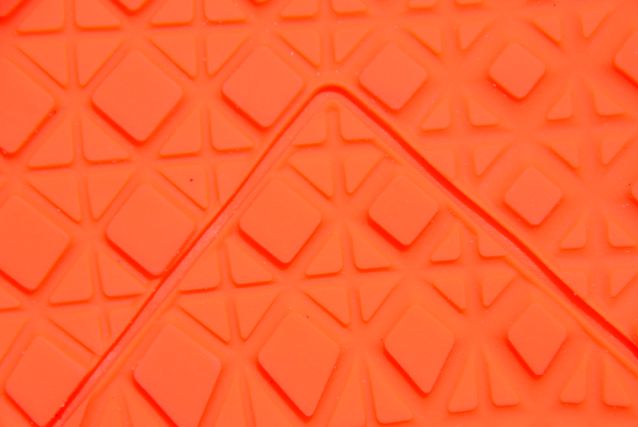 To further facilitate this effect of horizontal movement forward, on the forefoot there are two extra stripes, deeper, and in the shape of an arrow. They are inserted in the direction of travel exactly where it is most important for the shoe to flex.

And since the stud occupies the entire sole of the foot following the shape, it gives it a larger surface in contact with the ground, which will provide it with a contribution of stability. 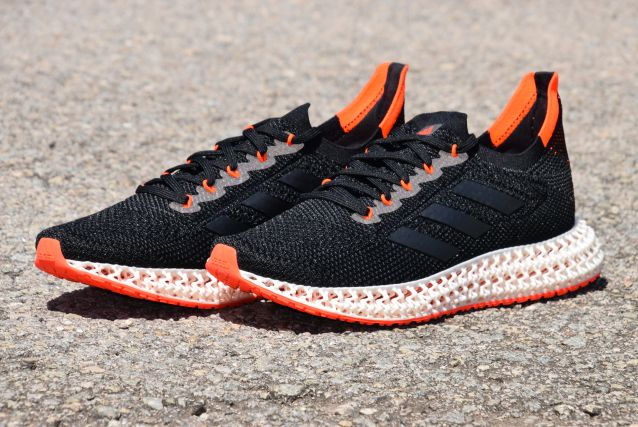 The adidas 4DFWD upper stands out for using Primeknit, a high-performance knit fabric used by the German brand in several of its high-end models. In fact, Primeknit can be said to be the oldest element in the new 4DFWD as it has an extensive background “dressing” other groundbreaking adidas icons, as was the arrival of Ultraboost in its day. 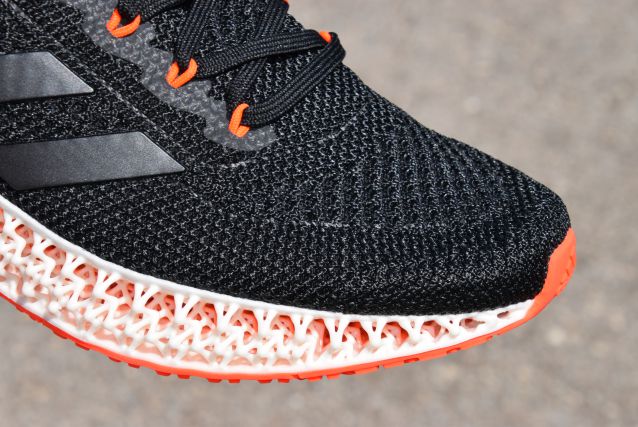 What is it that makes Primeknit worth being in this nifty sneaker? Well, it is a knitted fabric that uses a technology that consists of weaving one or more threads together to make the entire upper. It turns the entire shoe over and there is no need for seams to join any part because it is only one. The fabric used is very comfortable, light and highly breathable. It is also extremely stretchy, making it conform to virtually any foot contour. Obviously, to achieve optimal support in each area, the fabric is denser (that is, it has a higher density), or it is more open depending on the point where it is deployed.

Because that’s one of the thanks of Primeknit, which can be deployed in one piece, in a bootie structure that hugs the foot. This while remaining very open in the area of ​​the fingers, very dense on the sides and also resistant in the toe of this 4DFWD. 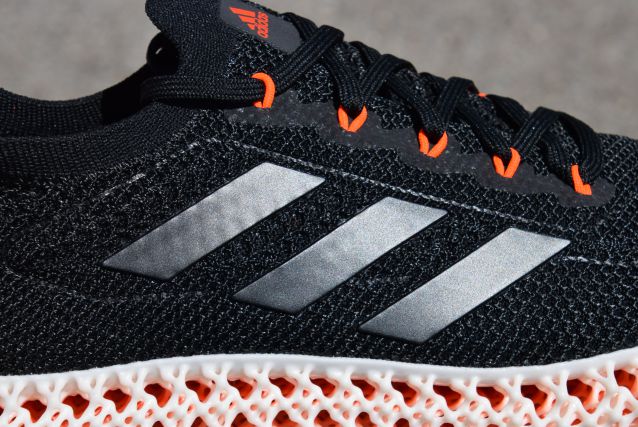 How could it be otherwise, the logo of the three bars will also work as a reinforcement of that central area, which is the one that receives the maximum tension from the laces, when closing the loop. Laces that are passed through five eyelets that are five straps on each side of the shoe. In addition (and this in a discreet way), we see that adidas has added a reinforcement in the form of synthetic leather on the inside of the shoe, on the other side of the three bars. This synthetic leather is thin and is adhered to the upper by means of a heat seal to avoid any type of seam. 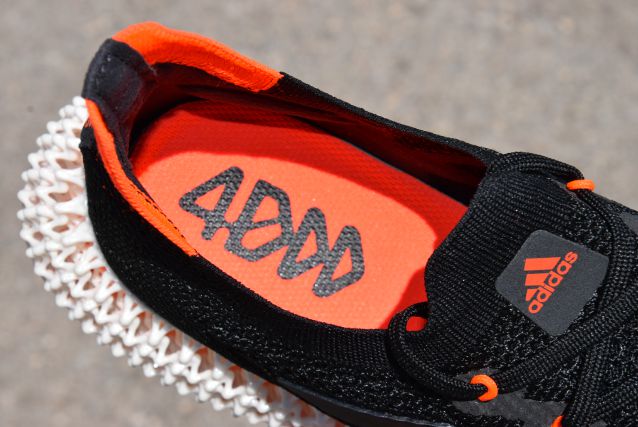 The structure is booty type, but since Primeknit is elastic, it makes it easier to insert the foot. Just in case, the heel is crowned in a way that creates a strap that will help you get your foot in without difficulty. As an anecdote to say that this buttress is not open in the central area, as adidas does in some of its models, especially in the Ultraboost saga. The symbol seen on the stub “4D >>” represents the “Forward” of the name (4DFWD). And there is still one thing related to the inside of the bowl and they are pads that will fit perfectly under the malleoli, increasing the level of support and comfort. 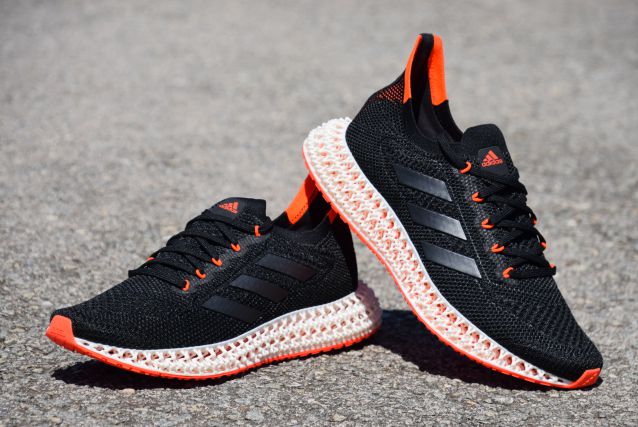 adidas 4DFWD is a running shoe focused on daily training that uses a midsole that supposes one of the greatest innovations of recent times. This midsole is built with 3D printing technology, but what really makes it special is the engineering that the German brand has worked on to improve performance.

It is a structure created in collaboration between the German adidas and the American firm Carbon after years of development between the two main adidas laboratories in Europe and America (adidas Innovation Lab in Germany and Futurecraft in the US). Said midsole consists of a complex framework that is capable of managing vertical impacts by transforming the braking forces caused by the impact into horizontal forward movement. That is to say, if you are looking for a shoe that encourages you to continue advancing, without a doubt that adidas 4DFWD, thanks to the engineering of its midsole, fulfills that task.

All of this is combined with a tough, grippy rubber outsole that is designed to assist the midsole in managing the footprint. On the top, it uses a knitted fabric of the PrimeKnit type, in one piece and in an ankle boot structure that will hold the foot comfortably and efficiently.

The weight is 333gr, while, with midsole heights of 32.5mm in the heel and 21.2mm in the forefoot, the drop is 11.3mm and although initially launched in a combination of black and red, there are already more combinations of colors (including the official one used by adidas in their models for Tokyo 2020).